From ancient times when the Romans sought to maximize their spoils of war to present day garage sales on eBay, auctions have always proven useful in pitting potential buyers against each other so the highest bid wins. When auctions are well-designed, they benefit everyone, including the bidders and the auctioneers, by ensuring a fair price is paid.

However, some auction designs are better suited for certain situations than others.

In 2020, Stanford University economists Paul Milgrom and Robert Wilson won the Nobel Prize in Economic Sciences for their contributions to auction theory, an applied branch of economics which predicts how bidders respond to different types of auctions.

What sets this work apart from other research in economics – even at the Nobel Prize level – is the rare mix between rigorous theory and highly relevant practicability. For instance, in the 1990s, the Federal Communications Commission used Milgrom and Wilson’s framework to organize a novel type of auction for radio frequency licences, resulting in hundreds of billions of dollars in sales. The auction design was then adapted and implemented in spectrum auctions in other countries, such as Canada, Finland, Germany, Norway, Sweden or the U.K.

But auction theory isn’t just a tool for maximizing profits. Thanks to mechanics that promote the fair value of prices, it can also be used to estimate inventory and fairly distribute limited resources, something that may be of great interest when equitably distributing COVID-19 vaccines, PPE, ventilators, and other critical healthcare infrastructure.

“If you have limited supplies of vaccines or PPE [personal protective equipment], how do you allocate that, taking ethical value into account? If you want to make sure that you prioritize different groups but don’t leave anyone out, how can you do that? These are not traditional auctions, where the best stuff is going to the richest people. What we are trying to do is not be wasteful,” Milgrom, told Times of India.

The Birth of Auction Theory

Growing up in Nebraska, Wilson would often head to the Saturday morning cattle auctions held close to his childhood home in York. The farm animals were brought to the spotlight, one by one, as an auctioneer’s voice rose over the rumble of the crowd to announce the new price and enticed potential buyers to bid over it.

This type of auction, where bidding starts low and prices go up, is known as an ‘English auction’. It’s the most common and most familiar type of auction, whereby each bid is public and each participant knows in real time how much more they need to bid in order to win the auction. It’s used to sell anything from artwork to livestock. However, it’s just one of many types of auctions in use today.

In contrast to English and Dutch auctions where information on other bid prices is open, ‘sealed bid auctions’ operate like a black box. In this type of auction, bidders provide their bids in a sealed envelope and only find out if they won when the auction is closed and envelopes are open to reveal the highest bid.

Auctions can be further broken down into how winners are awarded. In ‘first-price auctions’, the winner who pays the highest bid wins, whereas ‘second-price’ auctions select the second-highest bidder as the winner. This latter auction encourages bidders to bid as high as they can for inventory that they really want and is popular for selling internet advertising slots on Google. There are also ‘all-pay’ auctions where every bidder must pay their bid regardless of whether or not they won. Examples of ‘all-pay’ auctions include raffles and lotteries.

Each of these types of auctions have different bidding strategies, whose outcomes can be predicted using a bit of game theory. This is where Wilson and Milgrom come in.

The Winner’s Curse: When You Pay More Than the Item Is Actually Worth

Decades after he witnessed cow auctions as a child, Wilson became one the world’s foremost experts on auction systems. One of his main areas of interest was the ‘winner’s curse’ – the tendency for the winning bid in an auction to exceed the intrinsic value or true worth of an item.

His research showed that when different bidders have different information about what they believe is the fair price of an auctioned product, the bidder that overestimates the value the most will tend to win. In doing so, the winner pays more than the item is worth, incurring a loss. However, in some instances the winner’s curse may end up ruining an auction if the bidders are worried they might pay more than an item is worth, so they’ll bid less and reduce revenue for the auctioneer.

Later, Wilson would go on to coordinate and advise Milgrom’s PhD thesis at Stanford in the 1970s. The two would continue to work together and jointly set the basis for auction theory in order to minimize the winner’s curse and invent new auctions that allow the most suitable bidder to lay claim to something. This is how they eventually designed the ‘simultaneous multiple round auction’ (SMRA) – a system whereby bidders could see what others were prepared to pay and reassess their bids in multiple rounds until there was no excess demand – in place of sequential auctions, which the Federal Communications Commission in the United States began using in 1993. In other words, they found a way to make the system more efficient.

The leading economists’ designs have been adopted by various industries, from electrical companies looking to sell electricity during peak periods to fisheries that need to reallocate fishing quotas.

“In general, there are many auctions that occur in the world where there are lots of things interacting and the auction can’t be just a one-by-one purchase or sale of any individual piece. It has to take into account how they interact in the whole system,” Milgrom said in a profile piece published on the Stanford website.

The problem is also put to the test in one of the most challenging events of the 21st century: the COVID-19 pandemic.

At the height of peak panic as the coronavirus pandemic swept over the world for the first time, governments were forced to make rushed decisions. Suddenly, there was a huge demand for face masks, ventilators, and all sorts of medical supplies, leading to huge price hikes and a lot of wasteful distribution of resources.

While supply and demand economics have reached a new equilibrium, there are still a lot of inefficiencies and inequity when it comes to the COVID-19 vaccines. Worldwide, just one in four people have been vaccinated with at least one dose. However, the distribution is incredibly unequal. While over 50 percents of adults in the United States, the European Union and other high-income countries are vaccinated with at least one dose, only one percent of people from low-income countries have received a vaccine. 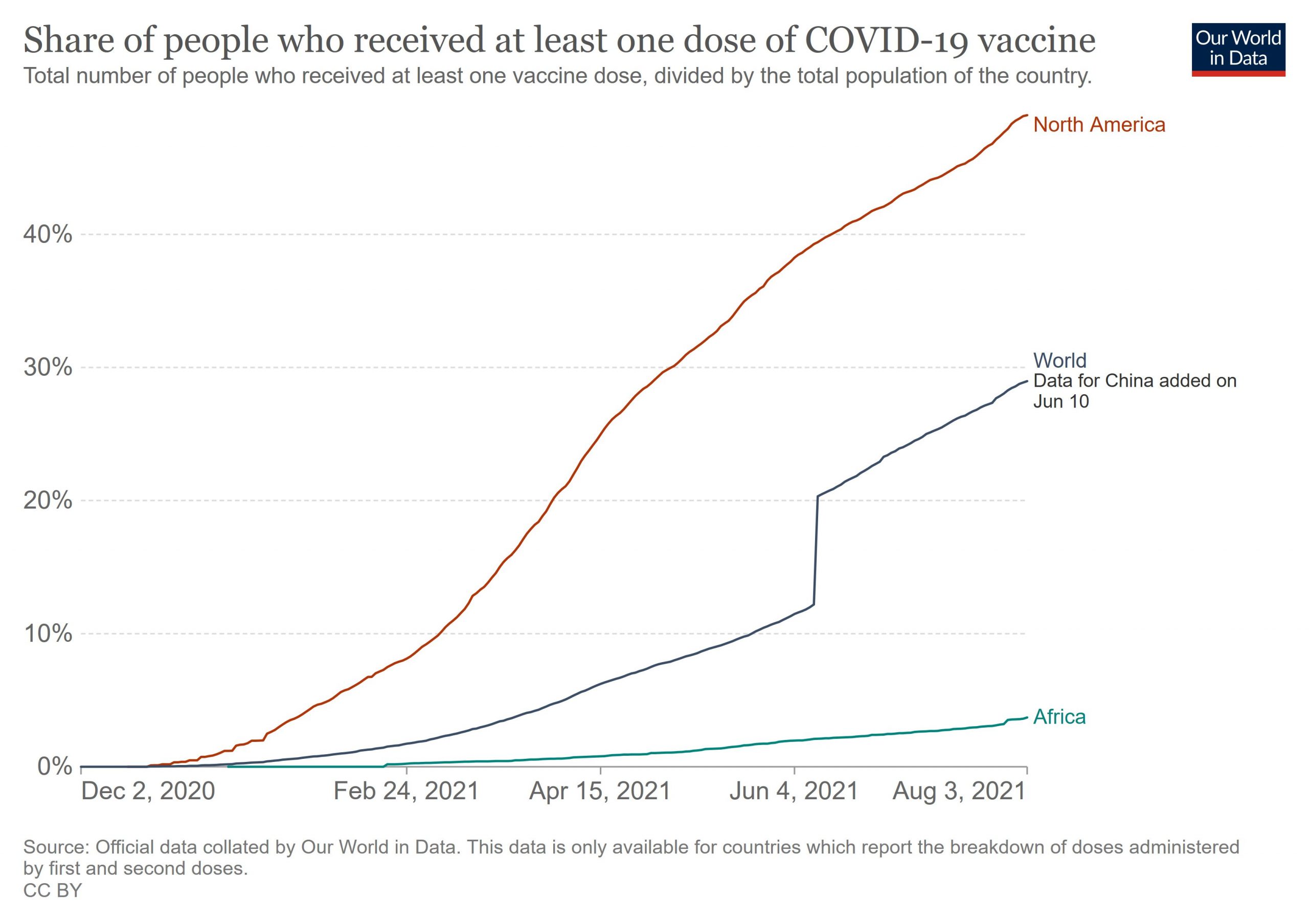 Allocating vaccines cannot and should not be approached in the same way we traditionally allow shortage crises to unfold: by letting the market award items to those who can afford the highest bids. As the rise of dangerous new mutations has shown, allowing the virus to run amok in unvaccinated populations can come and bite back rich countries. It’s thus in everyone’s best interest to stop this pandemic as fast as possible, and this is only possible through global, concentrated vaccination campaigns.

As vaccine supply chains become more robust, the gap between supply and demand will become increasingly narrow. But, at the moment at least, the distribution of this precious serum obviously favours rich countries at the expense of poorer countries with much more numerous populations.

The problem of distributing vaccines may be the most important test of auction theory. It could save millions of lives in the long run. But that’s only if science is allowed to take precedence over politics.