Developing Scientists in Developing Countries
Back

Growing up in Costa Rica in the early 90s, I remember seeing Costa Rican astronaut Dr. Franklin Chang Diaz in newspapers, televisions and billboards across the country. Seeing him in the media, as he floated around a space ship and tinkered with its mechanics, inspired my generation to believe nothing is out of our reach and motivated many, including myself, to pursue a career in science. Ultimately, I discovered my passion did not lay in aeronautics but rather in understanding the rules that govern biological systems and in particular the human body. However, without a clear role model paving the way for me, I am not sure I would have pursued a career in this field.

Science has given me the opportunity to move across four countries and meet scientists from all around the world. For many of them, a clear role model has been fundamental in their decision to pursue a career in science. Particularly for people in developing countries or minorities and people from low income communities in developed countries, a lack of representation in science often makes it hard to understand what steps are needed to pursue a career in science, technology, engineering and math (STEM). It can also be very discouraging when you cannot identify people from your country or communities working in the jobs or fields you are passionate about.

Beyond strong role models, there are many ways in which scientific interest in developing countries can be expanded. Together with my colleague Kevin Alicea Torres, we recently started a podcast titled “Caminos en Ciencia” (Pathways in Science). Here, we interview Latin American scientists at different career levels (undergraduate, graduate, postdoctoral, professors, industry and government) working across the world, with the hope of making scientific careers more tangible and accessible for people within our region. Through these interviews we have learned a lot about how developing countries can develop scientists and I summarise some of the most valuable lessons here.

Starting early is crucial.  In the United States, programmes such as “Upward Bound Math Science” aim to provide early exposure and training in STEM fields to low-income and first-generation college students. Through easy experiments, high school students learn about the scientific process and what steps are required to pursue a career in a STEM field. Similar projects have grown in developing countries; however, there are still many opportunities to further expand these programmes, for example, universities in developing countries could form stronger partnerships with local high schools, to expose students early on to laboratory work and scientific thought. Additionally, non-profit organisations can fill many gaps. Science Slam Festival Uruguay, an event sponsored by UNESCO, brings science to children and adults through art and interactive activities.

Science camps, high school internships, stargazing events, science pub talks, and kindergarten programmes can be implemented at low cost to expose people from different age groups to science. A great example is “Integrating Science in the Philippines” a group started by Filipino high school students. Co-founder Paulo Joquiño explains, “we identified a wide gap in STEM training between science high schools and other schools in the Philippines and thus founded ISIP to try to bridge this gap by bringing scientific opportunities and lab exposure to underprivileged high school students all across the country.”

In many developing countries, the quality in educational training in STEM differs greatly between public and private schools. To counteract this, public vocational and technical schools have emerged as a great opportunity to capture and grow scientific talent. Dr. Darel Martinez, from the Center of Molecular Immunology (CIM) in Cuba, attributes part of Cuba’s strength in forming scientists to vocational high schools that emerged in the early seventies. “The focus of these institutions has been to identify students with high affinity to STEM fields early on and provide them with strong scientific training throughout high school” explains Darel. “This has allowed the country to achieve important scientific breakthroughs while working with relatively lower resources. One such discovery is the lung cancer vaccine CIMAvax,” he adds.

Role models play a key role in sparking scientific interest. Role models can be family members, scientists, engineers, teachers, neighbours, friends, etc. “I had no concept of what being a career scientist meant until a friend of mine mentioned it to me in college” says Mariel Coradin, a Dominican scientist who is currently working on her PhD at the University of Pennsylvania. “Without the mentorship of Prof. Gary Toranzos, with whom I worked with during my undergraduate studies, I wouldn’t have further developed my interest in science and I wouldn’t be where I am today,” she adds, underscoring the importance of role models and mentors in developing scientists.

4. Funding science when resources are limited

Limited funds for science and research can be a strong deterrent towards pursuing a career in STEM fields. Developing countries often must allocate their funds to other priorities, making it challenging to fund basic research. However, many alternative mechanisms have emerged to allow science to be funded in these places. In Costa Rica, the Central American Association for Aeronautics and Space tapped into crowdfunding to send the region’s first satellite into space. The satellite bearing the name Irazú in honour of one of Costa Rica’s main volcanoes was launched earlier this year. Further, international collaborations are an excellent way not only to fund but also to advance science. “We are part of an international collaboration funded by the Medical Research Council that includes Costa Rica, Scotland, Nepal and Malawi. Our aim is to combine genetic and epidemiological risk factors to understand how they influence mental health,” says Dr. Henriette Raventós Vorst from the Center for Cellular and Molecular Biology at the University of Costa Rica. These international collaborations not only allow for funds to reach countries with less resources but also provide novel and unique scientific insight to advance scientific fields. Non-profit organisations, public-private partnerships and start-ups are also alternative ways to fund science. “At CIM in Cuba we fund a great part of our research through ciclo cerrado (closed cycle), this is a strategy in which we sell kits, compounds, vaccines and other products that we develop to fund new research in our institution,” explains Dr. Darel Martinez.

Lastly, to develop scientists in developing countries a concerted effort is also required from media and government to promote science. Sections in the newspaper or in daily TV news highlighting different national and international scientists, as well as their scientific findings are key to bringing science closer to the public and making scientific careers more tangible. Further, highlighting science as a tool for development is crucial. In Costa Rica, the government recently announced that they would work together with astronaut Dr. Franklin Chang Diaz to introduce hydrogen buses in an effort to become carbon neutral by 2021. It is not the first time that the Costa Rican government has worked with scientists to provide novel technological solutions to our country’s challenges.

To conclude, while many of these lessons are crucial for developing scientists in developing countries, most of them can also be applied to spark scientific interest in low income and underprivileged communities in developed countries. Promoting scientific diversity, international collaborations and developing scientists worldwide not only provides means to allow communities and countries to further develop and prosper but also enriches and advances science by introducing novel ways of thinking, ideas and solutions. 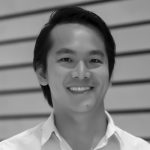 #LINO18 young scientist Enrique Lin Shiao (@enrique_lins), Ph.D. candidate in Biochemistry and Molecular Biophysics in the laboratory of Dr. Shelley L. Berger at the University of Pennsylvania, is a Costa Rican scientist, who has done research in Costa Rica, Germany, the UK and the USA. He is also the cofounder of “Caminos en Ciencia” (@caminosciencia), a podcast that aims to bring science and scientific careers closer to the Latin American region.