An Abiding Memory – The...
Back

The town’s medieval style and the fascinating views of nature were the first things that caught my attention when I arrived at the artistically beautiful Island of Lindau. The spectacular emerald green water surrounded by the Alpine peaks was a simulator for creativity and all the inspiring conversations that took place throughout the week.

Nobel Laureate Donna Strickland kicked off the Lindau lectures on Monday, 1 July, wishing all Canadians a happy Canada Day. After she elegantly laid down the principles of high-intensity laser physics, Nobel Laureate Gérard Mourou, who shared the 2018 Nobel Prize in Physics with Donna Strickland, filled the lecture hall with his passion for extreme light.

The boundaries of light and matter interactions have been drawing my attention for quite a while. After his lecture, I had the pleasure of chatting with Gérard Mourou about the interconnections of the fields of optics and particle physics. Our conversation started with vacuum materialisation and how ultra-relativistic light can produce particles and anti-particles to talking about how the utilisation of short laser pulses can shrink massive particle accelerators down to a chip like size. 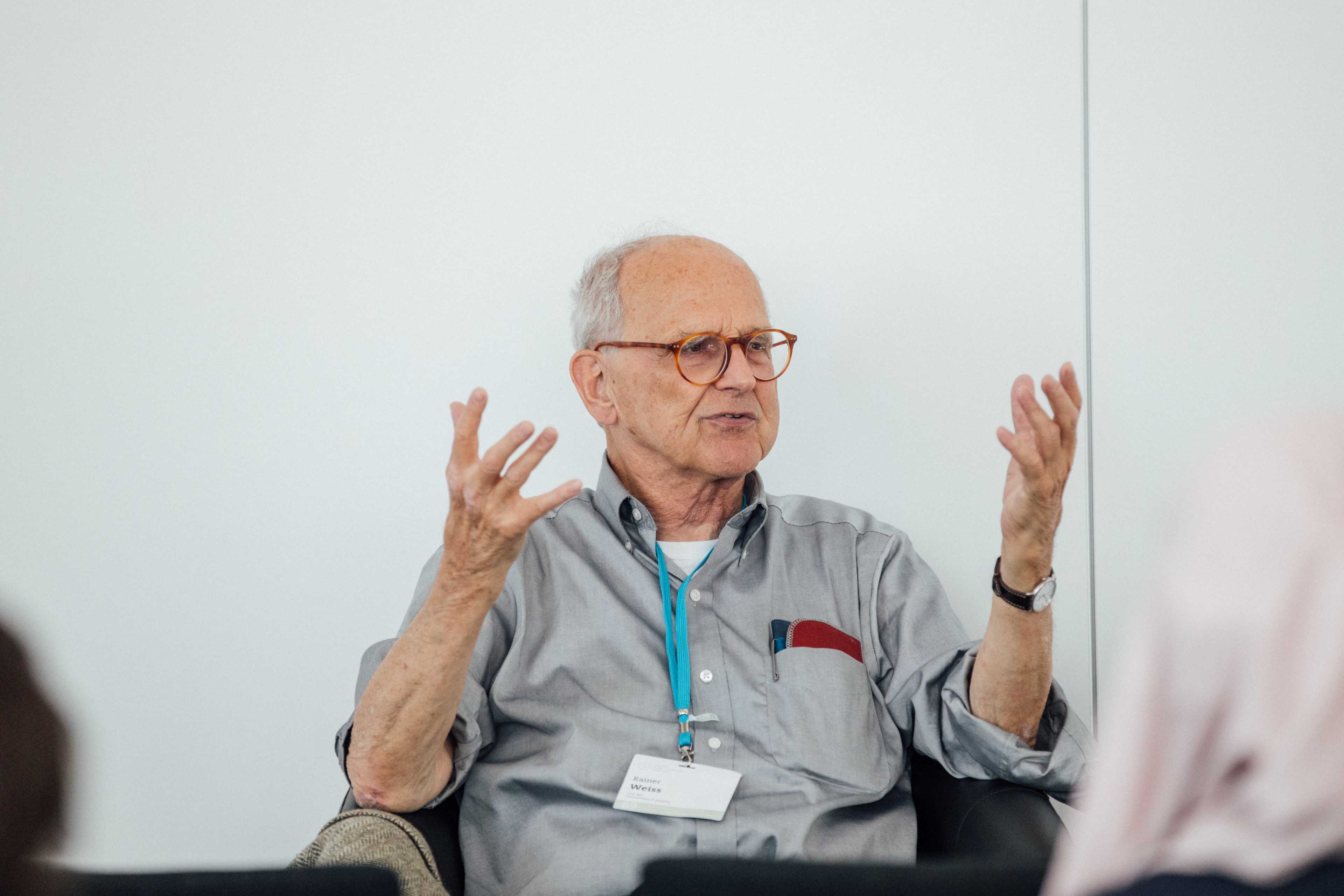 In the afternoon, young scientists were given the opportunity to discuss the morning lectures with Nobel Laureates in research-oriented discussion sessions called Open Exchange. I found these programme sessions to be an excellent opportunity to learn about the laureates’ views on science and the great discoveries that led to the Nobel Prizes. Tuesday’s Open Exchange with Laureate Rainer Weiss, however, stood out quite much to me. It was filled with laughter, suspense, and ‘aww moments’ as the laureate was talking about his scientific journey and the first time of which he thought of the LIGO experiment. After the Open Exchange, LIGO turned in my eyes, from being a powerful scientific experiment to a set of mirrors that brilliantly reflect Rainer Weiss’ life story and appreciation of science.

Throughout the week, young scientists were given the opportunity to present posters about their work. The posters covered numerous flavours of physics and were rich in creative ideas. The ‘Simulations of Cosmic Networks’ by Anna Kormu stood out to me as it complemented some ideas of a ‘Neural Networks’ project I worked on previously. I sadly did not get a chance to chat with Anna during the meeting, but one of the great aspects about the meeting’s organisation is that its team has combined all the participants’ information in a handy directory as well as on an online Alumni Network. Such made the matter of emailing Anna with all the question a piece of cake!

The meeting’s team has also organised some fantastic workout and yoga sessions for young scientists throughout the week. Mine was on Tuesday morning. I found it to be a very needed refresher as I focused on my internal energy, witnessed the sunrise and heard nothing but the birds chirping and the sounds of water waves meeting the shore. It was indeed a great chance to reflect on the way I do science and get re-energised for the rest of the meeting week. 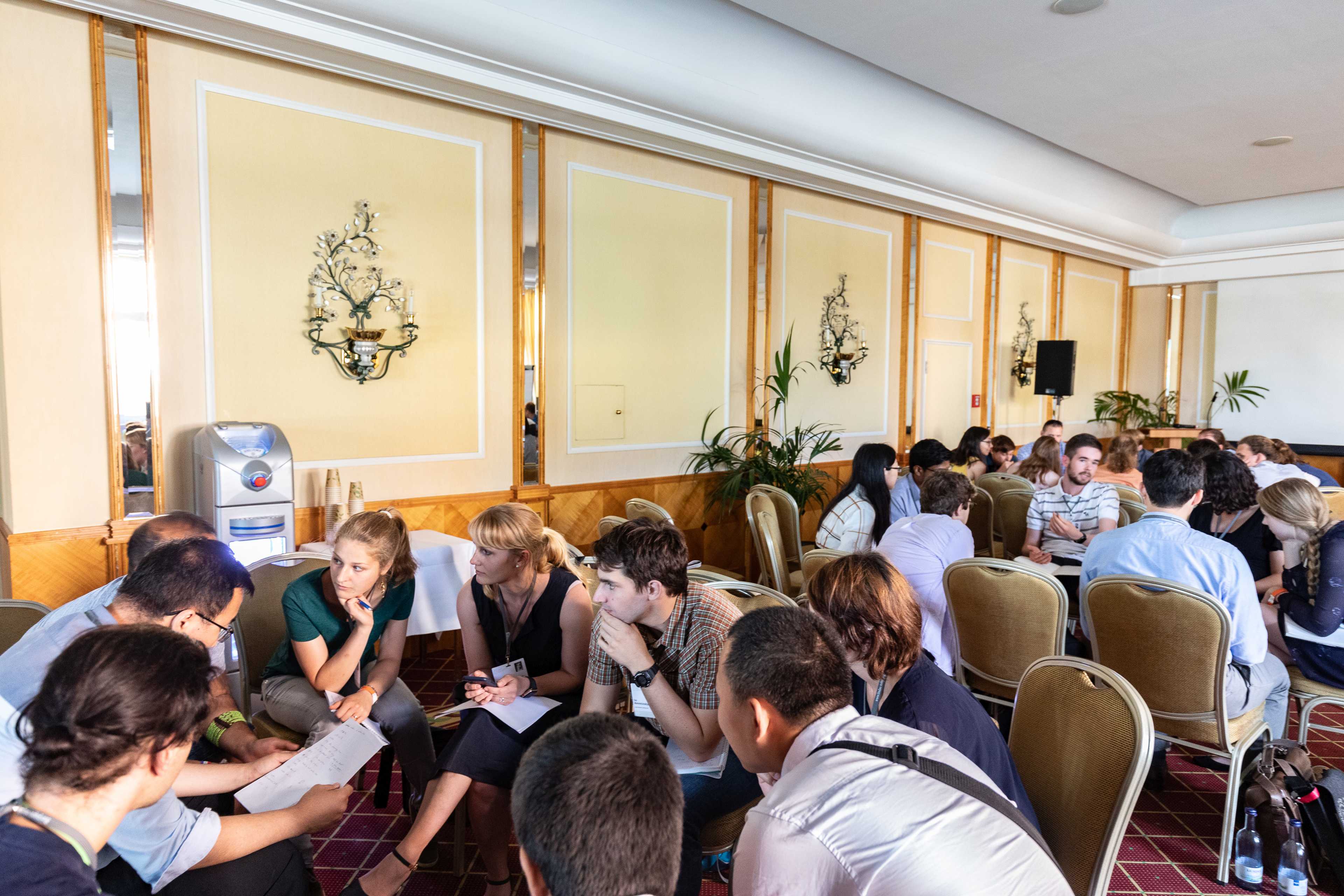 The whole week in Lindau was filled with thought-provoking talks and interesting discussions with Nobel Laureates and young scientists. Wednesday and Thursday, however, were special as they provided the opportunity to participate in so-calles Master Classes. In analogy to music schools’ Master Classes, the meeting team has organised the sessions for young scientists to present their work to a Nobel Laureate. I had the pleasure of witnessing Nobel Laureate Brian Schmidt’s Master Class titled ’The Transient Universe‘. Four Master’s and PhD students presented rich sets of data from the Southern African Large Telescope and the H0LiCOW collaboration, as well as sky surveys, such as the Commensal Radio Astronomy FAST Survey and the High Time Resolution Universe of the Northern Hemisphere.

On the last meeting day, the participants gathered early in the morning, at the harbour of Lindau for a magical boat trip to Mainau Island. The poster prize winners were awarded on the boat. It was a great delight to see our Canadian fellow, Vanessa Graber, as one of the winners for presenting a poster titled ‘Probing Neutron Star Astrophysics with Laboratory Experiments’.

A Science Picnic followed the panel discussion ‘How Can Science Change the World for the Better’ on Mainau Island. We got a chance to walk around the island and enjoy some of the breath-taking views over Lake Constanze. We were lucky to have Vanessa with us who grew up in the area of Constanze. Our perspective on things was changed as she explained the history and significance of the monuments.

After we said ‘goodbye’ to the Nobel Laureates and some of the young scientists, some of the Canadian fellows and I went for a shore walk to take our last pictures of Lindau.

Lindau was indeed a unique place for intensive exchange of ideas and memorable personal encounters – an abiding memory.

#LINO19 young scientist Tarnem Afify is a researcher at the York University in Toronto, Canada. She is currently working in the AstroMed project that aims to integrate both astronomy and medicine to unravel the secrets behind Dark Matter. Tarnem is also founder and Chief Executive of Future Women in Physics Society. She was former Representative in the International Association of Physics Students at the Canadian Association of Physics and used to be a President Ambassador of the York University.