Hepatitis C is a viral disease that affects approximately 71 million people worldwide. Depending on the region, roughly 0.5 – 2.5% of the population is infected. It is a blood-borne disease, nowadays primarily transmitted through sharing needles amongst drug users. Four out of five of those infected do not show any symptoms and so are unaware they have an illness that causes scarring of the liver (cirrhosis) and that may ultimately lead to liver cancer. About 400 thousand people die of hepatitis C each year.

The 2020 Nobel Prize in Physiology or Medicine is awarded to Harvey J. Alter, Michael Houghton and Charles M. Rice, “for the discovery of the hepatitis C virus”. In a year that may be dubbed, “the year of the virus”, this Nobel Prize crowns over half a century of research.

Not the First Nobel Prize for Hepatitis 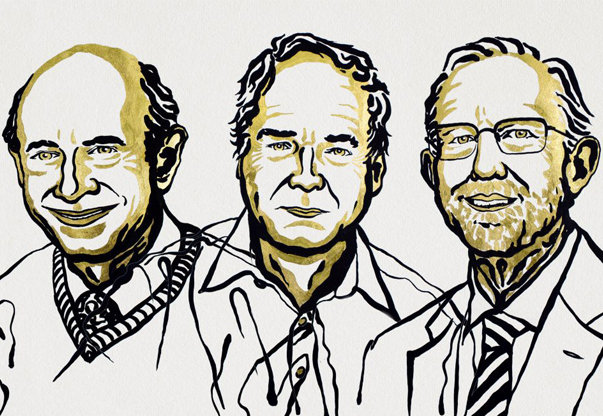 In 1963, Harvey J. Alter was a recent medical school graduate working at the blood bank of the National Institutes of Health (NIH). While collaborating with the geneticist Baruch Blumberg, he happened to discover the “Australia antigen”, a protein in the blood of a haemophilia patient. It was only a curiosity at the time, but Blumberg pursued the problem at the Fox Chase Cancer Center in Philadelphia and demonstrated that the Australia antigen was a surface antigen of a new virus, hepatitis B. Within several years, it was established that hepatitis B was a widespread disease and a leading cause of liver cancer. Blumberg was awarded the Nobel Prize in 1976. Upon leaving the NIH in 1964, Blumberg had invited Alter to join his research team. He declined. In a short autobiography published in 2013, Alter wrote that he is happy with his decision, yet sometimes wonders whether he would have shared the Nobel Prize with Blumberg if he had followed him to Philadelphia.

The group determined that the agent was a virus and that it was transmissible to chimpanzees, the only animal that can contract hepatitis, but they couldn’t find a way to isolate the DNA. In his frustration, Alter even wrote a short poem about the elusiveness of the new virus: I think that I shall never see/ The virus called non-A, non-B/ A virus I cannot deliver/ And yet I know it’s in the liver.

One Hundred and Fifty Nucleotides

Across the country in California, Michael Houghton had spent nearly seven years at the biotechnology company Chiron trying to find the DNA clone from the “non-A, non-B” genome. In a phone interview with Nobel Media’s Adam Smith, Houghton described how he would observe hotels being built around the building where he worked, thinking they would surely manage to isolate the clone by the time the hotel was finished. “But no…I think they had to erect about ten hotels before we finally found it!” 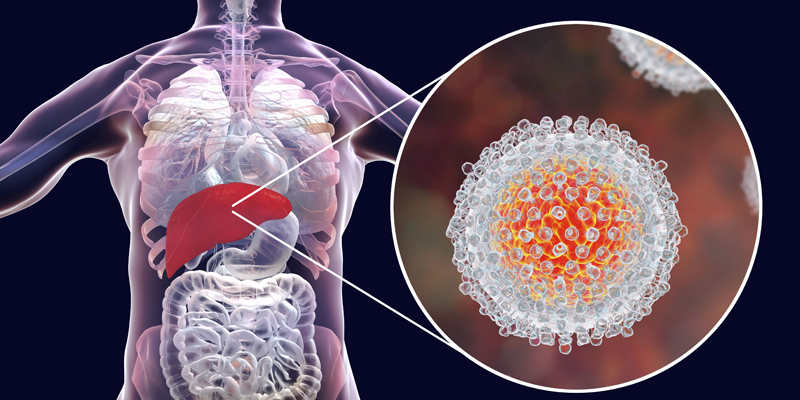 Houghton and his team had created a DNA library from the blood of an infected chimpanzee with a high viral load, which was screened with blood from a “non-A, non-B” patient, containing antibodies. The team tried about 30 different approaches to find this tiny piece of viral nucleic acid, containing 150 nucleotides, one clone out of hundreds of millions of clones. It was more than needle in a haystack work. “We didn’t have the tools available then that we do now”, Houghton recalls.

Once the virus was identified, efforts were directed to create an antibody assay to screen blood from donors, signalling an end to post-transfusion hepatitis. In 1990, the group published an article officially naming the hepatitis C virus (HCV). It was found to be a RNA virus, related to the flaviviridae family.

These were the types of viruses Charles M. Rice specialized in. He started a pilot project in 1990 to decipher the molecular biology of HCV. At that point, the prime objective of HCV research was to induce the virus to replicate and infect cells in laboratory conditions. By 1997, Rice had constructed DNA clones of the virus, and their RNA transcripts were proven to infect chimpanzees. This meant that HCV was indeed the causative agent of hepatitis.

The results spurred further work on developing infectious HCV in laboratory-grown cells, which in turn progressed the study of the virus in a mouse model – a vital step in designing therapeutics. Today, several targeted HCV antivirals are used in treatment with a very high success rate. There is still no vaccine.

For Rice, the Nobel Prize is a “distraction” from his ongoing research on COVID-19. For someone who has observed the trajectory from HCV identification to cure, the high-speed activity on COVID-19 is “breathtaking”, said Rice in an interview: “It’s changing the way science is done.”

Hanna Kurlanda-Witek is a science writer and environmental consultant, based in Warsaw, Poland. She has a PhD in geosciences from the University of Edinburgh, where she spent a lot of time in the lab. As someone familiar with both worlds of research and industry, she enjoys simplifying science communication across the divide.