Will saving the future of...
Back

Government investment in scientific research is not just an investment in the future of young scientists, but also that of mankind.

The life of an early career scientist is not easy, and there are a lot of distractions and dangers along the road. As a clinician who has only recently re-entered the world of science during my doctoral studies, I frequently witness the amazing work and determination of the scientists at the research institute where I am studying. These researchers often stay back late, performing long experiments or working towards important deadlines. They bring their work home with them, and regularly conduct weekend experiments, no doubt to the dismay of their family and friends. They do this with no monetary reward or incentive. Sometimes, the hard work and time spent away from home pays off, but tackling problems at the extreme frontiers of human knowledge has its challenges, uncertainties and risks. Experimental failures are common, and negative results the norm rather than the exception. Nevertheless, they push on, despite the fear of the unknown or failure, or even running out of fuel (i.e. funding) before they reach their destination. And they do so with the same refreshing resilience, courage and determination that I often see in patients having to face a long battle against a deadly disease. The way these scientists go about their work is as inspiring as it is sobering, and I am sure every research institute is filled with similarly amazing unsung heroes. In the past few weeks, young researchers across Australia are celebrating the recent news that the Australian Government’s latest budget will see a significant increase in funding for health and medical research. Currently, in the world of medical research, the recent drought in research funding has led to alarmingly low success rates in project grant funding. This sustained adverse climate change is a phenomenon that is probably not just unique to Australia, but affects research ecosystems across the globe.

A metaphor from the animal kingdom

Young and early career researchers rely on personal income to support the costs of living, but more importantly, project grants to support their research. We are particularly vulnerable in times of resource scarcity. Our struggle for existence is very much like that of the newborns and juveniles in a herd on the African savannah. There are many predators and environmental hazards along the way, and we very much rely on the experience and the guidance of our laboratory and institute heads (i.e. herd leaders) for survival. But equally important members of our herd are the postdoctoral scientists (the young adults), and it is on these postdoctoral scientists many of us “greenhorns” depend. Some postdoctoral scientists will one day branch off to start their own herd and rear their own young, while others prefer to stay on as integral members. But irrespective of their future plans, they stand watch over the less experienced; their guidance and experience helping us neophytes learn faster and hopefully avoid the same mistakes they once made. Resource scarcity (i.e. a funding drought) affects the entire herd, especially the postdoctoral scientists, and with fewer eyes left to stand watch, there would be many more unfortunate and avoidable ‘losses’ among younger researchers along the way. 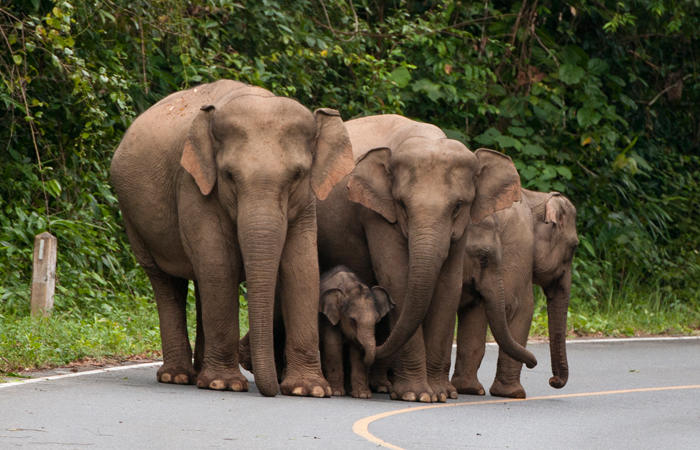 Early career researchers rely on the more experienced members of their herd for survival. A funding drought puts everyone in peril, most of all the young and inexperienced. Photo: Xavier Sandel (CC BY-NC 2.0)

Migration or mass extinction? The unfortunate effects of sustained drought in the research world

A funding drought has several potential effects. At its most severe, it can lead to a mass extinction of an entire research ecosystem. If this occurs, it may be years before another research program moves in to fill the ecological niche of the former. Even so, its successor may not have the same biodiversity or institutional memory of the former. Alternatively, a drought can force a mass migration, especially among the postdoctoral scientists. In times of resource scarcity, researchers may become less adventurous, and prefer to concentrate on “conservative” research questions and experiments that are more likely to generate positive results. Riskier endeavours undertaken in a harsh desert climate, especially if unsuccessful, are more likely to have a damaging effect on their professional reputations and may adversely affect their chances of survival. 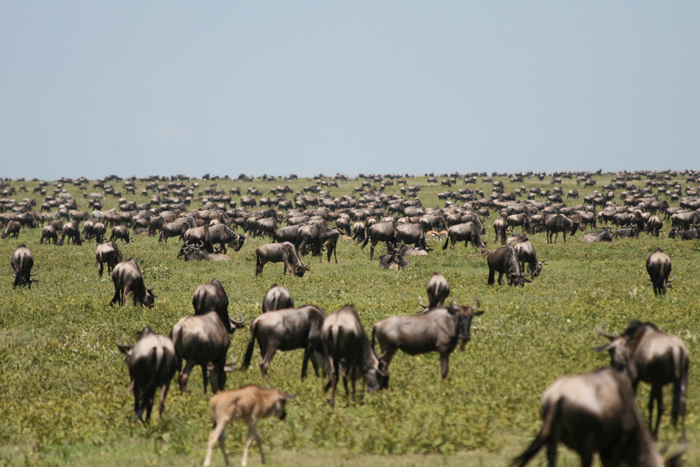 Like the wildebeests of the Serengeti, researchers may also start to look for greener pastures when the funding runs dry. Photo: Noodlefish (CC BY-NC-SA 2.0)

The hope of future lifesaving rain

Government investment in scientific research is not just an investment in the future of young scientists, but also that of mankind. If humanity is to survive beyond the 21st century, we really need the ground-breaking discoveries that will improve health and quality of life, while reducing the impact of disease and mankind’s environment footprint. Having grown up in times of hardship, researchers have learnt adaptability and thriftiness; this will put them in good stead when more resources become available, just as the desert biosphere transforms when the spring rains come. They will be able to commit to other projects, those with longer term goals and far-reaching potential benefits. But more than anything, the promise of future research funding provides hope of future rain, something which will help sustain all members of the herd through times of drought and hardship. It may very well encourage a young undergraduate science student or a high school student to remain true to Science, someone who may have been otherwise lured into another career path and whose future discoveries might have been lost forever. And who knows? That high school student may end up being the future Nobel Laureate who finds an important discovery that mankind desperately needs. Saving those future scientists may help humanity save itself. 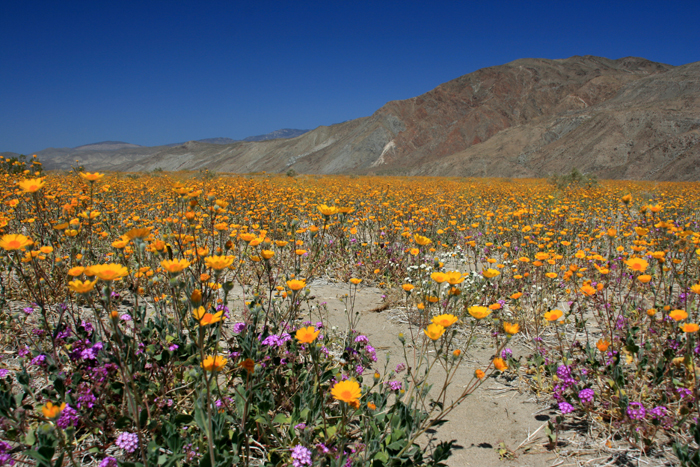 Even after a prolonged drought, rain can bring new life to a desiccated research landscape. Photo: Kevin (CC BY-NC-SA 2.0)