What’s needed to succeed in...
Back
More interdisciplinary research and less bureaucracy – These are the two main topics echoed many young scientists from various developing countries, asked what they see as a need the sciences in their countries at the Lindau Nobel Laureate Meeting (LNLM) 2014. Lindau currently hosts 600 young scientists from 80 countries, with most of them from developing ones like India, China, Romania, Brasil, Mexico etc. These scientists from different educational and national backgrounds cited two major impediments in doing good research in their nations – lack of interdisciplinary approach, and delays due to inefficient bureaucracy. 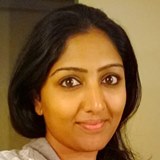 Dhanya Nambiar, a senior graduate student in a leading research university in India, who spent some time in the US as a Fulbright scholar, says: “Experiments that I can do in one month in the US, take me six months in India. Time delays due to bureaucracy and companies being based mostly in the US are the main reasons. These days when most people in science have similar ideas, time is of paramount importance. Loosing time is loosing good publications and hence a good career.” 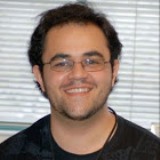 Cleidson Alves, a post-doctoral fellow in the US who completed his PhD in Brazil, concurs and adds, “These two dampening forces demotivate most of young PIs who return from the US, UK or Germany; and it’s difficult to not succumb to.” Message: Mediocrity breeds mediocrity. “I see many PhD students and post-docs from developing nations coming here seeking better financial and research opportunities”, mentions a German researcher on condition of being anonymous. Satya Tapas, a post-doc at the Indian Institute of Science (IISc), adds, “I haven’t received part of my due fellowship from the government agencies for past one year. I don’t think funds are lacking – it’s all about bureaucratic delays.” These delays, which are often unheard in developed countries like Germany, US and UK, demotivate researchers who decide to spend their most productive years of life in science. Lack of collaborations Another major difference that Dhanya brings out in scientific research setup in India vs. US is “In India, I often do not see PIs or students keen to collaborate with others, but in US, PIs and graduate students from different fields sit together and realize very well that collaboration increases efficiency, and is often needed today, given the rapidly dissolving disciplinary boundaries of science.” A similar lack of collaboration is also seen between research and clinic. Ioana T Torolean, a final year medical student in Romania, opines, “Surely, our medical education curriculum needs to be updated to the state-of-art research. ” 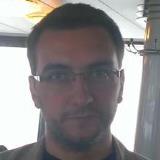 Ciprian Tomulease, an MD-PhD in Romania who spent some time in the US, adds “At some medical schools, every professor is forced to do research. That’s not the way to bring about research-clinic collaboration. One should have different options – some of them are excellent at teaching but not so interested in research, and vice-versa.” Anand Jayasekaran, a physician from India who later completed his PhD from Singapore offers a solution, “In Singapore, people can be clinical scientists or clinical instructors or clinical educators – different streams chosen to accommodate different people with different interests, all of which are important for efficient clinic-research cross-talk.” On being asked what motivated him to pursue science after being a physician, Anand mentions optimistically “Our medical institute had a series of symposium by renowned scientists, telling us about the latest research. 3 students out of 16 from my batch did a PhD, and the percentage is only increasing.” “The funding situation in research has got much better than what it was a decade ago, and I believe there are good research opportunities back in Brazil”, says Cleidson. This optimism is reflected in many other young scientists too who expressed their interest in returning to their home countries for a career in science in near future, “because the number of internationally trained personnel is increasing- that implies that collaborative inter-disciplinary research, which has become a need these days, is becoming more prevalent.” Surprisingly, most young scientists disagreed with the commonly held notion that lack of infrastructure is the major impediment. “It’s the lack of conducive environment for research that worries me more.”, conclude Dhanya and Cleidson, “Of course, the quality of life needs to be improved too to match the standard of that in developed nations like US, UK and Germany.”