Walter Gilbert: Big data and...
Back
The Laureate who devised the DNA sequencing method discusses his apprehensions about medical applications of big data and genome sequencing. Walter Gilbert received the Nobel Prize in Chemistry in 1980 for devising the DNA sequencing method. He shares his views about the revolution his work has brought about in next generation sequencing, and collection of ‘big data’. He shares his apprehensions about their medical applications. 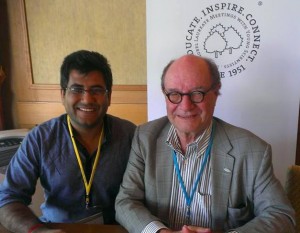 Mohit Kumar Jolly (MKJ): A PhD in mathematics, Nobel winning work in molecular biology and a Nobel Prize in Chemistry – how did you manage to tread these three different fields when interdisciplinary research was not that common? Walter Gilbert (WG): I have changed fields many times in my life, because I have always wanted to explore new things. I started with chemistry and physics as majors in college, but found chemistry boring, so I focused on high energy quantum field theory. After my PhD, at a physics faculty at Harvard, I worked on advanced quantum mechanics and electromagnetism. Then I met James Watson in Cambridge (UK) at a party. He gave me six papers to read about experiments they were doing in molecular biology. I visited their lab and got really excited by their work. So, after graduating several students in theoretical physics, I became a molecular biologist. At one point in time, I even ran a company (Biogen) – 1980. I was the CEO for five years. It was a totally different experience. I closed my lab in 2002, these days I am a consumer and a producer of contemporary art.

WG: I have always found it very easy to change fields. In this process, I have realized that the purpose of education is to make you think about all different kinds of things in the world.

MKJ: You received the Nobel Prize for DNA sequencing. When do you think we can get our genomes sequenced cheaply and know about the potential diseases we may get? WG: Sequencing is definitely becoming cheaper and more accessible. One can sequence a couple of genomes today for $50,000. In 1985, the cost of human DNA sequencing was thought to be around $3 billion. I am hopeful that by 2020, drug stores can do genome sequencing for a few hundred dollars. But, one must be careful – whole genome sequencing is not at all accurate for medical diagnosis. I got my own genome sequenced, but they missed the local rearrangements in my genome – it was not well curated. Also, it’s a common belief that once we can sequence the genome, we can edit it to have babies with higher IQ for example. This is a big myth, because it’s very rare that one gene corresponds to one property. 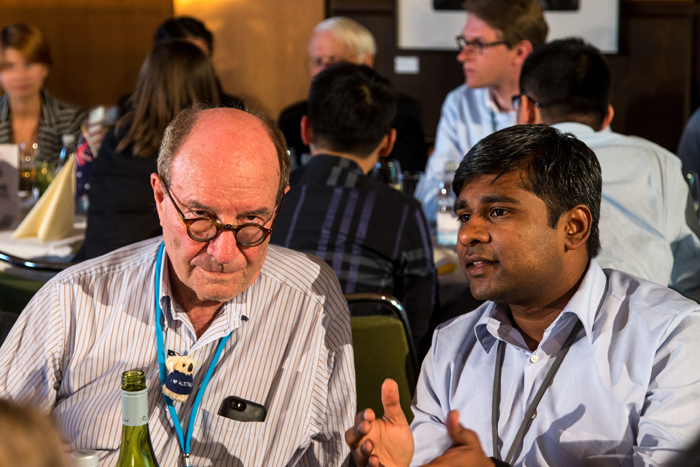 MKJ: A major topic of discussion these days is ‘personalized medicine’. What do you think about its prospects? WG: I support the cause of personalized medicine. I believe that it has two underlying themes – each one of us has a different metabolism, and each one of us has a different manifestation of the same disease. My cancer is not the same as your cancer, so the only way one can categorize ultimately is to have a limited number of subtypes and then develop drugs against those subtypes. But as you can see, big pharma companies of course do not want people to believe in personalized medicine. Otherwise how would they sell their generic drugs? I don’t understand why they don’t realize that clinical trials get easier and much cheaper with subtyping – they do not play this market game well. MKJ: Another fad these days is ‘big data’. Your views on that? WG: Big data promises to collect large sets of data and find associations between genes and diseases. There’s definitely something useful in the data collected, but the danger is that we have no clue how to interpret it. Also, you must remember that all statistically significant things are not biologically significant. So, it’s definitely not a panacea. MKJ: There was a recent controversy about patenting genes. What would you say about that? WG: I agree with the Supreme Court decision that one cannot patent anything that exists naturally. Since a gene is a part of the genome, I don’t think one should be allowed to patent it. But companies are allowed to patent some genetic tests that identify risks for certain diseases based on one’s genes. I think that patenting is absolutely ethical. It is a social construct where we give monopoly to an inventor in return of an invention he/she has made. Patents only control commercial application, not the research application. 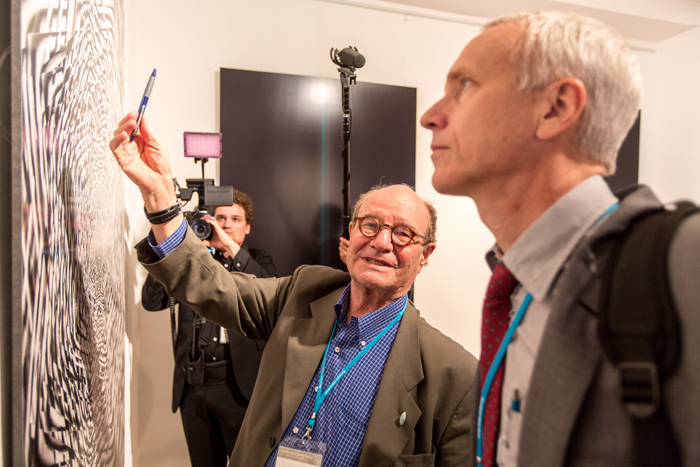 MKJ: You have been in science for a long time. What problems do you think have crept in today’s setup of pursuing science? WG: We are spending money on problems that can have immediate outcomes. Then we are forced to use only our current level of understanding. The basic question is that what we don’t know. Imagine that if we would have asked Benjamin Franklin what importance does the ‘spark’ that he found has, would we have had electricity today? Another major problem is the explosion in scientific manpower that has not necessarily led to the betterment of science, especially in biology. In fact, bad material that gets published has increased. I agree with Randy Schekman that in biology, the top journals (Cell, Science and Nature) have created a mess. They tell the authors “Give me the headline, not the data”. And then we see retractions and shattered careers and dreams. There should be better refereeing to prevent such cases. MKJ: What advice would you like to give to young scientists? WG: Do not blindly believe whatever you read. I often used to give my students papers that said opposite things, and then tell them to explain me how they were consistent, if at all. Also, do not continue science if it does not excite you. Science cannot be a 9-to-5 job. Mohit Kumar Jolly interviewed Walter Gilbert at the 64th Lindau Nobel Laureate Meeting (Physiology/Medicine).