Tracing proteins in living cells...
Back
Not only friends on Facebook, but also proteins in a cell can be tagged. Yes! Thanks to Prof. Martin Chalfie, who shared the 2008 Nobel Prize in Chemistry for discovering and developing this “tag” for proteins, called as Green Fluorescence Protein (GFP).  Just tag the protein you want to trace in a cell with GFP- and throw blue light on the cell. This “tag” called GFP would start glowing green, and you know the precise location of the protein you tagged it with. 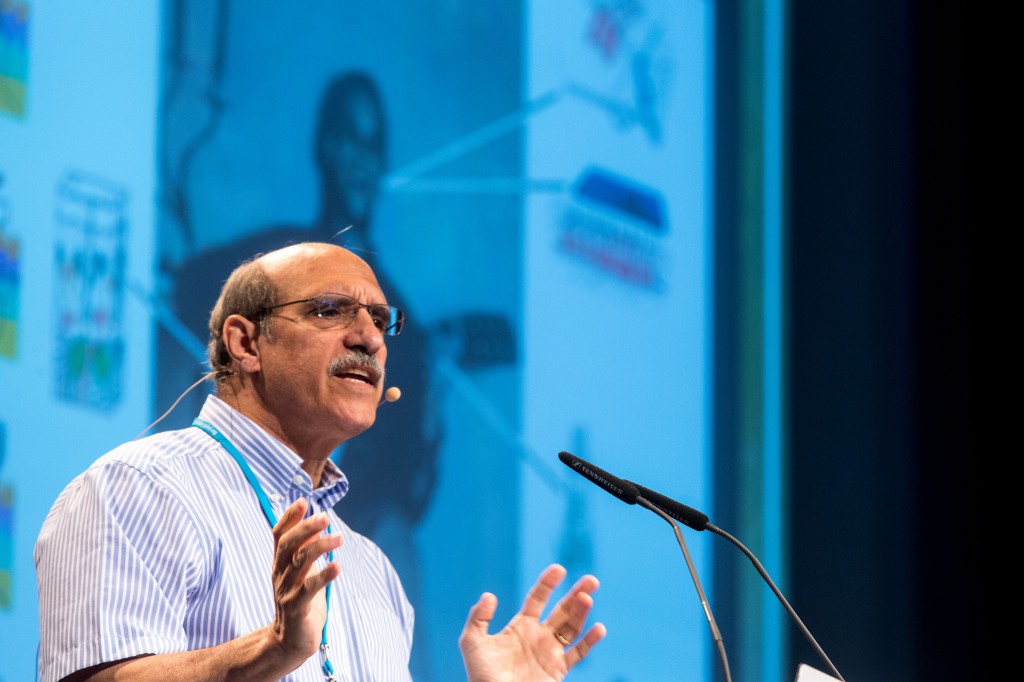 Speaking at the Lindau Nobel Laureate meeting 2014, Prof. Chalfie talked about his recent work on the development of the nervous system of C. elegans, the transparent worm he has been working with. Works that got him the Nobel as he could show the green fluorescent properties of GFP in this worm. GFP has brought about a revolution in tracing proteins in live cells, and is therefore rightly referred to as “the microscope of 21st century” . Before GFP, there have been other methods to trace proteins and look at gene expression profiles, but all of them suffered two limitations: 1. The tissue needs to be ‘fixed’ (not alive) 2. The cells need to be treated with some reagent to make the cell permeable. However, GFP can be used in living tissue, allowing you a dynamic view, and also does not require any permeating agent. All it requires is light. It is a non-invasive method of tracing proteins/cells. It is heritable as well, so if you implant GFP into the DNA of an organism, it can be inherited by its progeny as well. These advantages make GFP so different and convenient to use. As mentioned earlier, Prof. Chalfie’s research area has never been fluorescent proteins. He “just” stumbled upon GFP in a seminar where he heard about a protein which was inherently fluorescent. He wondered if he could use that protein (as a “tag”) to visualize the location of other proteins of interest. He tried that in C. elegans and it worked, and got him the Nobel. But, his Nobel has an even more interesting (and funny) anecdote attached to it. His Science paper in 1994 on GFP also included some (then unpublished) results by his wife, Prof. Tulle Hazelrigg. He sought permission of his wife to include those results in his Science paper, and this is the reply he got : “Dear Marty, It is perfectly fine with me if you cite S. Wang’s and my unpublished results in your Science paper on GFP, provided you meet the following conditions: 1. You make coffee each Saturday morning for the next two months, ready by 8.30am. 2. You prepare a special French dinner at a time of your choice. 3. You empty the garbage nightly for the next month.” Describing himself as a lucky man, Prof. Chalfie had the following message to the young scientists:

To avoid frustration in science, which is a natural part of life of any scientist, you must work on more than one project; so you always have something going on.”