Too proud to stop –...
Back
Regret and its anticipation are powerful forces in people’s decision-making and should be given greater attention by economists, says #LindauEcon14 participant Paul Viefers. The feeling of having missed out on a better opportunity affects a wide range of experiences in life – jobseekers who reject a good offer, investors who hold onto badly-performing stocks and managers who throw good money after bad projects. The fields of psychology and neuroscience have studied regret for a long time, and research has shown that when making repeated decisions, people prefer to take a safer payoff compared with an uncertain future one, so long as the payoff they choose is close enough to the higher values they have seen. Otherwise, if the current payoff is ‘too low’, then they fear the regret of having settled for too paltry a sum and start taking more risks. People tend to see their situation not based on its own merits, but in light of what could have been. In research with Philipp Strack from the University of California at Berkeley, we ran an experiment in which participants watched the price of a stock rise and fall over time. At any stage, they could choose to wait a bit longer or sell now for the current price. Contrary to many prominent theories, instead of players settling for a fairly consistent sum, their decision was overwhelmingly dependent on the historical high of the game, which varied from round to round. On average, the players were willing to gamble for prices up to 24% higher than they had initially planned. While at odds with standard theories of behaviour, we show that such behaviour is consistent with a model of dynamic regret aversion. 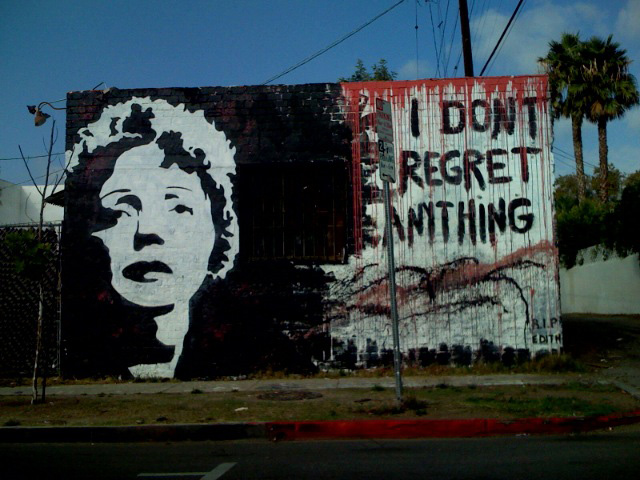 When a gain may still feel like a loss Consider shares in a company that you bought for €1,000. Suppose that today’s price is €1,800, but that it was €2,000 three weeks ago. For many people, selling for €1,800 feels like a loss. People tend to not evaluate their current situation based solely on its own qualities: rather they view it in light of the best that they had and feel regret at missed opportunities. We explore how anticipating this affects your behaviour today.  Towards a theory of dynamic regret We first incorporate regret and regret-aversion into a simple model, in which a decision-maker observes a series of random offers. The decision-maker can always waive or accept the current offer, but cannot reconsider past offers. Once an offer is accepted, no changes are allowed. This setting captures the fundamental trade-off of sequential decisions: the trade-off between the immediate gains with the loss of the ability to act in the future. Regret and its anticipation affect this trade-off. Both affect the expected reward from acting today versus acting in the future. But when a suboptimal offer is received, continuing to gamble for future offers includes the possibility of making up for current regret, which makes gambling more attractive. A theoretical prediction of the regret model is that decision-makers will probably gamble until they receive a payoff matching the best offer. Predictions change with every history of past offers: it is a path-dependent theory.  Regret and gambling for resurrection in the laboratory Armed with this insight, we replicated our theoretical backdrop in an experiment. Participants repeatedly played an asset-selling game where they observed a stock price over time – like on a ticker tape – and could decide to sell at current prices or wait for future prices. The behaviour of the participants over multiple rounds of the same task was fairly erratic. Contrary to the prediction made by other prominent theories, the price at which they sold clearly wasn’t stable over rounds. Instead, participants were generally reluctant to stop anywhere appreciably below the historical peak of the price series. Since the historical peak that subjects saw was different over the rounds, this helps explain the way they changed their mind between rounds. Data analysis confirms that the price at which stock was sold is systematically related to the past peak. Our estimates suggest that this makes subjects willing to gamble, on average, for prices up to 24% higher than initially planned. 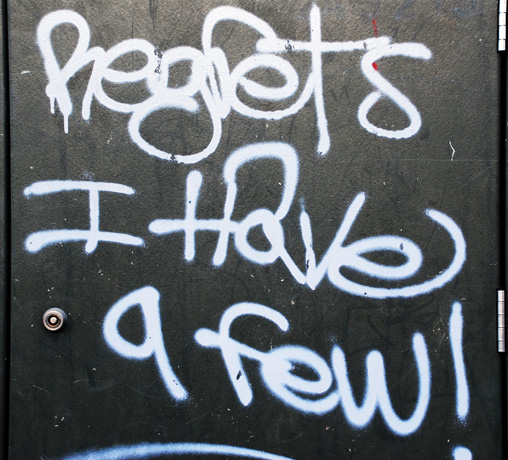 Conclusion We are clearly a long way from perfectly explaining observed behaviour in dynamic contexts. But our results indicate that in such contexts, where past events serve as benchmarks, counterfactual thinking and regret are part of the decision process and should not be overlooked. Our results have several implications. First, the theoretical models we investigate work under the hood of much more complex macroeconomic models that help derive policy.  Thus, the microfoundations of such models should be reconsidered. Second, real life can be explained in light of our findings, including the investor who wish they’d sold for €2,000 three weeks ago. Based on: Viefers, Paul and Strack, Philipp (July 14, 2014). Too Proud to Stop: Regret in Dynamic Decisions. Available at SSRN: http://ssrn.com/abstract=2465840 or http://dx.doi.org/10.2139/ssrn.2465840 Paul Viefers paulviefers@gmail.com http://sites.google.com/site/paulviefers German Institute for Economic Research Mohrenstrasse 58 D-10117 Berlin GERMANY Philipp Strack philipp.strack@gmail.com http://philippstrack.com/ University of California at Berkeley Office 513 Evans Hall, Berkeley 94720 California USA   Image used in slider graphic is credited to: César Astudillo @ FlickR (licensed under Creative Commons).