Robert Koch: A Giant Wavered
Back

In the summer of 1890, the award-winning physician felt under pressure. Eight years earlier, on March 24, 1882, he had announced that he had identified Mycobacterium tuberculosis. This is why the World Health Organization WHO chose the  date for its annual World Tuberculosis Day.

After the announcement, the public soon expected a cure – but Koch could not provide it. For his studies, he had infected guinea pigs and grew bacterial cultures. Now he wanted to go one step further and become the physician who conquered this devastating disease. During his time, tuberculosis was widespread in Europe and the Americas. Estimates assume that for instance in Germany, one out of seven died of TB, and no cure was on the horizon. There was not even a scientific consensus that a bacterium caused tuberculosis. 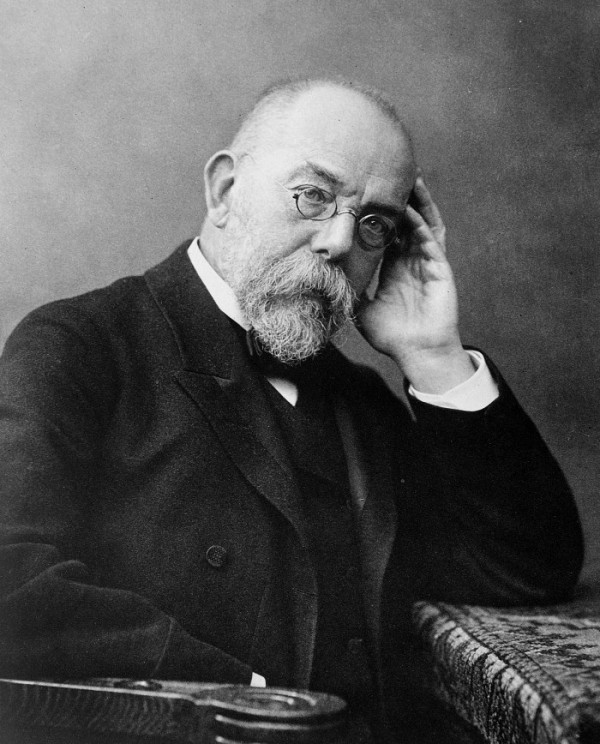 Robert Koch 1843-1910, photogravure after a photo by Wilhelm Fechner around 1900, public domain

So the news that Koch announced on August 4, 1890 at the Tenth International Medical Congress in Berlin came like a thunderbolt: he had found a cure for tuberculosis! Naturally everybody believed the renowned doctor. TB patients from all over Europe travelled to Berlin, if they could afford the journey, and begged for a dose of “Tuberkulin”. Apartments were turned into makeshift infirmaries. Whoever received Tuberkulin fell seriously ill: some recovered, others died. At the same time, Koch’s private life was in turmoil as well: he fell in love with a 17-year-old art student and divorced his wife Emmy. (Divorce had only been legal for 15 years in the German Empire and was still considered a scandal.) Koch tested Tuberkulin on himself and his mistress, both were free of tuberculosis. She became violently ill from his “cure”.

After the early euphoria, public opinion soon changed when it became clear that Tuberkulin could not cure tuberculosis. Koch’s teacher and rival Rudolf von Virchow was able to prove that patients who died after receiving Tuberkulin still had huge amounts of bacteria in their bodies, apparently the magic cure did not eradicate them. Already in the fall of of 1890, Koch had to disclose his secret recipe: Tuberkulin consisted of glycerin and extracts from tuberculosis bacteria (link to German article about the scandal). 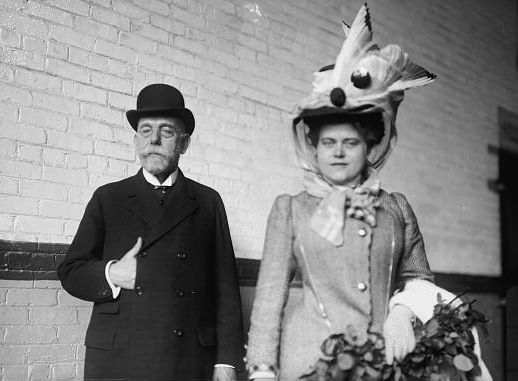 Why had Koch thought that this mixture could cure tuberculosis in the first place? A few infected guinea pigs he had treated survived longer than expected. But we have to be mindful that there were no regulations on drug trial and approval at the time. These were only developed after this so-called “Tuberkulin scandal”. When Koch’s very successful pupil Emil von Behring developed the diphtheria antitoxin a year later, it was carefully tested and introduced into clinical practise – a direct consequence of the scandal. Behring received the first-ever Nobel Prize in Physiology or Medicine in 1901 and was named “the saviour of children”. Reportedly, Robert Koch was jealous that his pupil received the prize before him.

Already in December 1890, Koch fled to Egypt, where he had tried to describe the cholera bacterium in 1883 and was therefore always welcome. He had failed to describe the bacterium back in 1883 due to high temperatures in Egypt – the solid culture medium he had invented melted in the African heat. He had travelled to India next, where he was finally able to not only describe Vibrio cholerae but also to find its transmission path: polluted drinking water. Thanks to these findings, Koch was able to help combat the last big cholera outbreak in Germany, in 1892 in Hamburg, and prevented the spread to other cities and countries.

When Koch returned to Berlin in 1891, he became director of a newly founded institute for infection research, today’s Robert Koch Institute. Its establishment had been decided after the Tenth International Medical Congress. So he hadn’t fallen into disgrace quite so badly as to not become director – but the was prohibited to file patent applications for his research results, another consequence of the scandal. He hadn’t actually filed a patent on Tuberkulin, but he had nevertheless tried to profit financially from his “cure”.

Now Koch finally had his own institute, where he worked on combating typhoid fever and cholera, mostly in Germany at first. He discovered that seemingly healthy people could still be germ carriers, and devised mass screenings and quarantine measures. Thus he is also considered as one of the founders of modern epidemiology. He also travelled extensively in the years following his Tuberkulin folly, helping to combat the plague and malaria in Africa and New Guinea – he suffered from malaria himself. Finally, in 1905, he received the Nobel Prize in Physiology or Medicine for his discovery of the tuberculosis bacterium. 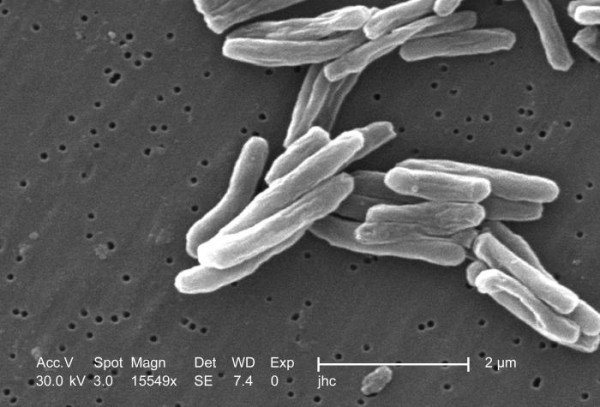 In the early 20th century, tuberculosis was still a much-feared disease. But after about 1960, when powerful antibiotic combination therapies had been successfully tried and introduced, the victory of modern medicine over this ancient disease seemed only a matter of time. Unfortunately, this battle has still not been won. WHO estimates say that in 2012, more than one million patients died of tuberculosis, mostly in developing countries, and one fourth of them had also been infected with HIV. Because the bacterium is very slow-growing, the standard therapy takes at least six months, and longer when resistances are involved. Antibiotic resistances often require newer and more expensive drugs, leading to more therapy discontinuations that in turn cause more resistances: a vicious cycle.

Even doctors in developed countries face serious challenges concerning tuberculosis: nowadays, patients infected with multi-resistant strains can travel around the world within hours. Researchers all around the globe are looking for weak spots of the bacterium in order to combat it with new drugs. One current example: researchers from Würzburg, Germany, and Stony Brook, NY are trying to develop a new tuberculosis drug by disrupting the bacteria’s cholesterol metabolism. 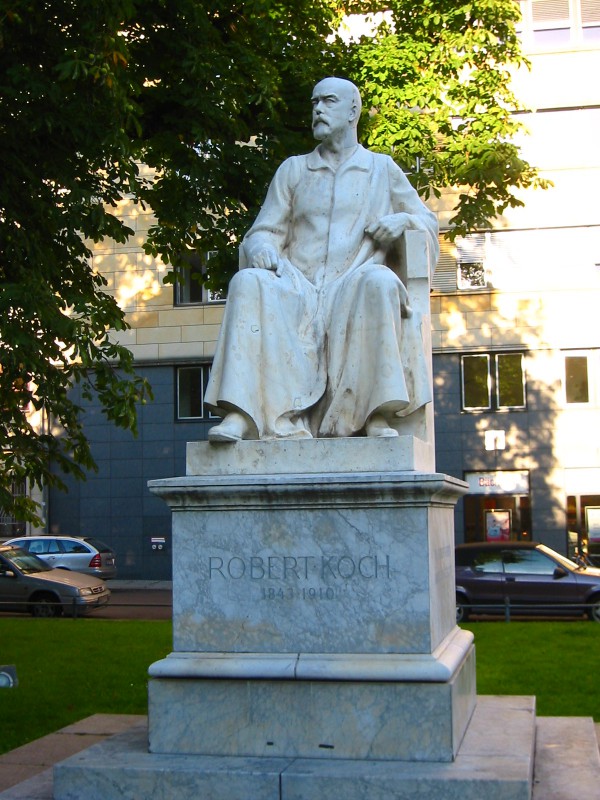 Statue of Rober Koch in front of the Charité University Hospital in Berlin. Koch died in 1910, aged 66, in a Baden-Baden sanatorium. Photo: Andreas Steinhoff