The future of Nigeria’s power...
Back
8 reasons the ‘Power Sector Reform Roadmap’ may not be enough. Regular and reliable electricity supply is crucial for industrialisation and economic development. Despite Nigeria being one of the largest primary energy producers in the world, it still struggles to generate adequate electricity for its teeming population and to support its economy. At the moment, Nigeria generates about 5000 MW for its population of over 160 million people. This is completely ridiculous when compared to South Africa that generates over 40,000 MW for its population of 52million. This situation prompted the government to initiate efforts and reforms to improve the performance of the sector. Over the past few years, reforms initiated by the government have not yielded the desired results. Substantial financial resources have been allocated to the sector but the output in terms of electricity generated has not improved; in some cases, it even deteriorated. As a result, the growth of the economy as well as the drive for industrial development, poverty alleviation and unemployment reduction has been severely hampered. On the back of previously failed reforms, the present administration in 2010 initiated a new reform known as the “Power Sector Reform Roadmap”. It was based on the Electric Power Sector Reforms Act of 2005. The main thrust of the latest reform was unbundling the electricity sector chain and promoting a private sector-led electricity sector. It also encompasses issues of electricity pricing and regulatory frameworks. The reform aims to generate 40,000 MW of electricity by 2020 while expanding generation and transmission capacity and also improving the market structure. The reform process has been completed with the handing over of the power plants to successful bidder companies. There are high expectations that the present reform will improve electricity supply and aid the much anticipated economic diversification and development in Nigeria. However, this article argues that though the present reform is a step in the right direction, there are new obstacles that need to be addressed to ensure regular, reliable and sustainable electricity supply in the long term. In other words, the present reform is a necessary but insufficient condition for stable power supply in Nigeria in the long-term. The reasons for this are briefly discussed below. 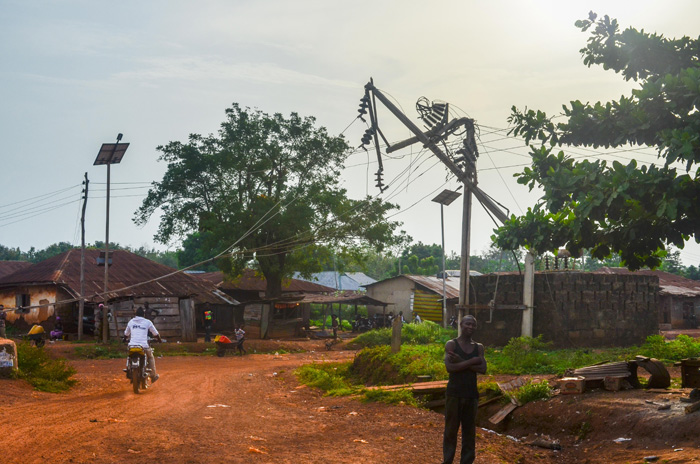 First, climate change poses a serious threat to the future of the power sector in Nigeria. The effect of climate change on water supply will severely hamper electricity generation from hydro sources. Extreme weather associated with climate change could also affect already-inadequate power infrastructure and disrupt electricity supply. Furthermore, domestic and international climate polices will shift focus to renewable energy relative to fossil fuel which power supply in Nigeria largely depends on. Producing electricity from renewable sources may not be realistic in the short to medium term due to issues of comparative advantage and competitiveness.   Second, the high level of poverty coupled with the low ability of the utilities to enforce payment for electricity consumption will affect the profitability and growing concern of utility companies in the short term.  Given the fact that the price of electricity would increase as a result of the reform, poor households may devise means to avoid payment of electricity bills. This could have a multiplier effect on the utility company’s profit and their potential for future investments. The situation could be worse in rural areas with high poverty incidence and undermine the potential of rural electrification projects.   Third, the potential of the power sector could be affected by the security problem in the country. The Niger Delta region that hosts the fossil fuel used to drive power plants is still not stable while the Northern part of the country that host the hydro resources is currently experiencing violent attacks and vandalism. The current situation is aggravated by high poverty and unemployment level, and could affect stable and sustainable power production as investors may be wary of executing projects in these regions.   Fourth, availability of funds to finance large projects may also undermine the performance of power companies. According to the Power Sector Roadmap document, significant investments are required in all the stages of the electricity supply chain. However, the performance of the financial sector in Nigeria with respect to real sector lending has not been encouraging. This is even worse after the 2008-2009 financial/banking crises. Also, the cost of funds is so high that it discourages investors from acquiring funds from banks. Thus, financing will present a unique challenge to the power sector in the near future.   Fifth, the traditional problem of weak transmission capacity is another challenge. Transmission loss in the sector is high due to poor and moribund transmission systems. The transmission networks may even collapse when new independent power plants are integrated. Moreover, investors may not be willing to invest in electricity generation and distribution if they are not sure of commensurate investment in the transmission network by the government.   Sixth, inadequate gas supply is a long-standing challenge of the power sector. Some of the new power plants such as Geregu and Omotosho Plants in the South West do not have gas supply infrastructure. The problem of gas for power is partly aggravated by poor transportation infrastructure, regular pipeline vandalisation, high level of gas flaring, long distance between power stations and gas sources, political consideration for project locations, and poor alignment of gas and power sector policies.   Seventh, power plants under private ownership may not enjoy the support and cooperation of their host communities like government-owned companies. The host communities where power facilities are installed may not accept environmental pollution associated with power generation and this may engender vandalism, protests and disruption of operations. Community disenchantment may be aggravated by high poverty levels and lack of basic infrastructure in rural areas where power facilities are installed. A typical example is the case of constant protests, demonstrations and vandalism in the Niger Delta against the activities of the multinational oil companies.   Eight, the issue of regulation and monitoring is a new challenge under the new power sector system. Effective regulation is essential for the successful operation of players in the power sector.However, the regulatory capability of the Nigerian Electricity Regulatory Commission (NERC) to effectively regulate the activities of the various players in the sector is not yet compelling. The present power industry in Nigeria is multifarious and requires an efficient and credible market regulator to handle the complexities and intricacies of the industry.   In conclusion, while it is acknowledged that the present reform will largely address some of the traditional problematic issues of the power sector such as dilapidated infrastructure, technological deficiency, insufficient investment, poor maintenance, inefficient pricing system and corruption, the above-mentioned challenges may still undermine the performance of the sector in the long-term. Hence, policies and measures need to be put in place to vigorously address these issues in order to ensure reliable and adequate power supply and long-term sustainability of the “new” power sector in Nigeria.

Oluwasola Omoju, Lindau Alumnus 2014, is a PhD at the China Center for Energy Economics Research (CCEER) at Xiamen University, China and attended as young scientist at #LindauEcon14.