The Art of the Nobel...
Back
As Nobel Week 2014 is approaching Linda Moussakova shares an overview of the various art projects related to the Nobel Prizes.

This extract from The Aeneid was engraved by Erik Lindberg (1873-1966) on the Nobel Prize medals for Chemistry, Physics, and Physiology or Medicine. The reverse side of the Chemistry and Physics medals are the same (shown above). However, the verso of the Physiology or Medicine medal is different. It depicts the goddess of medicine quenching the thirst of a sick girl. These 250g gold medals are handed to each of the laureates at the Nobel Prize Award Ceremony together with a personalized diploma, all made by Swedish artists and calligraphers. Here is the one, created by the famous graphic designer and sculptor Nils G. Stenqvist (1934-2005). It was made especially for Peter Agre – Nobel prize for chemistry in 2003 and represents his discovery of the cellular water channels. His co-laureate Roderick Mackinnon was given a different one for his research on the ionic channels of the cell membrane. Below are some other examples of works of art that have embellished the diplomas in the past ten years. From left to right:

Sketches of Science is a photo Project by German photographer Volker Steger supported by the Lindau Nobel Laureate Meetings. 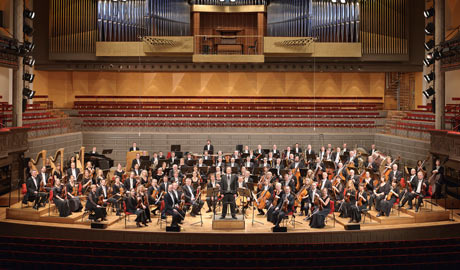 Although drawing skills might not be given to all the laureates, creativity is a sine qua non condition for success in science. Numerous laureates have a musical affinity. To name just one in each category who is also a musician: Rabindranath Tagore (Literature, 1913), Albert Schweitzer (Peace, 1952), Jean-Marie Lehn (Chemistry, 1987), J.Michael Bishop (Medicine, 1989), Eric S. Maskin (Economics, 2007), and Saul Perlmutter (Physics, 2011).During the Nobel celebration week, the general public is invited to attend a concert of orchestral music at the Konserthuset. This year, Andris Nelson will conduct the Royal Stockholm Philharmonic Orchestra in a program which will include Håkan Hardenberger, one of the world’s best trumpeters who has regularly worked with Pierre Boulez. The same week, the Nobel Museum will inaugurate its new exhibitionof Nobel creations by students in music and design from (respectively) the Royal College of Musicand Beckmans College of Design in Stockholm. These creations were inspired by last year’s Nobel research themes. Culinary art also plays an important part on the day of the Nobel Prize Award Ceremony, which is held every year on December 10th to coincide with Alfred Nobel’s birthday. Once the medals and diplomas are distributed, the priviliged guests move to the Stadhuset, or City Hall, for the Nobel Banquet. Others, however, can sit at the Nobel Museum’s café on a chair signed by their favorite Nobel laureate and taste the iced bombe desserts served at the banquet for more than 30 years. The past menus (which were kept secret until a few hours before the food was served) and other anecdotes are detailed in The Nobel banquets – a century of culinary history (2010) by Ulrica Södelind.

Further readings: Coll. (2006). Cultures of creativity – best of the 21st century museum Catalog of the current exhibition at the Nobel museum in Stockholm. DOHERTY Peter (2014). The beginner’s guide to winning the Nobel Prize, Melbourne University Press, 237 p. The author is a co-laureate of the  Nobel prize in physiology or medicine 1996 for his research on the immune system. Coll.(2010- updated). Nobel: a century of prize winners, Firefly editions, 328 p. THOMPSON Gilbert (2014). Pioneers of medicine without a Nobel prize, ICP editions, 296 p. CORDES H. Eugene (2014), Hallelujah moments: tales of drug discovery, Oxford University Press 264 p. The 2014 Nobel Prize awards will be announced during the week of October 6th. Volker Steger’s photo exhibition “Sketches of Science” will be on display next from 13 -October – 16 November at the National Science Museum in Seoul, South Korea. This blog post was originally published on Linda Moussakova’s own blog in French. Translated by Linda Moussakova.

Linda Moussakova has been a college professor for 23 years and is now writing french adaptations of Human Anatomy & Physiology textbooks. She also gives lectures on the various representations of the human body through art and shares her love for Arts & Sciences via her blog http://lmoussakova.wordpress.com/.