Sketches of Science exhibition travels...
Back
The photo exhibition Sketches of Science can now be seen at Gwacheon National Science Museum in Seoul. ‘Sketches of Science’ is a creative photography project by German artist Volker Steger supported jointly by Stockholm’s Nobel Museum and the Lindau Nobel Laureate Meetings. The idea is simple but enthralling: What happens when you ask Nobel Laureates to explain their prizewinning research in a simple sketch? Or, as MIT’s SPECTRVM mathematically put it: Nobelists + Crayons + Paper = Winning Portraits. The exhibition already proved to be a great success all around the world and has now opened at a new location: The Gwacheon National Science Museum near Seoul, Republic of Korea. 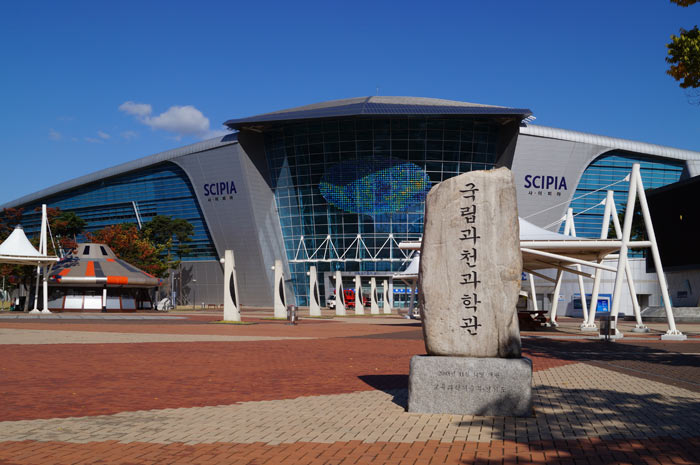 The Korea Institute of Science and Technology Evaluation and Planning (KISTEP) and the National Research Foundation of Korea (NRF) made it possible for the exhibition to be shown at Seoul’s prestigious science museum. It opened on 14 October and can be seen until 23 November. For 13 October’s opening ceremony photo artist Volker Steger gladly made the trip to Korea. 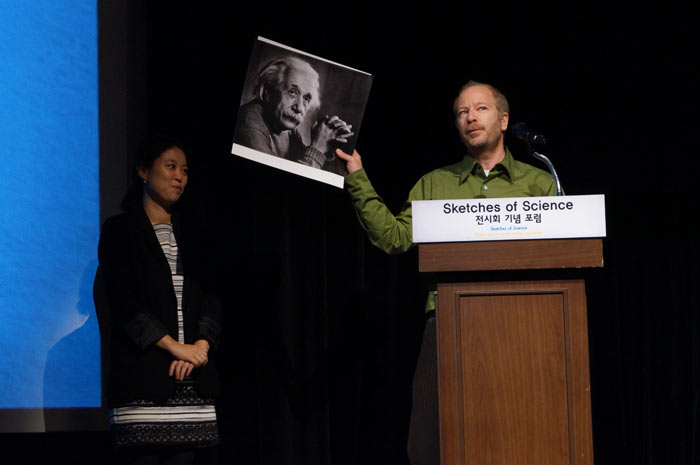 Volker Steger giving a presentation on occasion of the opening ceremony of ‘Sketches of Science’ in Korea. Credit: KISTEP

Two other very special guests also didn’t want to miss the beginning of the exhibition. After having ‘modeled’ for Steger’s project Nobel Laureates Peter Grünberg and Dan Shechtman wanted to see for themselves how people react to their sketches and portraits. German Peter Grünberg won the Nobel Prize in physics in 2007 ‘for the discovery of Giant Magnetoresistance’. Israeli Dan Shechtman won the chemistry Nobel Prize in 2011 ‘for the discovery of quasicrystals’. 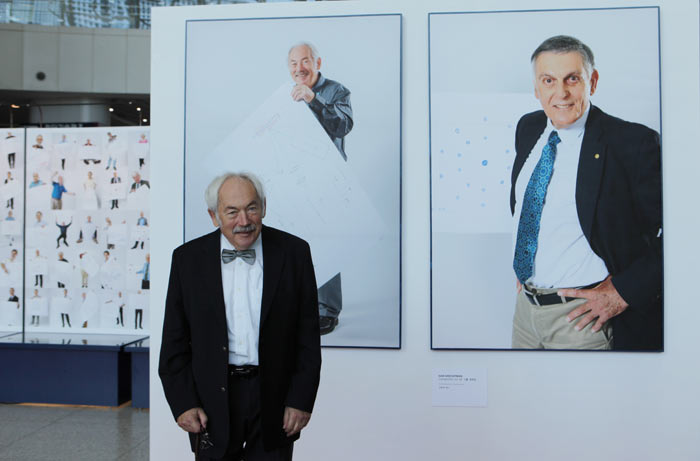 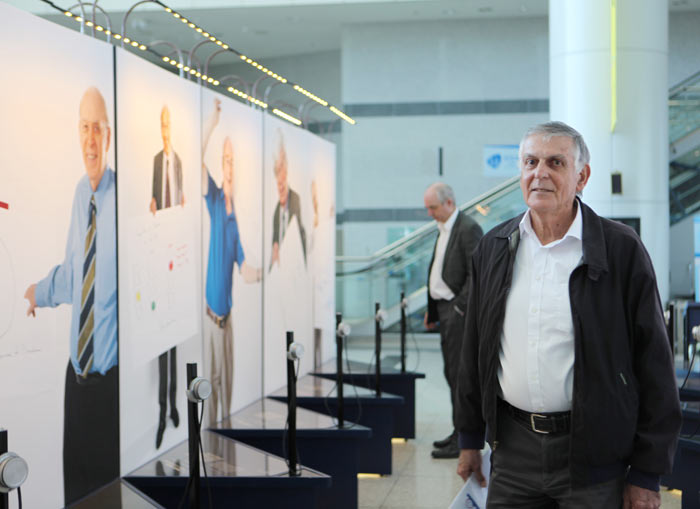 Dan Shechtman taking a stroll through the exhibition. Credit: KISTEP.

If you are a resident of the Seoul area or happen to be in Korea between now an 23 November you really mustn’t miss this one of a kind combination of science and arts. If you can’t see the exhibition in Korea don’t worry – ‘Sketches of Science’ has continuously travelled the world since its inception in 2012 in Stockholm and will perhaps soon come to your part of the planet, too. 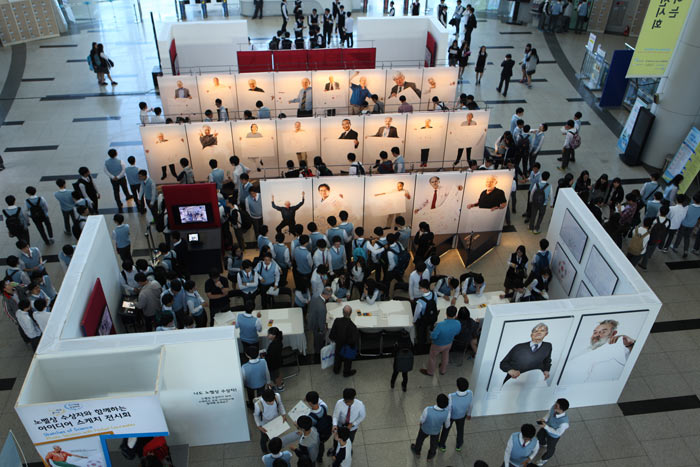 View on the exhibiton from above. Credit: KISTEP.