Peter Diamond: Stimuli & Unemployment
Back
Author Philippe Legrain collected some interesting statements from Peter Diamond at #LindauEcon14. With unemployment at near-record heights in many depressed European economies, it is “totally indefensible” to argue that stimulus policies are not needed to get the jobless back to work, according to Peter Diamond, the MIT professor who won his Nobel prize in economics in 2010 for his work on labour-market mismatch. Professor Diamond’s work has been extremely influential in shaping the approach of the European Commission and many EU governments to tackling unemployment, which focuses on “active labour-market policies”, such as job retraining and other help in matching workers to vacancies. But such is the shortfall of demand in Europe, and to a lesser extent the United States, that there is plenty of labour-market slack that better matching of workers to jobs cannot hope to reduce. 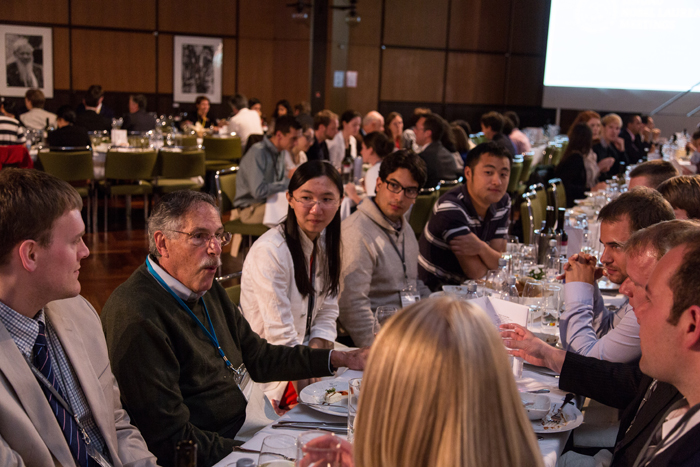 “If there are 20 applicants for every job and training programmes result in there being 25 applicants for every job, you don’t accomplish anything,” Professor Diamond said. “But if there are shortages in some areas, as there always are because economies are very diverse, retraining programmes can make a difference.” Clearly, investing in workers’ skills also delivers future benefits when the economy recovers – and a recession is a good time to train workers as they would otherwise be idle, Diamond points out. “But it is not a substitute for stimulus.” 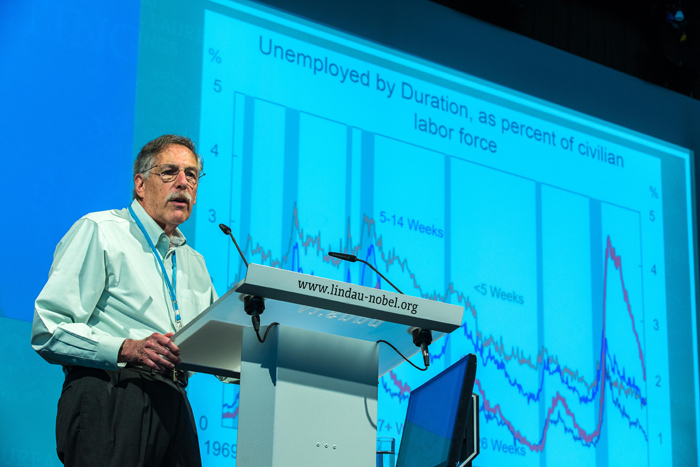 Professor Diamond was interviewed at the 5th Lindau Meeting on Economic Sciences, where he presented his new research on unemployment on 22 August. The Lindau Meeting brings together 17 Nobel laureates in economic sciences and 460 brilliant young researchers from around the world. Enjoy the full Video of Peter Diamond’s lecture, courtesy of the Lindau Mediatheque:

Philippe Legrain, a visiting senior fellow at the London School of Economics' European Institute, is the author of "European Spring: Why Our Economies and Politics are in a Mess – and How to Put Them Right" (2014)