Nobel Prize 2014: United by...
Back
The Nobel Peace Prize 2014 was awarded to Kailash Satyarthi and Malala Yousafzay – two unremitting champions of the global strife for children’s rights. 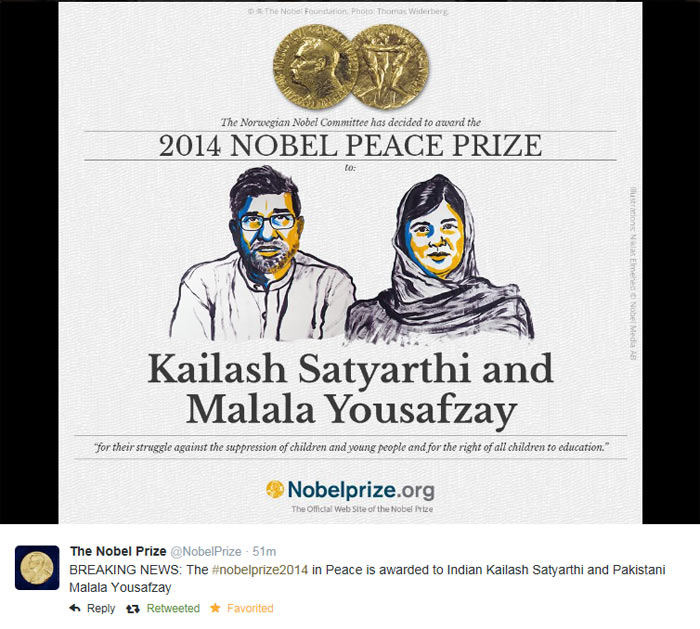 The speculations on who would win the 2014 Nobel Peace Prize might have never been as controversial and diversified as they were this year. However, despite all the current wars and conflicts plagueing the planet the Nobel committee decided to honour two people who dedicated their life to fighting the every day tragedies that mostly happen outside the newspaper headlines. Kailash Satyarthi and Malala Yousafzay received the Prize 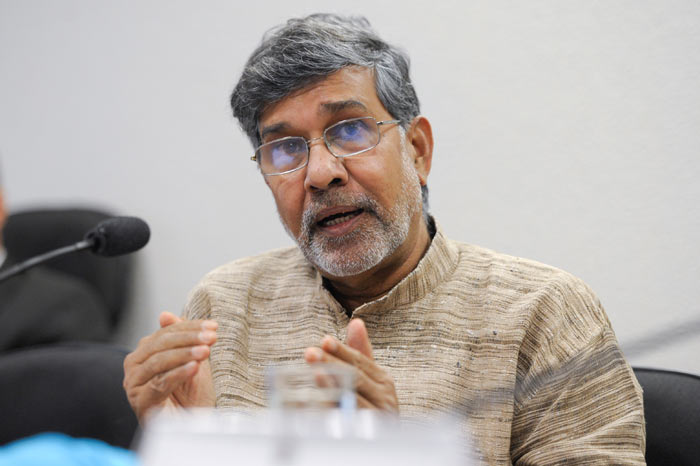 Kailash Satyarthi is an activist for the abolishment of child labour. He has been campaigning for an end to the practice of ‘bonded work’ in his home country of India. Bonded workers are mostly children out of poor families who are used as de-facto slaves in heavy industry or manufactories. If a family desperately needs a loan that it cannot afford the children are traded away to do labour work as a way of providing collateral for the loan. Since oftentimes those families are not able to pay back their loans at all the children effectively remain in slavery forever being sold from master to master. Satyarthi spent the last decade fighting these inhumane conditions and has already freed countless Indian children from this predicament. 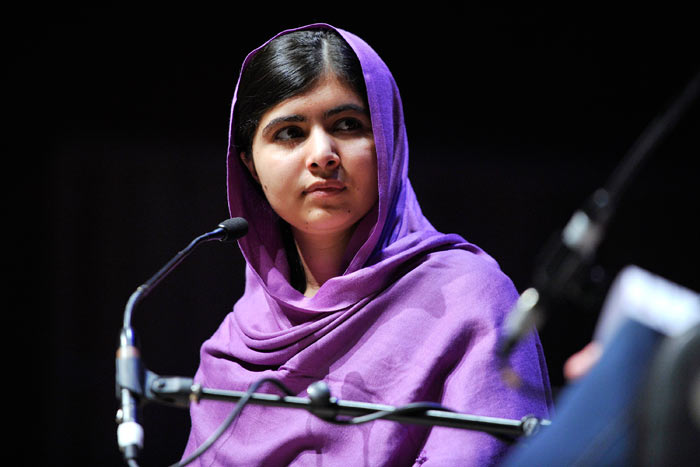 The second recipient of the prize is the 17 year old Pakistani Malala Yousafzay who through the last few years gained international fame for her courageous fight for girls’ rights to education. Surviving an attack on her life by extremists Malala is not only the youngest Nobel Laureate ever but also a figurehead and inspirational leader to a whole generation of girls and young women in their struggle for self-determination. By selecting these two prize winners the Norwegian Nobel Committee also wanted to emphasize the still possible ‘fraternity’ between the two warring nations India and Pakistan and their two biggest religions Hinduism and Islam by symbolically uniting them in the quest for children’s rights.