New Nobel Lab 360° of...
Back
How does our body respond to foreign antigens? How long does it take to track down a mutation? Why does our immune system turn against us? Visit the Mediatheque’s new Nobel Lab 360° of Bruce Beutler to find out how the mammalian immune system operates and with which techniques it can be measured. Within various work settings, audio files and films, this new feature introduces you to Bruce Beutler’s fellow researchers and the specific work procedures taking place in his lab. Over the past two decades, Bruce Beutler has been a central figure in genetic studies of inflammation and innate immunity research. He shared one half of the 2011 Nobel Prize in Physiology or Medicine with Jules Hoffman fordiscoveries concerning the activation of innate immunity – in particular, for discovering Toll-like receptors as molecular sensors of infection. Toll-like receptors, or TLRs, are a type of immune receptors (pattern recognition receptor) and play a critical role as primary sensors of the innate immune system. The mammalian immune system has two interacting types of reactions – reactions of the innate immune system and reactions of the acquired (adaptive) system. 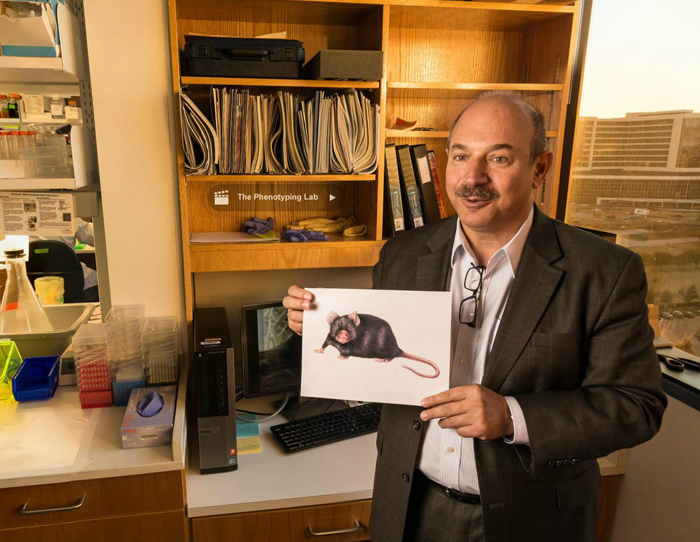 Bruce Beutler on the study of abnormal phenotypes in the Phenotyping Lab. Credit: Volker Steger / LNLM

Unlike the adaptive system that involves immunological memory to determine how the system reacts to specific threats (pathogens), the innate immune system responds immediately to common structures shared by a vast majority of threats. These common structures are called pathogen associated molecular patterns, or PAMPs, and are recognized by Toll-like receptors. These molecules detect the invasion of microbial pathogens and activate a characteristic inflammatory response. Bruce Beutler discovered the mouse tumor necrosis factor (TNF) as a key executor of the inflammatory response. Subsequently, Beutler used TNF production as a phenotypic endpoint to identify the receptor for bacterial lipopolysaccharide (LPS). In 2000, Beutler developed the largest mouse mutagenesis program in the world.[1] 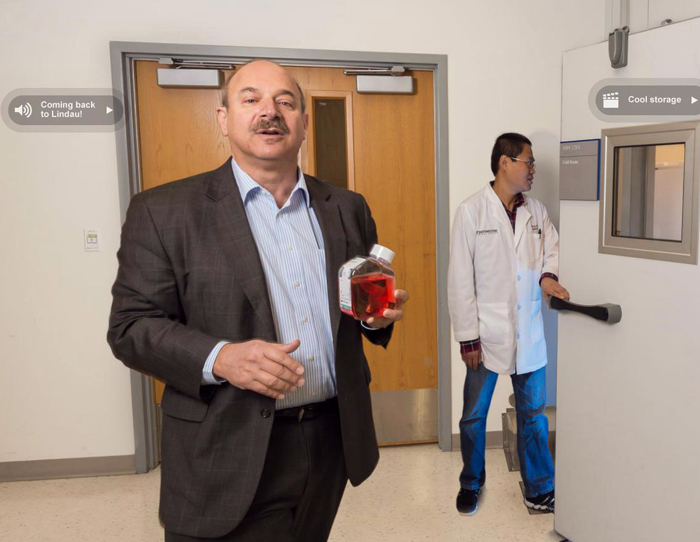 Beutler is a strong advocate of the “phenotype first” approach starting with the study of induced phenotypes, then identifying the mutations, and finally determining how they cause abnormal functions. Visit Beutler’s Nobel Lab 360° and get familiar with his stunning research! [1] cf. http://profiles.utsouthwestern.edu/profile/10593/bruce-beutler.html

Patricia is fascinated by the cross-generational, interdisciplinary science exchange between top level scientists during the Lindau Nobel Laureate Meetings. To continue this discourse in the most sophisticated, multi-faceted manner is one of her primary aims as Senior Editor of the Lindau Mediatheque.