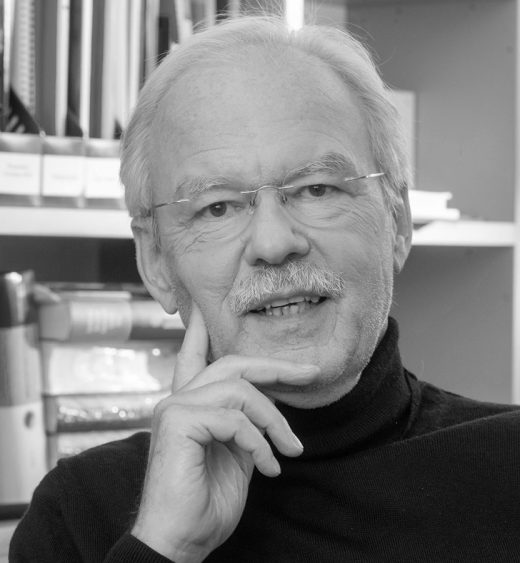 His scientific interests include: Immune response against bacterial pathogens with a focus on tuberculosis and the rational development of vaccines and biosignatures. Development of a tuberculosis vaccine currently being tested for protective efficacy in several phase III clinical trials. Professor Kaufmann is coordinator of numerous international and interdisciplinary research projects.

He published more than 900 publications, mostly in high-ranking journals with more than 90,000 citations according to Google Scholar, and is one of the world’s most cited scientists out of approximately 7 million scientists in 22 major fields (PLoS Biol 17(8): e3000384, 2019) and one of the most cited immunologists worldwide (Thomson/ISI) – h-index (according to J. E. Hirsch): Google Scholar 148. Kaufmann is a member of numerous societies and academies, including the American Academy of Microbiology, Berlin-Brandenburg Academy of Sciences, German Academy of Sciences Leopoldina, World Innovation Foundation and European Molecular Biology Organization (EMBO). Stefan Kaufmann has received numerous science awards.

Professor Kaufmann is Chair of the Board of the Ernst Schering Foundation. He was, for instance, Chair of the Scientific Board of the Memento Prize and Member of the Executive Committee of the Robert Koch Foundation. He was Alternate Board Member of the Global Alliance for Vaccines and Immunisation (GAVI), member of the Scientific Board of the Global Alliance for TB Drug Development (TB Alliance) and member of the Strategic Advisory Committee of the European and Developing Countries Clinical Trials Partnership (EDCTP). Stefan H. E. Kaufmann initiated the global “Day of Immunology” to raise public awareness in immunology. He was scientific advisor on health issues for the G7 summit in Elmau in 2015 as well as for the G20 summit in Hamburg in 2017.