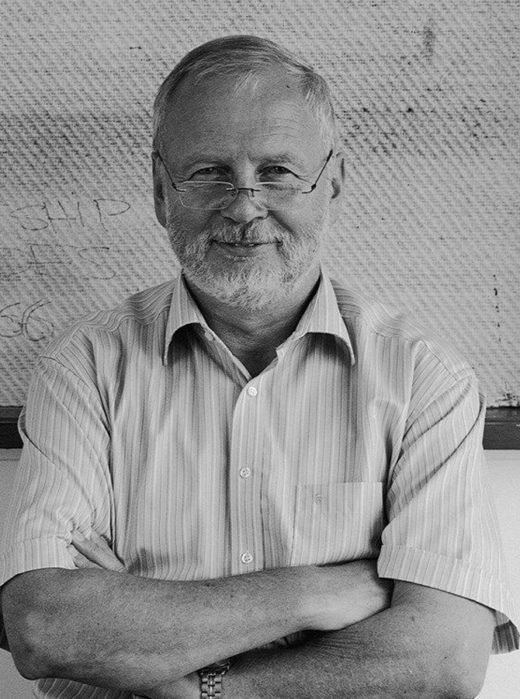 German biochemists Hartmut Michel, Robert Huber, and Johann Deisenhofer (now based in the US), received the 1988 chemistry award for unravelling how a membrane-bound protein active in photosynthesis is built up. At the time the trio all worked at the Max-Planck Institute in Munich. Plants use the energy of light to build organic matter, creating the most basic foodstuff in the world’s food chain – vegetation. Furthermore, the plants produce oxygen, which allows bodies to burn the organic matter. Photosynthesis, says the official Nobel press release of the 1988 chemistry award, is “the most important chemical reaction on earth”. The conversion of energy in photosynthesis and cellular respiration takes place through the transport of electrons via a series of proteins, which are bound in special membranes. These proteins are difficult to obtain in a crystalline form, but in 1981 Michel succeeded with the photosynthetic reaction centre from the purple bacterium Rhodopseudomonas viridis, which paved the way to determine its atomic structure.

Michel was born in Ludwigsburg, Germany, in 1948. He was an active, outdoors child and a good pupil and joined a circulating library, reading several educational books per week. After military service he entered the University of Tübingen in 1969 to study biochemistry, graduating in 1974, and working under Dieter Oesterhelt at the Max-Planck-Gesellschaft in Tübingen and the University of Würzburg, where he gained his PhD in 1977. While exploring ways to produce light-driven amino acid uptake Michel found that a sample of delipidated bacteriorhodopsin yielded solid, glass-like aggregates when stored in a freezer. Thus he was convinced that it should be possible to crystallise membrane proteins, which was considered impossible at that time. With Oesterhelt’s support Michel soon produced a two-dimensional membrane crystal of bacteriorhodopsin, and the first real three-dimensional crystals in April 1979. Oesterhelt became a department head at the Max Planck Institute of Biochemistry near Munich. Michel moved with him and later worked with Hans Deisenhofer, a member of Robert Huber’s department, an expert in X-ray crystallographic protein structure determination.

Michel also spent four months at the Medical Research Council in Cambridge, England, performing X-ray experiments and improving the crystallisation method. Back at Munich Michel crystallised several other membrane proteins, mainly photosynthetic ones, gaining the breakthrough with the reaction centre from the purple bacterium Rhodopseudomonas viridis in 1981. The following year Michel was joined by Johann (Hans) Deisenhofer in the reaction centre project, and the pair became fast friends and colleagues. In 1987 Michel became a department head and director at the Max Planck Institute of Biophysics in Frankfurt am Main. He has received various prizes and awards, several shared with Deisenhofer. Currently Michel works on other membrane proteins, namely from cellular respiration and transmembrane transport. Michel is married to Elena Olkhova. They have one daughter, Margarita Caroline Michel.

Since 2011, Hartmut Michel has been a member of the Council for the Lindau Nobel Laureate Meetings.