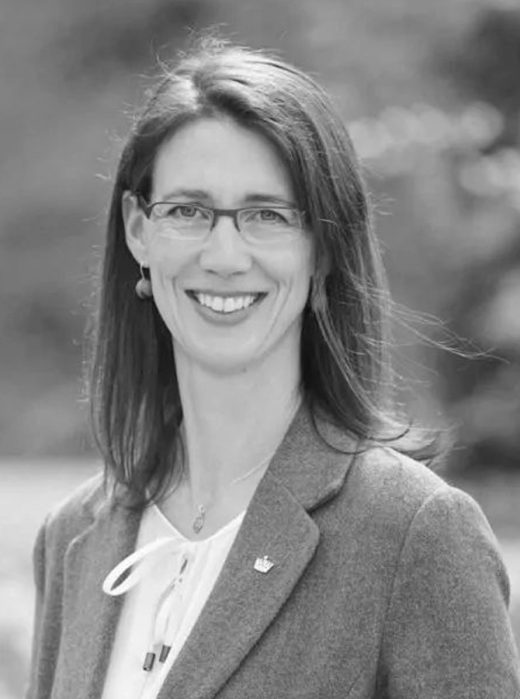 Countess Bettina Bernadotte, born 1974 in Scherzingen, Switzerland, is the oldest daughter of Countess Sonja and Count Lennart Bernadotte. Following her degree in Business Administration in Tourism (Destination Management) at the Baden-Wuerttemberg Cooperative State University in Ravensburg and work as an independent corporate consultant for companies in the tourism industry, she prepared to assume direction of the Mainau enterprise by serving as Personal Assistant to her mother and as Authorized Signatory from 2004 to 2007.

Countess Bettina Bernadotte assumed leadership of Mainau GmbH in 2007 with the goal of leading the family business into a successful future. Above all, she wishes to make a meaningful contribution through Mainau island, so that visitors and guests of the island experience relaxation and deceleration in contact with the garden culture, as well as derive impulses for a sustainable way of life from their visit. Herein, the continuous pursuit of the contents of the “Green Charter of Mainau” from 1961, which calls for the responsible treatment of nature, is another important aspect for Countess Bettina.

Aside from her commitment to the Lindau Meetings, Countess Bettina Bernadotte holds several other honorary positions. She is a member of the Council of Plan International Hamburg and member of the Administrative Council for the University of Hohenheim in Stuttgart. As patroness, she is committed to the European Mini Cooks (Europa Miniköche) and has initiated the European Mini Gardeners project (Europa Minigärtner). Both organisations offer children the opportunity to learn the sustainable handling of nutrition and the environment. Since 2016, Countess Bettina Bernadotte is chairwoman of the board of directors for the Mentor Foundation Germany.