Should scientists be deep or broad in their training and their science? As with everything else, they should pick what they feel most comfortable with, and having a mix of approaches is probably best. I feel I benefited from having a broad education, but I am not sure that that is the best approach for everyone.

The best training I received in college did not come only from my sciences courses, but from the social science and humanities courses I took.  I greatly enjoyed these courses, but I was particularly influenced as a scientist by the exams.  Instead of answering questions that required me to repeat previously heard facts or theories, I was asked essentially to make up answers to entirely new questions that had never been mentioned previously (once I agonized over what the role of the buffoon was in the novels of Dostoevsky).  Although I sometimes felt that I was pulling answer out of thin air, in reality I had to define relevant terms, marshal evidence from the reading, and try to synthesize a cogent answer in a very short amount of time.  These exams made us grapple with information and ideas.  The practice provided by these exams definitely influenced my approach scientific questions and data. My experience in college also influenced my own teaching, since I give the same type of exams and strongly believe that learning how to think about data is much more important than the content. Thus, my general education has been very important for my development as a scientist, an educator, and a person. I think of myself as a neurogeneticist.  Describing my work in this way makes it seem quite narrow, but the very nature of the work actually forces me to take a broad view of what I need to know and what experiments I should do.  Conducting a genetic screen is often a leap into the unknown and unexpected, since one never knows what genes will be revealed or what information you will need to understand them.  The identification of gene products begins a scramble to learn about them. As a result geneticists are forced to learn new areas of biology and sometimes chemistry and physics.  Moreover, no subject is off limits: although I left graduate school telling myself never to work on the kidney or fat, a few years ago I found myself do exactly that.  Thomas Benzing, a surgeon/biochemist contacted me about a kidney gene he was studying that was similar to one of our touch sensitivity genes.  Together we found that both of the encoded proteins bound cholesterol. The touch-insensitive mutants I have worked on since my postdoc have two types of defects; animals are insensitive because either the touch sensing cells do not develop properly or they do not function correctly.  Thus, I am always studying both cell differentiation and mechanosensation.  Over the years the mutations and the cells they affect have led us to study new channel proteins, new transcription factors, neurodegeneration, microtubule function and structure, neuronal outgrowth, insulin signaling, cellular ensheathment, and touch sensitivity to give just a partial list.  In fact new areas seem to come up all the time. 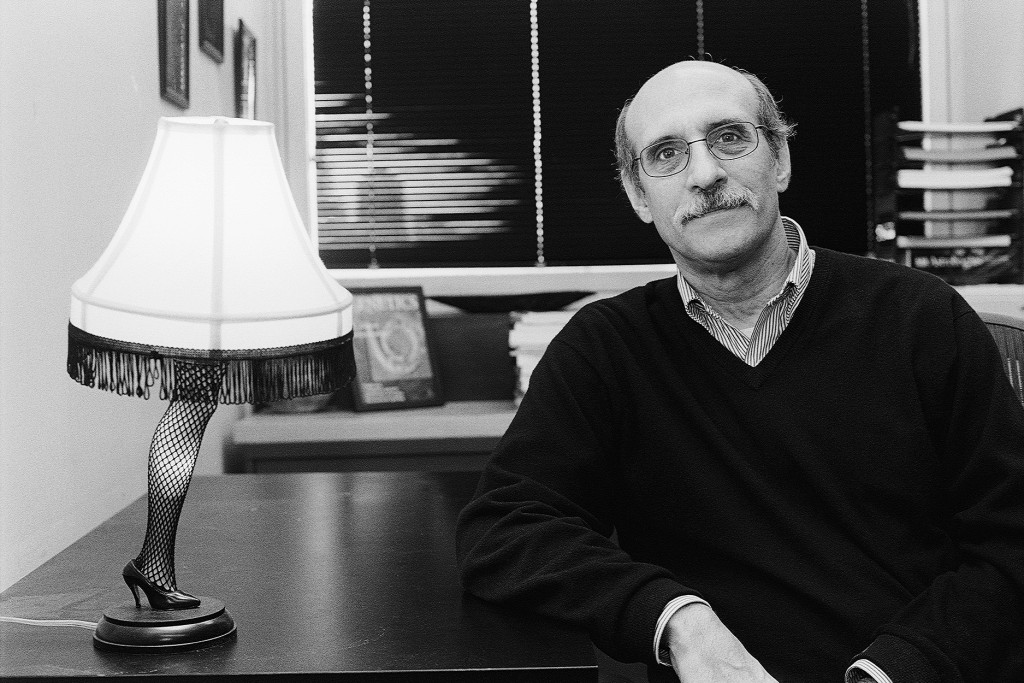 I should emphasize that I have not become an expert in each of these areas.  In fact, one of the terrific consequences of working in several different areas is that I get to learn from and work with other scientists.  For example, now that we have identified the molecule that senses the mechanical signals in touch neurons, I am very interested in collaborating with physicists and engineers to investigate how the sensor works.  Having good collaborators means that I don’t need or even want to become an expert in every field that touches my work.  I just need to be open and interested. Although our genetic screens introduced me to many new areas, working with C. elegans taught me even more.  In 1977 I attended the first International C. elegans Meeting at the Marine Biology Laboratory in Woods Hole.  The entire field was there, all 125 of us, and people worked on a wide variety of problems; after all we had an entire organism to study.  This meeting set the precedent for the C. elegans meetings for the next 10-15 years: we all attended and were interested in every session.  Because we wanted to understand this animal, talks on muscle function, cell death, chemosensation, cuticle formation, meiosis, cell migration, and many other topics were all equally interesting, and were often useful in our own work in surprising ways.  For example, work on a yolk protein turned out to be important for the identification of a tubulin gene in our cells, and membrane proteins needed for muscle were also found in our touch sensing cells.  Since many of these areas were new to us, we received a wonderful general education, and we taught each other.  In fact, those of us who attended that first meeting resisted as long as we could the idea of having multiple concurrent sessions at our meetings as the field continued to grow.  Now, however, people go to sessions on the nervous system or embryonic development or cell biology and miss out other fields.  Many of us, however, regret that we cannot learn about all the advances, especially those in areas far from our specific studies. Despite the pushes from genetics, the animal, and the field, I am not as general as I would like to be.  In the last two years I have become interested more broadly in science because I have been on a committee planning a new general science course for all first year undergraduates at Columbia.  As I have worked with scientists and non-scientists from all over the university, I’ve developed (and sometimes rekindled) interests in physics, cosmology, physical anthropology, and earth science.  I am regaining the excitement that I had for these areas when I was young, and find that I have much to learn.  Learning about these areas may, but probably won’t, aid my research.  Nonetheless, they certainly (as do my family, my music, and my other interests) enrich my life.  I am never quite sure of what I will be working on next. This essay is part of an ongoing discussion on multi-/interdisciplinarity at the Lindau Blog. Yesterday we published an essay on interdisciplinarity by Nobel laureate William Moener and our upcoming new longread by Jalees Rehman will be dedicated to the history of polymaths.   Now it’s up to you: What are your thoughts on the topic? Please share your views below in our comments section, or on Facebook or Twitter (#LiNo15).

Martin Chalfie, Nobel laureate in chemistry in 2008 (alongside Osamu Shimomura and Roger Tsien) received the prize "for the discovery and development of the green fluorescent protein, GFP".