Lloyd Shapley: A founding giant...
Back

Lloyd Shapley, game theorist and co-recipient of the 2012 Nobel Memorial Prize in Economic Sciences, passed away in March. This column, by the economist with whom he shared the Nobel, outlines Shapley’s intellectual life and career, which was among the most fertile of the 20th century. Shapley made fundamental contributions to the analysis of both cooperative and non-cooperative games. Some of his foundational ideas have led to the study of matching markets and to the thriving branch of practical economics known as ‘market design’.

Lloyd Shapley was one of the founding giants of game theory. He shared the 2012 Nobel Prize in Economics for his seminal work with the late David Gale on stable matching – situations in which there are no two agents who would prefer one another over their current counterparts. But he could have won a Nobel for any of a number of his papers that initiated whole literatures.

In addition to being one of the very first to formulate and study the core of a game, which was intimately related to his work on matching, he invented the Shapley value for evaluating games with side payments, which he and Martin Shubik showed could also be used in studying voting and political processes. He and John Milnor initiated the study of games with a continuum of players (‘oceanic games’), a subject that he later explored in depth with Robert Aumann; his paper on ‘stochastic games’ initiated the study of Markov decision processes as well as Markov games; and he contributed deep insights about learning in games and the structure of markets.

At a time when game theory was viewed as addressing two fairly distinct kinds of situations – cooperative games (in which models focus on what coalitions could accomplish if they agree) and non-cooperative games (which focus on individual players’ strategic choices) – Shapley made fundamental contributions to both.

Lloyd Shapley was born on 2 June 1923 to Martha and Harlow Shapley – his father was a famous astronomer. In 1943 Lloyd was drafted into the Army, where he served from 1943-45 and won the Bronze Star for breaking a Soviet weather code. After the war he completed his undergraduate studies at Harvard and, after briefly returning to the RAND Corporation, entered the math PhD programme at Princeton in 1949, where he shared a dormitory suite with Martin Shubik and John Nash, and where he also met David Gale and Herbert Scarf. Shapley’s dissertation advisor was Albert Tucker, and his dissertation was on “Additive and Non-additive Set Functions”.

After getting his PhD in 1953, he spent the bulk of his career at RAND, then moved to UCLA in 1981, where he was an emeritus professor when the early morning call came from Stockholm. He was 92 when he passed away on 12 March 2016. 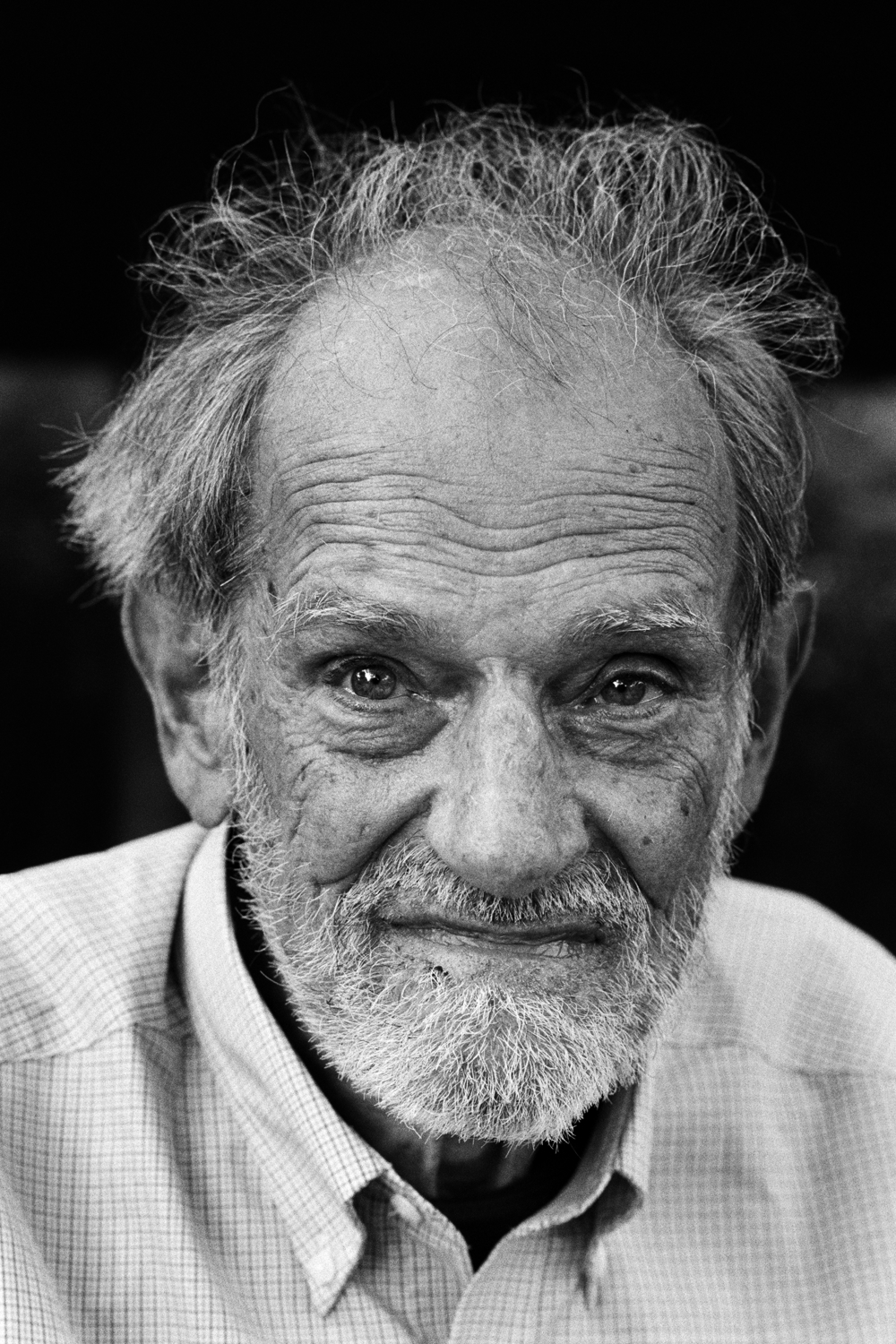 One of Shapley’s earliest contributions (1953a) was to formulate and study the function that is today known as the Shapley value, for games modelled as cooperative games in coalitional function form with side payments. Such a game is modelled by a set N = {1,…n} of players, and a function v that assigns a real number to each coalition S, that is, to each subset of N, such that v(S) represents the amount (of money or of utility) that coalition S is able to transfer among its members in any way that they all agree to.

The Shapley value of a general game with side payments, intended to summarise how valuable it is to play the game from each position, was similarly a weighted sum, over all coalitions, of a player i’s marginal contribution v(S) – v(S-{i}). An edited volume called The Shapley Value (Roth 1988) was published in honor of Lloyd’s 65th birthday, to represent the very substantial literature that had grown up around deriving, interpreting, and applying the Shapley value over a wide range of situations.

Lloyd and John Milnor (who was an undergraduate at Princeton when Shapley was a grad student) initiated the study of ‘oceanic games’, in which price-taking behaviour was analysed by modelling players as a non-atomic continuum of individually insignificant players (1961). Lloyd and Robert Aumann later explored such models together in their masterful 1974 volume Values of Non-Atomic Games (which I once found shelved in the physics section of the Stanford bookstore). That work was part of a grand unification of ideas from game theory with classical ideas from economics, and Aumann and Shapley used the model of a game with a continuum of players to study conditions that could be interpreted as ‘perfect competition’ in which the Shapley value of a market game coincided with the market’s competitive equilibrium outcomes.

Shapley (1953b) is often cited as was one of the first formulations of the core of a game as an independent solution concept – the set of outcomes such that no coalition of players can do better on their own. He explored the notion of ‘balanced games’ to characterise those that always have non-empty cores (Shapley 1967). Shapley and Shubik (1969) showed that the games with side payments that can be formulated as exchange economies with continuous and concave utility functions are precisely those that are ‘totally balanced’ – that is, those for which the subgame formed by each subset of players is a balanced game.

His 1962 paper with Gale looked at the core in a simple model of matching such as the ‘marriage problem’ in which there are two kinds of agents, each of whom wishes to be matched to one agent of the other kind. They formulated two-sided matching models and the deferred acceptance algorithm, which today have practical application in many labour market and school choice clearinghouses that match applicants to jobs or students to schools. (See also the 1971 paper with Shubik on a model of two-sided matching with side payments. The title of that paper was “The Assignment Game I: The Core”, and Lloyd once advised me never to title a paper that way unless I already had a follow-up paper – no number II ever followed that one.) Another paper, by Shapley and the late Herbert Scarf (1974), provided a model of exchange of indivisible goods without money that has provided conceptual foundations for organising kidney-exchange transplants among patient-donor pairs who cannot donate to one another directly.

His paper on stochastic games (1953c) introduced a model in which players’ choices jointly determine not only their payoffs but also the transition probabilities to a subsequent stage of the game. It was among the first formulations of a dynamic, multi-stage game, and has fostered a large and thriving literature.

Shapley and Dov Monderer (1996a) studied the class of ‘potential games’, for which there exists a potential function – that is, a function such that each player’s reactions to the choices of others increases his own payoff function if and only if it increases the potential function. These are games in which simple learning dynamics work very well in reaching equilibrium, since each player can seek to myopically maximise his own earnings while simultaneously increasing a kind of social objective function. This connection was made particularly clear by Shapley and Monderer’s related paper, published the same year (1996b), on fictitious play learning in games with identical interests.

No brief account can summarise Lloyd Shapley’s intellectual life and career, which was among the most fertile of the 20th century. He opened up vast areas to be explored by those who followed. To pick just an area in which I have worked, a few of his foundational ideas – the core, two-sided matching, and exchange in cycles of trade – have led to the study of matching markets, and to a thriving branch of practical market design, which is the engineering part of game theory.

Shapley, L S (1953b), ‘Open Questions’, in Report of an Informal Conference on the Theory of N-Person Games, Held at Princeton University, March 20-21, Kuhn (ed.) mimeo.

Note: This article was originally published on VoxEU.

Al Roth is the Craig and Susan McCaw Professor of Economics at Stanford University, and the George Gund Professor Emeritus of Economics and Business Administration at Harvard. He shared the 2012 Sveriges Riksbank Prize in Economic Sciences in Memory of Alfred Nobel 'for the theory of stable allocations and the practice of market design'. His work is in game theory, experimental economics, and market design. He directed the redesign of the National Resident Matching Program, through which most American doctors find their first employment as residents at American hospitals. He has also helped in the reorganization of the market for more senior physicians, as they pursue subspecialty training, and in other labor markets. He helped design the high school matching systems used in New York City, and the school choice systems for public and charter schools in other large American cities. He has helped in the design and implementation of kidney exchange, which allows incompatible patient-donor pairs to find compatible kidneys for transplantation. He is the author of Who Gets What and Why: The New Economics of Matchmaking and Market Design.