On Wednesday, #LiNoEcon was inaugurated with a keynote by ECB President Mario Draghi, followed by the first full day of the meeting programme with lectures and seminars. In the evening, young economists and laureates mingled at the Get-Together in Friedrichshafen, where Federal Minister Peter Altmaier welcomed the participants on behalf of the German government, stressing that the young economists were the ‘hope of the universe’.

The Keynote by ECB President Mario Draghi during the opening ceremony 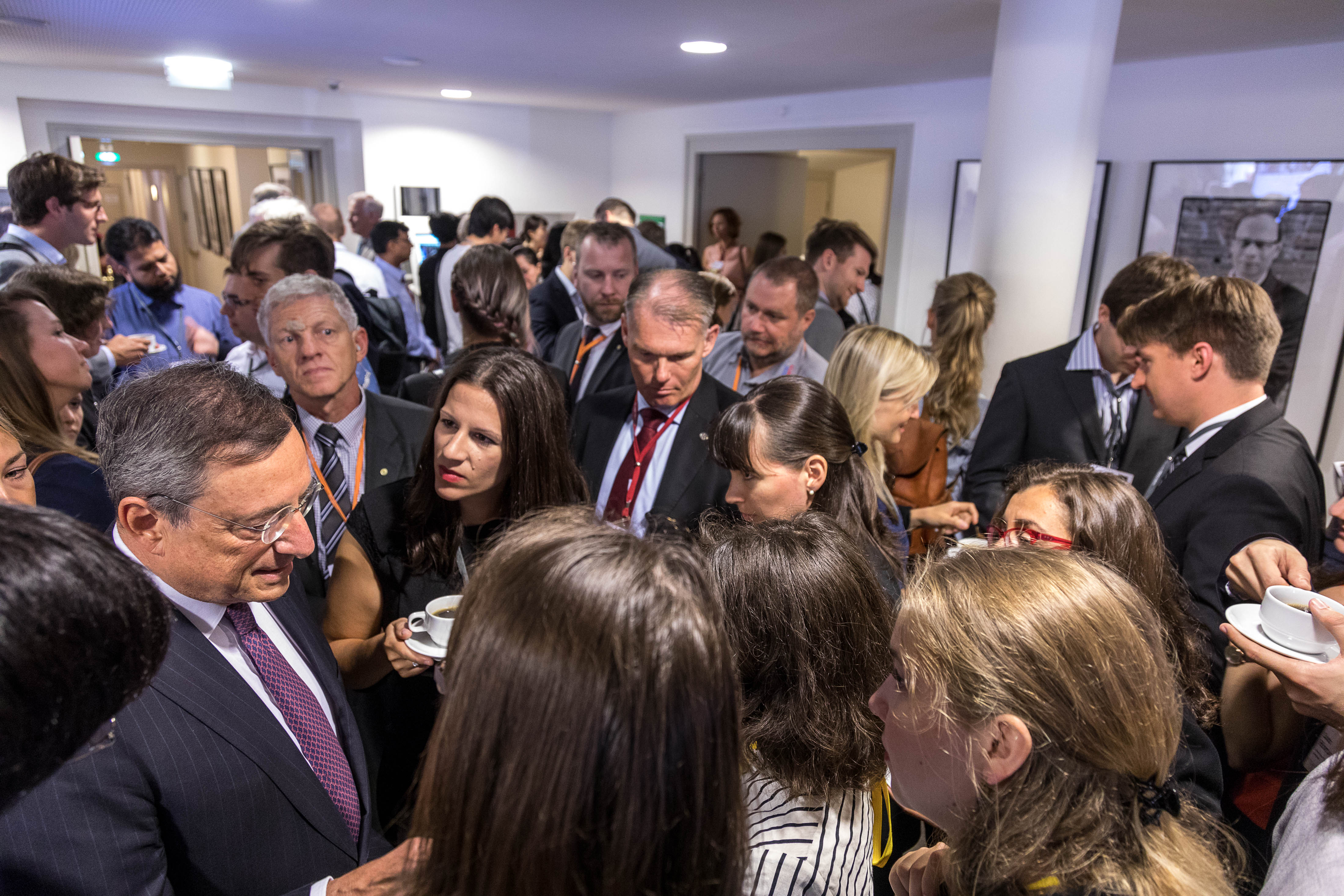 For even more pictures from the Lindau Nobel Laureate Meetings, past and present, take a look at our Flickr account.

Blog of the day:

On the Future of the Euro Area: #LiNoEcon young economist Benjamin Schäfer suggests ways to overcome the weaknesses in Europe’s monetary union.

Do take a look at more of our inspring blog posts.

.@lindaunobel #economics event is off to a good start! Excited for the innovation & fighting economic inequality panels this week #LiNoEcon pic.twitter.com/pERw2LeUbu

Peter Diamond pointing out the importance of financial literacy on his lecture about good pension design #LiNoEcon pic.twitter.com/g464KMoY9C

So much for #LiNoEcon being a no bell meeting… pic.twitter.com/bCTPNGQFD0

Listening to @Frances_Coppola, Pissarides, Maskin, @econromesh and others on the future of European economics #LiNoEcon pic.twitter.com/gHgd7laY7o

Is this what they mean by the spirit of Lindau? #LiNoEcon pic.twitter.com/FIGpLgHLH4

We will keep you updated on the 6th Lindau Meeting on Economic Sciences with our daily recaps. The idea behind it is to bring to you the day’s highlights in a blink of an eye. The daily recaps will feature blog posts, photos and videos from the mediatheque.

Laura Schönhardt was a member of the communications team of the Lindau Nobel Laureate Meetings. Before joining the Lindau team, she studied the German, English and Italian languages and cultures at the Johannes Gutenberg-Universität in Germersheim, Germany. The international context of the meetings reflects her personal interest in cultural exchange and she is excited to meet many new people from all over the world.