Another day of #LINO70 has flown by, with more than 12 hours of exciting programme. Two prestigiously composed panels discussed fairly different energetic matters: first, Laureates Chu, Laughlin, Michel and Schmidt were among the panelists of ‘Energy and Climate’, stressing the urgency of fighting climate change through systems change. Later, Laureates Genzel, Gross, Perlmutter and Weiss managed a shift from green to dark energy – without counteracting sustainability. Their panel ‘Dark and Black’ set out for the universe! Several lectures and Agora Talks, another Next Gen Science session and 17 Open Exchanges later, it is time to recap our highlights of the day.

“This problem is so gigantic that the skill set one needs is a basket of things. This is quintessentially what deep education is about.”

Brian P. Schmidt, Nobel Laureate in Physics 2011, on the importance of education in combatting climate change.

Not just for those of us watching it in the morning, our session of the day was an equally stimulating as much as alarming wake up call. The panelists, Nobel Laureates Chu, Laughlin, Michel and Schmidt, as well as young scientists Nadine Mengis and climate scientist Gerald Haug, left no doubt: time is running out, the global community needs to act swiftly and decisively. While they agreed on that, there were plenty of more controversial points, before all finally gave their personal outlook on the chances to battle this crisis. Some more, some less optimistic.

The Nobel Prize considers five different disciplines or categories, a selection that roots in the last will of Alfred Nobel; apart from the natural science Laureates, we regularly have the honour of welcoming Nobel Peace or Literature Laureates in Lindau. This year, Kailash Satyarthi, 2014 Nobel Peace Laureate, joined for an important conversation: with Countess Bettina Bernadotte, who is also engaged in childrens’ rights and education initiatives, he discussed the impact of Corona on children in developing countries.

Our blogpost of the day summarises two separate but related Agora Talks and tied their contents in with each other. Jean-Marie Lehn and Arieh Warshel, Nobel Laureates in Chemistry – 1987 and 2013, respectively – both held their talks on Monday. Science writer Meeri Kim describes how they both discussed molecular chemistry from two differing perspectives.

The second panel discussion of the day probably left many non-physicists with steaming heads – and all of us fascinated by the wonders, advancements and secrets of researching the ‘Dark & Black’ of the universe. Early on, the panelists came to speak on dark energy. Huge efforts are currently being made to measure the equation of the state of dark energy w – a number describing cosmic inflation and the accelerated expansion of the universe. Observations have provided an estimate of this value to be near -1. But by more accurately measuring w, astrophysicists hope to uncover the true nature of dark energy.

Today at @lindaunobel Summit a young scientist asked "How to contribute in ending child labour?" I said,"Pick up your phone,use your social media & demand your Govt & international community to ensure social protection for marginalised children & their parents in budgets & Aid." pic.twitter.com/mobpGLkOk5

On occasion of the Lindau Nobel Laureate Meeting, the ETH Zürich participants had the opportunity to meet Nobel Laureate @DidierQueloz. His advice? "Grab opportunities, learn how to cope with failure, and having your friends' and family's support helps you succeed in academia." pic.twitter.com/ZaGYxWXdmO

The Lindau Mediatheque is full of wonderful material of Nobel Laureates: presentations, interviews, and discussions. Check it out and be inspired!

I was honoured to be one of 20 young scientists selected to share our research with 650 participants of #LINO70 and 70+ @NobelPrize laureates at @lindaunobel. And I will remember that @clarityandchaos was eager to discuss our gut virome research "even during a dinner" 🙂 pic.twitter.com/KA3SIkOU8s

Great to be back where it all began @lindaunobel! https://t.co/af5FZ0bvqF

We hope you took yesterday’s advice to heart and made sure to not miss out on the second round Next Gen Science that took place today. If, against all odds, you did miss some of the smartest young minds presenting their research and findings, here is our video of the day for you.

The last Next Gen Science session is scheduled for Thursday, 9.15 – 11.00 CEST. Afterwards, #LINO70 participants can find the presenting young scientists in their own Hopin Expo booth for a follow-up. Refer to the Hopin FAQ or our Chat Support for the time slots. 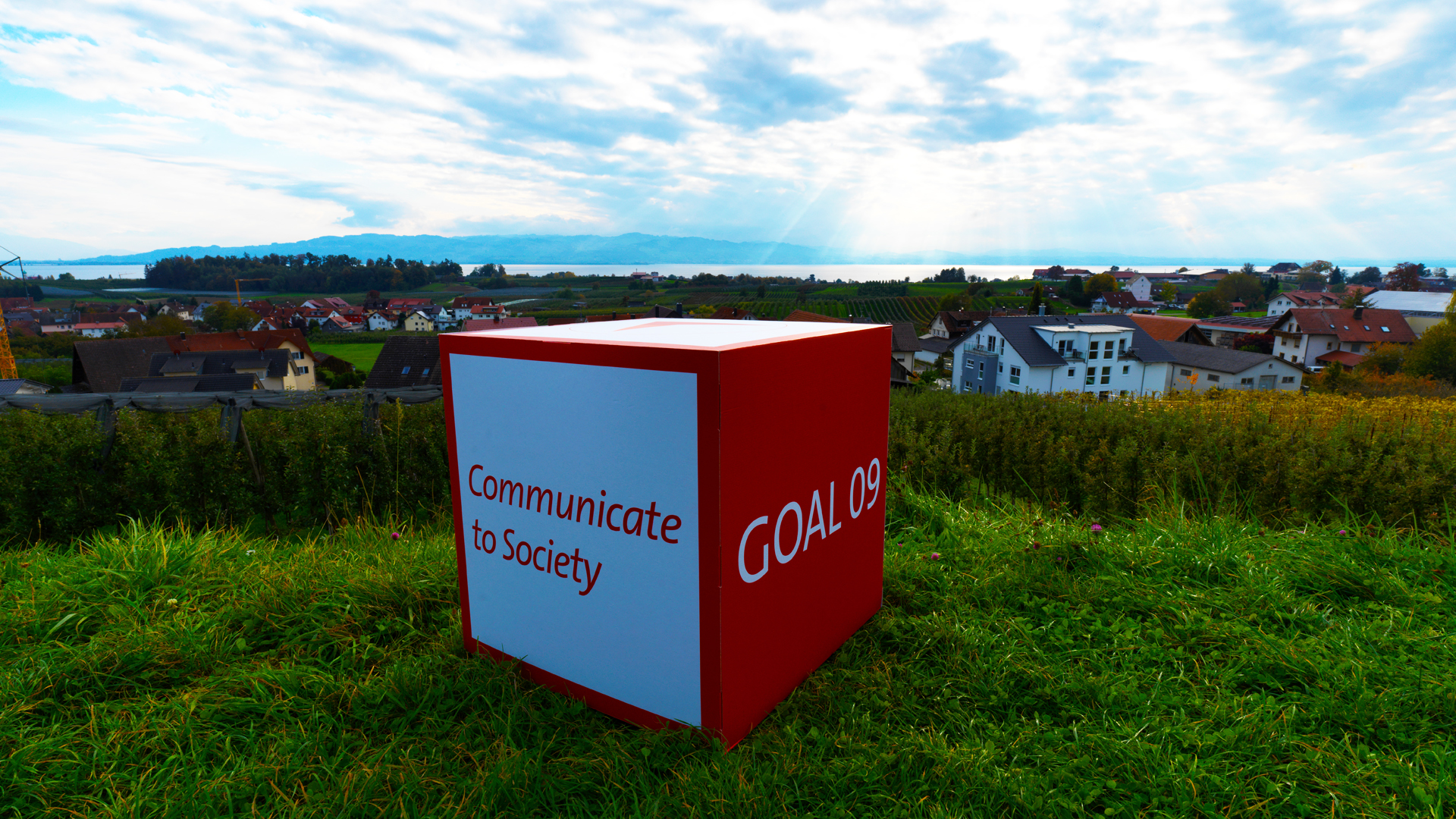 “What I encourage people to do is read the literature [on climate change] and see what’s going on (…) so we can sensibly make decisions,” said Laureate Brian Schmidt earlier today in the panel on climate and energy. Effectively communicating scientific findings, facts and assessments is a prominent matter of debate. To engage society, policy makers and other stakeholders is one aim of this goal: because “research and its applications have all-pervasive effects on people’s lives.”

Throughout their 70 years history, the Lindau Meetings have repeatedly been a stage for and initiator of important initiatives. Already in 1955, only four years after the first meeting, Laureates gathered on the home island of the Bernadotte family, Mainau, to take a stance for a peaceful, cooperative world without atomic weapons.

60 years later, in 2015, the second Mainau Declaration was signed by 76 Nobel Laureates. It warns world leaders of an imminent threat once more: climate change and its adverse effects. The Declaration was presented to global policy makers in advance of the United Nations COP21, the conference that led to the Paris Agreement. Friend of Lindau, Laureate and initiator of the Declaration, Brian P. Schmidt, was one of the panelists in today’s discussion “Energy and Climate” – our session of the day.

An intriguing mix of scientific and social programme sets the frame for the last full-length day of #LINO70. It starts with the panel ‘Open Science’, starring among others Nobel Laureate and initiator of the Lindau Guidelines, Elizabeth Blackburn. The second panel discussion of the day will evolve around artificial intelligence, its promises and threats. Further: 8 Open Exchanges, 6 Agora Talks, 3 lectures and one conversation with Henry Kissinger on science, politics and the new world order. Don’t miss the third edition of Next Gen Science or the project presentation of this year’s Lindau Online Sciathon. We’ll close the day with a concert and sunset party. Cheers!

Find the full week programme in our mediatheque.