Please find below some of the highlights of Tuesday, 28 June at the 66th Lindau Nobel Laureate Meeting.

This is not the only video from today! You are more than welcome to browse through our mediatheque for more.

Austria is determined to become one of the hot spots for research in Europe and has also contributed greatly to this year’s Lindau Meeting.

A very interesting panel discussion at the science breakfast on “Excellence in Science and Sports” hosted by Rolex SA. 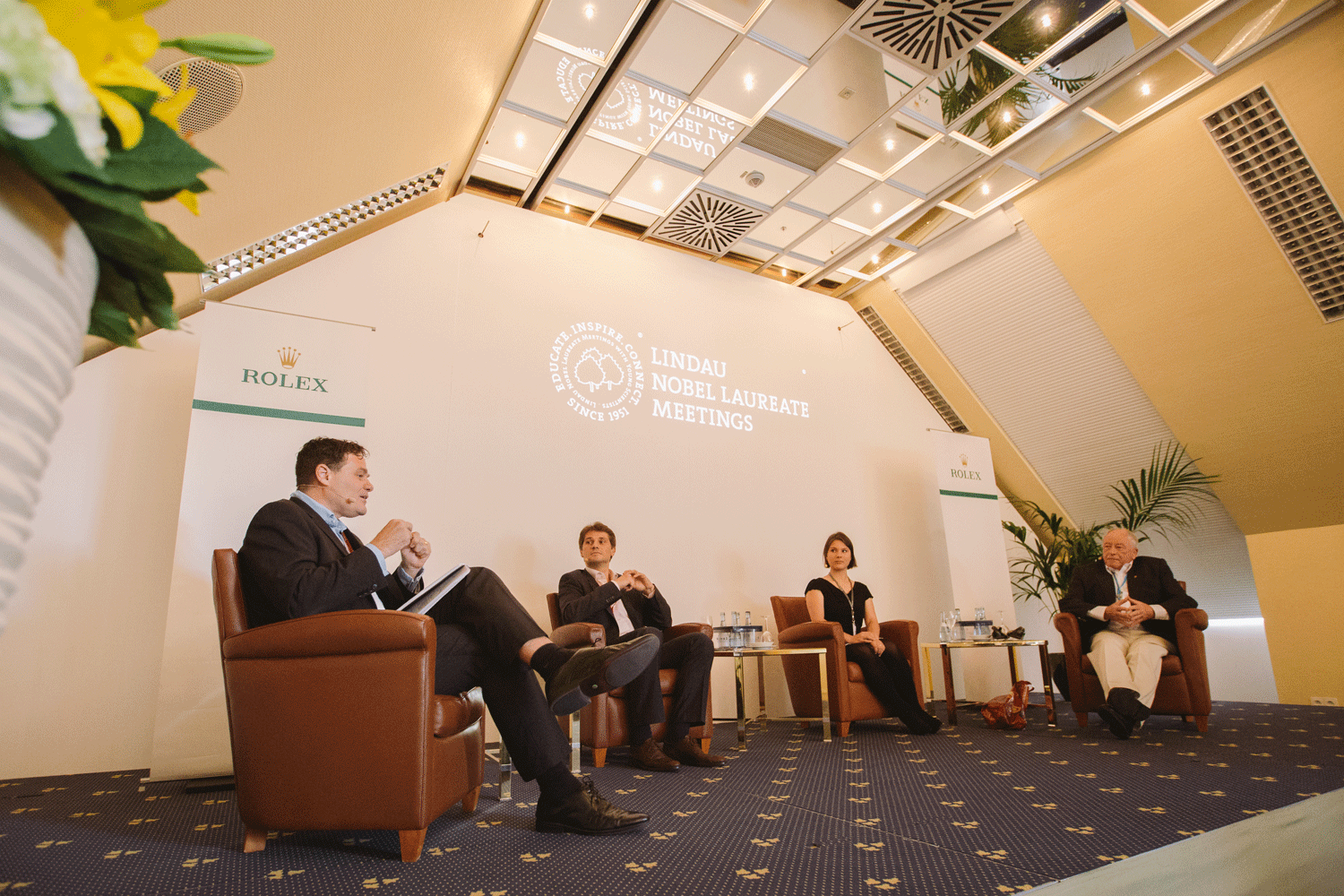 For more pictures from the Lindau Nobel Laureate Meetings, past and present, take a look at our Flickr-account.

von Klitzing @NobelPrize #physics, on his bday, just handed me his Medal. This is @lindaunobel #nerdheaven #LiNo16 pic.twitter.com/mRoCYKZbd8

They are so happy to take pics with the young scientists in #LiNo16 pic.twitter.com/RG9c19Nhdy

Presenting my poster on the @mwatelescope and ‘young’ galaxies at #LiNo16 pic.twitter.com/9V9YTVvd98