Yesterday, the scientific programme of the 66th Lindau Nobel Laureate Meeting commenced. It was a fantastic day full of science and exchange – this short recap can only give you a glimpse of everything that happened. You should definitely have a look at our mediatheque to see all the fascinating lectures!

Video of the Day:

This is not the only video from Monday! Browse through our mediatheque for more.

A Beautiful Quest – The Search for a Unified Theory

The search for a single overarching theory of nature that describes all the fundamental physical forces and particles has been the major thrust of modern physics. Are we about to reach this elusive goal, or is it turning into a quixotic quest that needs to be abandoned?

Picture of the Day: 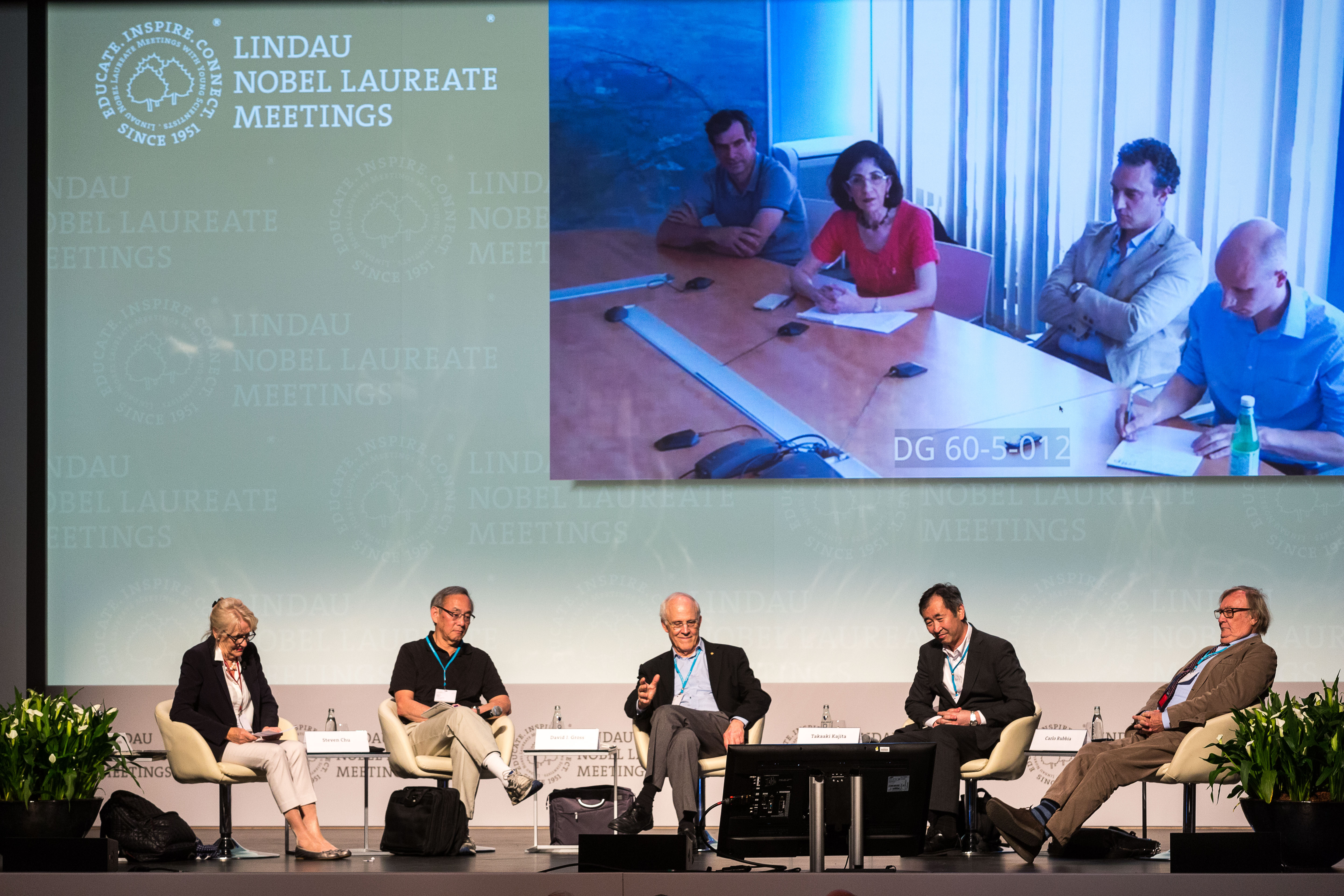 For more pictures from #LiNo16 take a look at our Flickr-account.

We want to thank all of you who engage with us on Twitter – You’re great! Here are our tweets of the day:

#YoungScientist Ayesha is on our @lindaunobel #WomenInScience panel Tuesday. She works on #nanotechnology. #LiNo16 pic.twitter.com/xO04KWcE7B

Winifred from Ghana & Temitope from Nigeria at the #LiNo16 #womeninscience #womeninphysics pic.twitter.com/JCm50SZfek