Interview: Dominic Hill, „Surviving Terminal...
Back
A new documentary film questions the traditional methods of brain cancer treatment and research. After losing his brother-in-law to one of the most dangerous variants of brain cancer – glioblastoma multiforme – filmmaker Dominic Hill set out to investigate why even after decades of cancer research patients still have little reason to be hopeful after being diagnosed with this kind of brain tumor. The film follows three men – doctors and scientists themselves – who tell the stories of battling their own brain tumors. Two of them fought off glioblastoma multiforme and one is still struggling with another deadly variant, anaplastic astrocytoma. But how did they manage to survive cancers that usually mean certain death? All three of them ignored the advice their oncologists gave them and instead tried out pharmaceutical drug cocktails that are not necessarily medically approved for treating brain cancer. The film raises the question if the current system of testing cancer treatments by using randomised controlled trials involving single drug agents may be flawed. The creator of the film Dominic Hill took the time to answer some of our questions about the project. 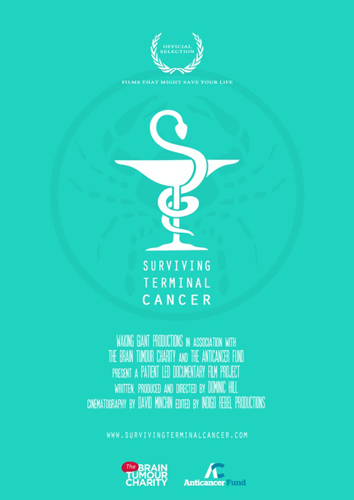 Mr. Hill, can you describe the path that led you from suffering the loss of a family member to delving deep into the intricacies of cancer research? My Journey into oncology started when my brother-in-law was diagnosed with an inoperable, highly malignant brain tumour in 2009. His acute suffering and that of my sister as she desperately tried to care for him, affected me deeply. As we began to research online, my family found a book, published by an academic from California who had devised his own, highly aggressive treatment protocol and survived a disease that we had been told was universally terminal. The book did not try to suggest specific treatments, but more a conceptual framework within which to understand cancer, and a pragmatic approach that only a patient, or a family member of a patient, could understand. It was written in a clear hand and presenting a balanced evaluation of cross risk analysis that is distinctly lacking from most medical teams. Some shocking truths came into focus: such as the realization that statistics in such serious illness can lead to a fatalistic approach to treatment, and that standards of care derived from average outcomes bear little correlation to individual patients. As the significance of this understanding dawned on me, I began to scramble for information, desperate to find a medical team that would engage an attempt at curative treatment, no matter how small the chances of success. I travelled widely in the USA and generated a network of contacts within neuro-oncology. But Andreas’ disease had developed so aggressively that it was impossible for my family to find, harvest, digest and act upon critical information in his lifetime, let alone the brief window of opportunity between diagnosis and surgery that can define or preclude forward therapy. After Andreas died I felt a responsibility to create a way to communicate this information to future patients and their families, when they most needed to hear it, even if at that time they are in deep shock. In short, it was the perceived injustice of the fact that patients facing the worst diagnosis known to man, should also have to fall victim to man–made problems and paralysis: In the paradigm of oncology today, every stakeholder’s interests are protected, except those of the patient. There is of course no voice to complain about this injustice, as the affected people die, and in most cases those most directly affected by loss have no wish to rake over the events which have caused so much pain, let alone enter a wider debate on cancer treatment. 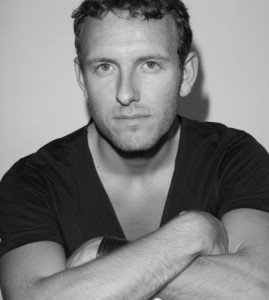 Dominic Hill, writer and director of the film.

Why is it that so little progress has been made so far in curing these terminal forms of cancer, in your opinion? People say it comes down to funding, funding and funding. Others say it will take great science. But I maintain that even with infinite funding and the greatest minds in science, we cannot make significant progress against cancer in the current paradigm. At the heart of the paralysis, it is a question of systems. We blindly trust our systems, and yet a system is only as good as its architect, or the information available to the architect at the time of its conception. We are currently working within the framework of a system that is outdated and totally unsuitable to the lessons that cancer itself has taught us over the last century. Cancer therapy today is built on two assumptions: firstly that a sequential treatment model is the only way to treat patients safely; secondly that treatments can only be combined when they have first shown efficacy against that disease as single agents. In the first instance, with such a genetically unstable adversary as cancer, the idea that we must wait for disease to progress before facilitating access to experimental therapies is inhumane. When it comes to combining treatments, again the logical framework we employ just doesn’t stand up to examination: if cancer has tens or possibly hundreds of growth pathways, then logically it probably requires an assembly of tens or possibly hundreds of different treatments to counteract it’s overall growth dynamic. But out current system stifles any innovation in this direction of research via a combination of overly risk-adverse regulation, and legitimate market forces in a free-market economy. If we do not address the two issues simultaneously, neither can work in isolation. These assumptions must be removed before progress can be made in the field as a whole. Certainly, we have come up with some great treatments and diagnostic tools that have delivered real change in some cancers, but in truth we are little closer to addressing malignancy or metastasis. If we want to think aboutrealprogress we need structural change to the macro environment. That means winning hearts and minds within the medical establishment. In my experience, the only time this happens is when the doctor gets sick themselves, or has a loved one who is sick, then suddenly the perspective changes. 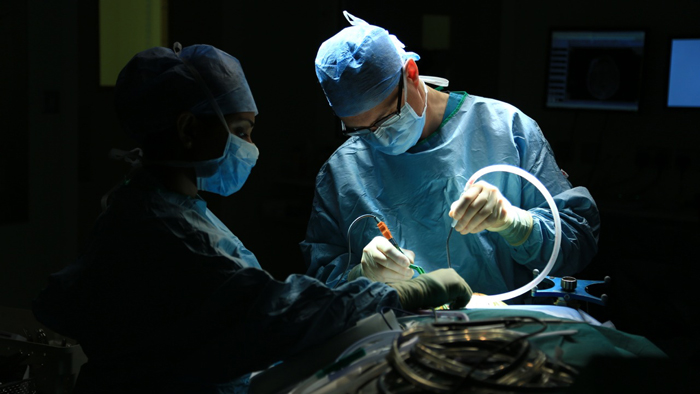 What do you hope to achieve with your film? Thanks to technology patients are becoming more equal stakeholders in the decisions making process that defines their treatment, and it should be so… lest we forget a doctor is in primisa consultant. In terminal diseases like high grade glioma, one of the most important prognostic factors in predicting survival is the willingness of the patient to go outside the box, with a determination to define their own treatment. I made this film to try to disseminate critical information to future patient populations about the invisible barriers they will face beyond their biological diagnosis, barriers that in most cases preclude their access to the treatments at the front of the innovation curve. The denial of this access made me angry, and I would like to believe that if we can make enough people angry, change will become inevitable. Thanks for taking the time for the interview! “Surviving Terminal Cancer” premiered yesterday (4 February, #WorldCancerDay) with a screening in London. Another one will take place on 18 February in New York. After that the film will be available to watch for free on the project’s website www.survivingterminalcancer.com. Film Trailer: Surviving Terminal Cancer teaser from Indigo Rebel on Vimeo.