Innovation and human flourishing
Back

Nobel economist Edmund Phelps is concerned that a loss of dynamism threatens our prosperity.

One of the themes of the upcoming 5th Lindau Meeting on Economic Sciences, 19-23 August 2014, will be the importance of innovation. Writing in today’s Financial Times, Edmund Phelps (Nobel Prize 2006) worries that there has been a loss of dynamism in the western world, which is stalling innovation, reducing productivity growth and threatening our future prosperity. At Lindau next month, Phelps will develop this argument both in a lecture and at a science breakfast, exploring what is needed to restore the grassroots dynamism that can drive transformational innovation for better lives – or what he calls ‘mass flourishing’. His view is that most innovation is not driven by a few isolated visionaries, but rather by dynamism on a mass scale: millions of people empowered to dream up, develop and market new products and processes. So what has been responsible for the loss of dynamism? Phelps blames ‘the spread of corporatist values, particularly solidarity, security and stability’. These dangers of ‘corporatism’ were the focus of his 2011 Lindau lecture, which included an examination of the prospects for the countries of North Africa that were then enjoying the ‘Arab spring’. 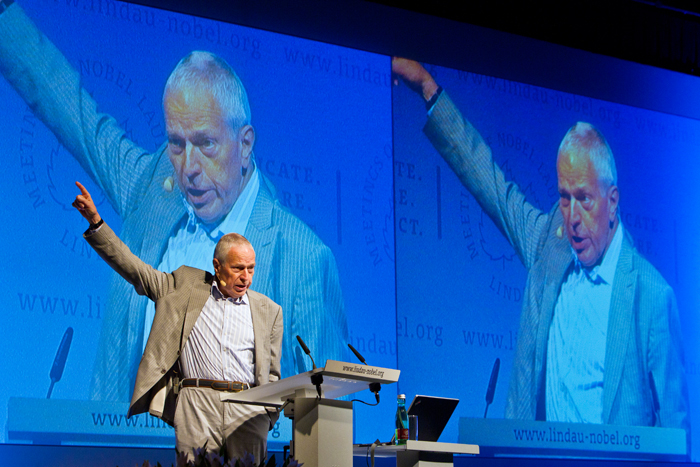 He noted that the former dictatorships of Egypt, Tunisia and Libya were described as capitalist economies. But in reality they were ‘corporatist’ economies, where privileges and connections were the key to personal success, and where open competition and meritocracy were absent. Phelps asked whether the positive political change of the ‘Arab spring’ could be followed by equally positive economic developments. The answer, he said, is certainly not ‘cathedrals in the desert’, the vast infrastructure projects promoted by the International Monetary Fund in Tunisia. Nor necessarily is it education: huge unemployment among educated Tunisians was a driver of the revolution. The only solution, Phelps concluded, is to do everything possible to promote enterprise and innovation. That means establishing the right for people to start up their own businesses, enabling new entry and entrepreneurship, and encouraging a more meritocratic way of hiring people in existing businesses. And it means ending support for sclerotic state-backed businesses and removing blocks on people’s initiative in pursuing even the humblest enterprise. These ideas, applied to Europe and North America as much as to the developing world, are discussed in detail in Phelps’ recent book Mass Flourishing: How Grassroots Innovation Created Jobs, Challenge, and Change.