Great tradition comes with obligations...
Back
Seven Nobel Laureates from France are guests at Lindau 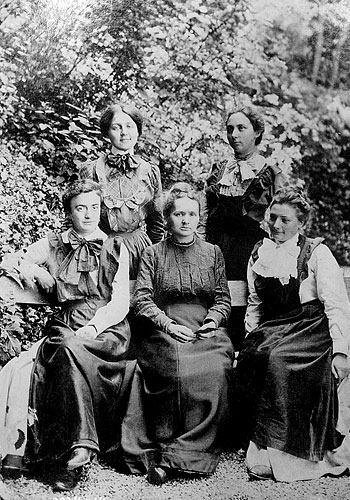 Marie Curie with four of her students (between 1910 and 1915).
source: Library of Congress, photographer unknown

Two famous names still embody great science to this day: Louis Pasteur and his Pasteur Institute and Marie Curie and the Institut Curie that she founded. Both Pasteur and Curie were not only focused on their latest research, but also on the training of young scientists and the creation of a suitable institution to facilitate this. The historical development of the institutes documents these efforts in an impressive manner. The Pasteur Institute – whose foundation was enabled by the wave of donations that came flooding in after a boy had been successfully vaccinated against rabies – is still considered a leading institution of biomedical research in France. The institute advises the French government and the World Health Organization and also serves as an epidemiological monitoring centre. The Institut Curie – today a cancer hospital and research institution in one – has become the very thing Marie Curie wanted it to become: a centre where basic research goes hand in hand with therapeutic application. Some 2,000 scientists from all corners of the globe work there, sharing one goal: combatting cancer. The history of the Institut Curie takes us back to the study of radioactivity and, associated with that, a more than unusual family history in the course of which two married couples succeeded in winning 5 Nobel Prizes in the space of two generations – first Pierre and Marie Curie, then Marie Curie again after her husband had died in an accident, and subsequently her daughter Irène Curie-Joliot and her husband Frédéric Joliot. The Nobel Prize the young couple won for their discovery of artificial radioactivity is coming up for its eightieth anniversary this year. That discovery marked the actual start of radiotherapy. Today, the Institut Curie has a different treatment method for every form of cancer and a separate treatment for every affected organ. A prominent Nobel Laureate of the present age bears a direct link to the Pasteur Institute in Paris: Francoise Barré-Sinoussi – the grande dame of AIDS research, discoverer of the HI virus (with Luc Montagnier) and head of the department for the biology of retroviruses at the Pasteur Institute. She will be attending this year’s Nobel Laureate Meeting to speak about the foundation of the Pasteur Institute in Paris and its global offshoots and to tell delegates about Pasteur’s humanistic philosophy and his decidedly modern view of science without borders and for the benefit of mankind. Ms. Barré-Sinoussi will talk about the achievements of AIDS research in relation to the treatment of epidemics like Ebola. 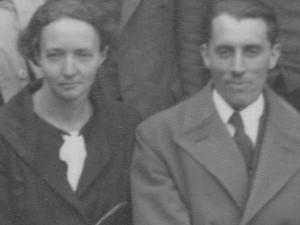 “Pasteur’s humanist and very modern view of translational multidisciplinary science for the benefit of populations, and without borders, resulted in key breakthroughs in prevention, diagnosis and treatment of diseases, starting with vaccination against rabies to comprehensive research on Ebola today.” The French science system has taken its own path, a path different to that of the other important scientific nations. Whereas most featured competition between research teams from an early stage and evolved around the universities and institutes, French universities were not able to become emancipated and develop in line with the needs of the modern day at the beginning of the 20th century. So the government took things in hand and founded the National Center for Scientific Research (CNRS) in 1939. The CNRS had a budget of 3.4 billion euros and a workforce of 32,000 in 2013, making it Europe’s biggest research organisation. French science was booming after the Second World War. Besides well-equipped laboratories, a number of specialised institutions were also set up at that time. As a result, alongside the country’s 83 universities and some one hundred elite colleges and university institutes, there are also about thirty research institutions with a very specific focus, along with the two prestigious charitable foundations, the Pasteur Institute and the Institut Curie. France invests around 2.25% of its gross domestic product in research and development, positioning it at 4th place in the OECD’s ranking (behind the USA, Japan and Germany). It ranks 6th in terms of the number of scientists. The science sector employs 162,000 people in public institutions and a further 213,000 people in private-sector research. Most of the private-sector research takes place in the electronics, automotive, information science and pharmaceutical industries. France has a system for the advancement of young scientists which is based on close links between science and enterprise (with such partnerships granted the “Carnot Label”) and which promotes the growth of innovative companies by means of tax credits on research expenditure. There is also a national research agency (ANR) endowed with a budget of more than 600 million euros to support competitive projects from research focus areas. All of this is consequently reflected in the fact that some of the top awards go to researchers from France. The science portal of the French Embassy in Germany proudly reports that the considerable national efforts have been rewarded with Nobel Prizes and several Fields Medals. Besides Francoise Barré-Sinoussi and Luc Montagnier, the Physics Nobel Laureates Serge Haroche, his doctoral supervisor Claude Cohen-Tannoudji, and Albert Fert, discoverer of giant magnetoresistance, are also going to honour us with their presence at this year’s Lindau Nobel Laureate Meeting. Others who will be in attendance are: Nobel Laureate in Medicine Jules A. Hoffmann (a native of Luxembourg who has held a French passport since 1970), who won the prize for his discoveries concerning the activation of innate immunity, and Chemistry Nobel Laureate Jean-Marie Lehn, a pioneer of the new research domain of supramolecular chemistry.

Anyone interested in France’s output of scientific publications, or the countries with which French scientists work in international research cooperations will find what they’re looking for in Nature Index. The figures there relate to the period from April 2014 to March 2015. The USA heads the list of the top 10 cooperation partners, followed by Germany and the UK. The physical sciences are followed by the life sciences and chemistry as the dominant fields in terms of numbers of research articles published. France is hosting a Science Breakfast and the International Get-Together this year. The young scientists can look forward to a Master Class by Albert Fert, Jules A. Hoffmann and Jean-Marie Lehn. Lectures will be given by Francoise Barré-Sinoussi, Claude Cohen-Tannoudji, Serge Haroche and Jean-Marie Lehn. Slider: Cyril Plapied (CC BY-NC-SA 2.0)