Financial Liberalisation causes Volatility not...
Back
Deregulating financial markets may have made the economy more volatile and more exposed to adverse economic shocks, according to research by #LindauEcon14 participant Søren Hove Ravn and colleagues. Economists often argue that financial market liberalisation makes business cycle fluctuations less dramatic, as it allows households and firms to use credit markets to smooth their consumption and investment activity over time. In research with two colleagues at the University of Copenhagen, Henrik Jensen and Emiliano Santoro, we challenge this view and suggest that financial liberalisation may instead lead to larger swings in economic conditions. According to our findings, macroeconomic volatility tends to increase in response to financial liberalisation in the form of looser credit limits faced by households and firms. An additional effect of this type of financial liberalisation is that credit is primarily extended when economic conditions are good. What’s more, economic recessions become larger than booms. Since the early 1980s, capital markets across industrialised countries have undergone massive deregulation. At the same time, business cycle volatility in the United States and other advanced economies has seemed to decline (a phenomenon labelled the ‘Great Moderation’) although this moderation came to a sudden end (or was temporarily paused) at the onset of the recent crisis. With two such major developments occurring simultaneously, it seems natural to search for a causal link between them. Indeed, a number of recent studies have argued that credit market liberalisation was a key contributor to the Great Moderation. According to this argument, financial liberalisation has allowed households and firms to access credit markets in all states of the economy, and hence to smooth their consumption and investment activity over time and across the business cycle. It has also been suggested that financial development leads to less negative skewness in output fluctuations over the business cycle. 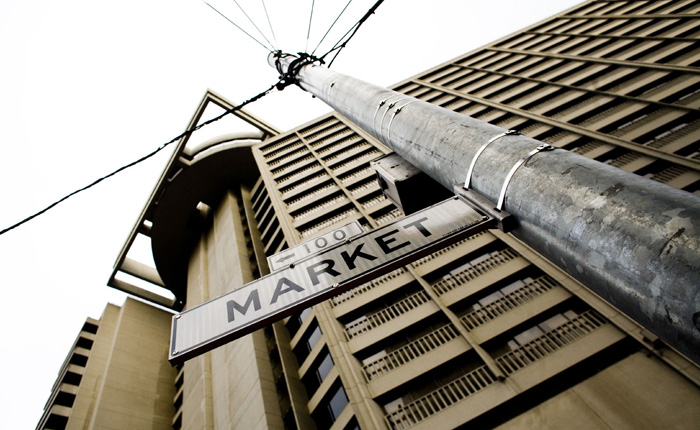 Deregulation of the financial markets may have other effects than previously thought. Credit: Thomas Hawk @ FlickR (licensed udner Creative Commons)

Our research examines these claims in the framework of a widely used type of general equilibrium model of the macroeconomy. In the model, households and firms are subject to credit constraints that may sometimes become non-binding. We then evaluate the effects of credit market liberalisation as measured by an increase in the loan-to-value (LTV) ratios faced by households and firms. Our findings cast serious doubts on the financial liberalisation story of the Great Moderation. Specifically, we show that in our model, financial liberalisation leads to higher macroeconomic volatility, stronger co-movement between aggregate debt and output and more negative skewness in output at business cycle frequencies. In brief, the first two findings are the result of a stronger amplification of shocks to the economy when LTV ratios are high, while the latter result is a reflection of the non-linear analysis we have carried out. In contrast to most existing studies, we allow for ‘occasionally non-binding’ credit constraints. This phenomenon, which is more likely to occur for high LTV ratios (a more liberalised credit market, in our terminology), contributes in itself to less macroeconomic volatility. But even as this phenomenon gives rise to an inverted U-shaped relationship between credit market liberalisation and volatility, macroeconomic volatility under high LTV ratios is substantially higher than under low to medium ratios. Overall, our findings are at odds with the claims of financial liberalisation as an impetus to the Great Moderation. Our study adds to the understanding of the linkages between financial markets and the macroeconomy, which have been at the centre of economists’ attention in recent years. Over the last 30 years, financial liberalisation has brought very significant changes to the credit markets in which households and firms operate. Yet the macroeconomic effects of these changes still need to be accounted for. For example, we demonstrate that while financial liberalisation leads to larger economic fluctuations, it also gives rise to a higher level of output: this points to an interesting trade-off that we intend to investigate in future work.

Soren Hove Ravn, Lindau Alumnus 2014, is an Assistant Professor of Economics at the University of Copenhagen. Previously, he worked in the Research Division of Danmarks Nationalbank; the central bank of Denmark. His research interests are macroeconomics, monetary economics, monetary policy, and macrofinance. He was a among the participants of #LindauEcon14.