Expectations: Kirsty Short
Back
In “Expectations” our authors describe their Feelings looking Forward to the Lindau Meeting. In this Edition it’s the turn of guest Blogger Kirsty Short.

What to expect when you’re expecting

First of all, don’t worry. Contrary to what you might anticipate in regards to the title of this blog this is not some misplaced post about what to expect during the various stages of pregnancy. Nor is it a review of the somewhat failed 2012 chick-flick of the same title. Rather, for me, ‘what to expect when you’re expecting’ really sums up my feelings about the Lindau meeting at the moment. I have heard so many amazing things about this meeting. One of my friends who went as part of the Indonesian delegation a few years ago, cites the Lindau meeting as the main reason that he is still in science. He says that to this day thinking about this meeting still provides him with motivation every time an experiment fails or every time that he has to do some crazy middle of the night time point. Others have told me this meeting will do amazing things for my CV and that I can make connections at Lindau that may last for the rest of my scientific career. This seems like pretty big shoes to fill for a meeting that only lasts one week! I have to confess that until a few years ago, I had never heard of the Lindau meetings…in fact I couldn’t have even have told you what country Lindau was in (as an Australian I am much more familiar with Asian, rather than European, geography!). Once I had actually heard of the meetings I thought that there would never be any chance that I would be eligible to attend. Traditionally, only younger researchers were sent, and, as I was starting my first post-doc I was potentially a bit too long in the tooth (quite depressing when you think about it really!). Furthermore, I was doing my post-doc in the Netherlands and it was very unusual for a country to nominate one of their researchers who was working overseas in another country. But somehow everything fell into place and I was invited to attend. So what should you expect from a meeting when you have already been told to expect SO much? I guess I am just going with an open mind and the hope that the presence of so many researchers who changed and challenged our most basic scientific assumptions will inspire me to do the same. Maybe it is a bit too much to expect, but, after all, nobody ever rises to low expectations. 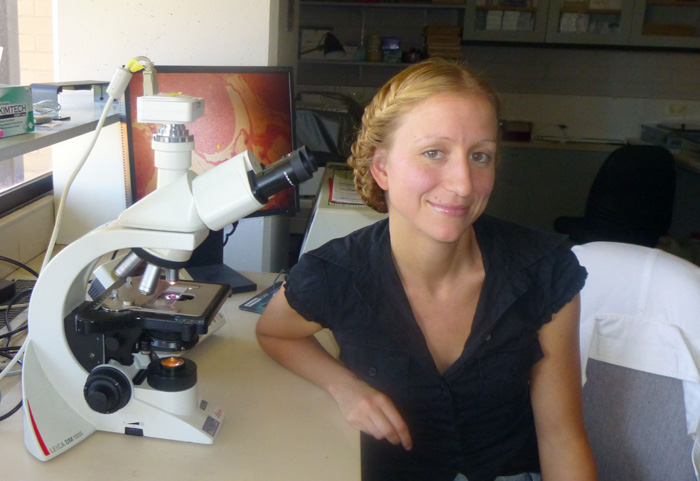 Kirsty Short will be one of the 600 Young scientists participating in the 64th Lindau Nobel Laureate Meeting. She will also be a guest blogger here.

I’d love to hear your comments about what you expect or hope to get out of the Lindau meeting. This could be anything from hoping to have an amazing scientific epiphany that will result in you being invited back as one of the Nobel prize winners or maybe just a chance to chat about science in a nice location with nice food!

Kirsty Short, Lindau Alumna 2014, is a post-doctoral researcher from Australia who is currently working at Erasmus MC, the Netherlands. Her research focuses on influenza virus, and specifically trying to identify the mechanisms by which the virus damages the lung during infection.