Women to Women: Science and...
Back
The key to the early child-rearing years is to be well-organized with a laser-like focus. Kirsty Renfree Short is not surprised. She shrugged her shoulders at the fact that female young researchers outnumber their male counterparts at the 64th Lindau Nobel Laureate Meeting, marking a first-time event in the storied Congress’ history. “Women outnumber men in grad school, so, why not?” the University of Queensland, Australia, postdoctoral student and Lindau Young Scientist said. Short, along with five other female Young Scientists, stood round a tiny table before the start of the Science Breakfast on 30 June sponsored by the state of Australia. “What I want to know is why are there so many female researchers at the graduate-school level, but not high up in leadership?” asked Tracy Norman, a doctoral candidate at the Georgia Institute of Technology, USA. Your correspondent followed up the statement with a question about family. Did the women plan to have children? Three raised their hand in the affirmative. The other three? Undecided. 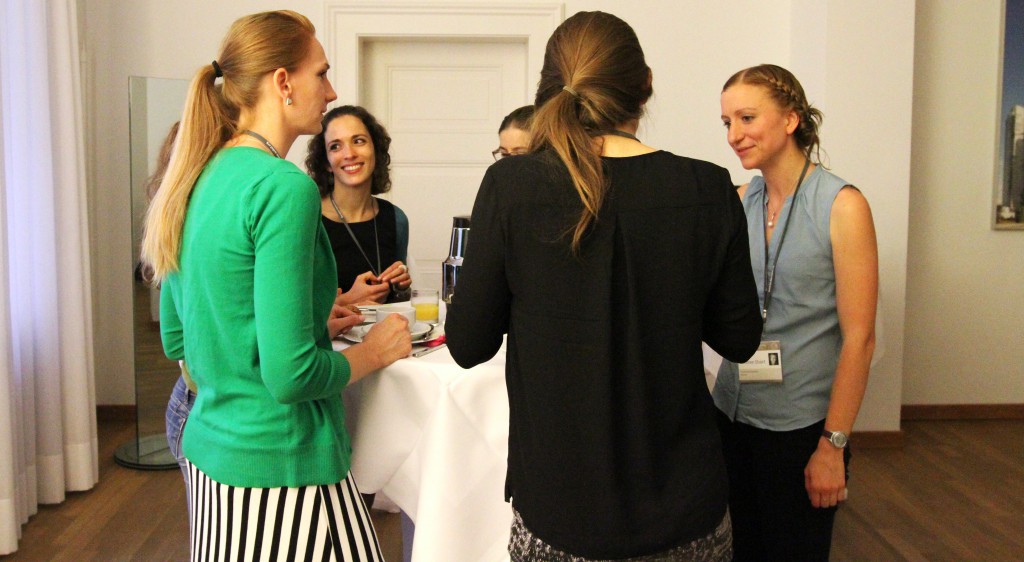 Adam Spencer, a self-described celebrity mathematician, moderated the talk with Suzanne Cory, immediate past president, Australian Academy of Science; Emma Johnston, director, Sydney Harbour Research Program, Sydney Institute of Marine Science; Brian Schmidt (Nobel Laureate, Physics 2011), The Australian National University; and Elizabeth Blackburn (Nobel Laureate, Physiology or Medicine 2009) University of California, San Francisco. In her opening remarks, Suzanne Cory recalled the scarcity of female speakers at the earliest scientific conferences she attended. “I expected everything to be totally transformed by now, and it’s not,” she said. The panelists nodded their heads in agreement. The three women chose science as their career path at a time when even the thought of such pursuits seemed preposterous to most. A common theme soon emerged from their stories. From the start, each female scientist adopted one attitude: I’ll show them. Blackburn recalled a school teacher’s reaction to her career goals. “Why would a nice girl like you want to go into science?” she said, repeating the teacher’s words. Blackburn pursed her lips shut at the time, she said, but doubled down with even more determination. Johnston described the deep skepticism she faced after declaring her passion for science. “You should study law instead,” her critics said. With these stories on their minds, the panelists then turned to possible solutions to fixing this leaky pipeline. Over at Slate.com, AAAS Mass Media Fellow Jane Hu also covered “the leaky pipeline problem” in a story titled Old Boys’ Lab, which covers discouraging statistics. According to the story, 52 percent of US biology Ph.D.s are women, but that number decreases to 39 percent of postdocs before shriveling to only 18 percent of tenured professors. Avoid the drop-off in interest   Girls and boys seem equally engaged in biological and other sciences until about year 6 of schooling, Brian Schmidt observed. Blackburn and Cory, having both attended the same all-girls high school in Australia, agreed with the observation. This drop-off could be partly explained by social pressures — conscious and unconscious — young women face in the junior and high school years. “Women may get intimidated about how to go on with their interests,” Blackburn said. The solution could be to ensure that science clubs and activities for women especially remain well-funded and supported through years 6-12, Schmidt said. At every stage in academics, women need confidence, Cory agreed. To the mostly female audience, Cory said: “You are at a crucial age now. Don’t drop off.” 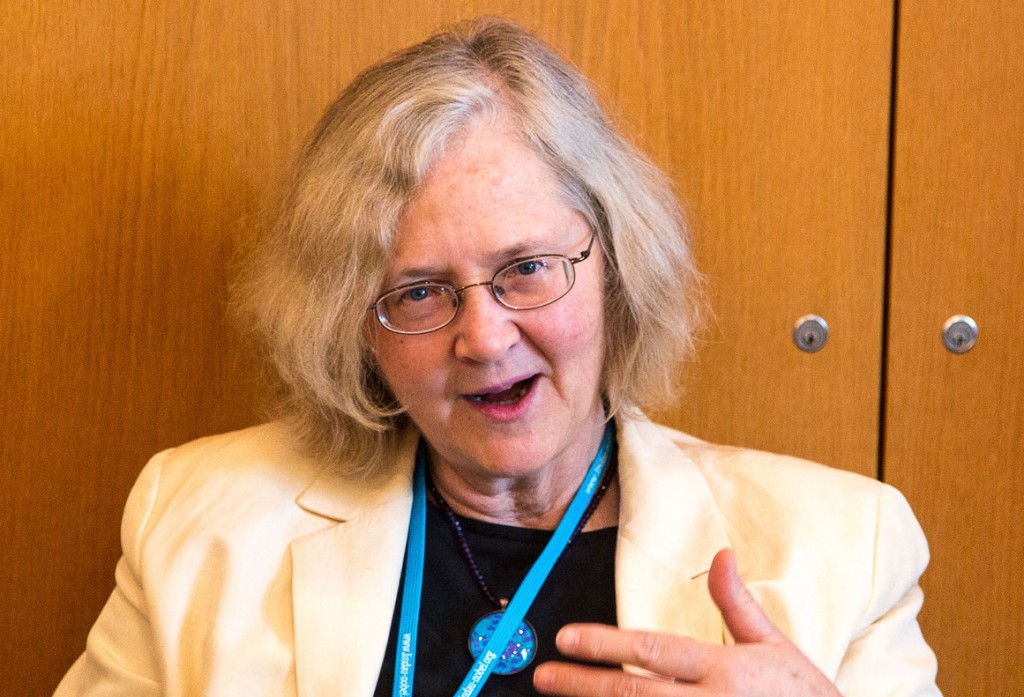 The impact factor of family One of the hazards of modern science and academia is the intense focus on tracking, Schmidt said. Citations, papers, symposiums or patents can all be considered part of the formula. But this formula overlooks the fact that a single great paper can have up to three times the impact of an average paper, Schmidt said. “We need to single out really great papers and provide those researchers with resources,” he said. After all, those who worry about the impact factor are “bottom feeders,” Blackburn said, to laughter from the audience. She went on to emphasize that women need to look at raising children, if they choose to do so, as a temporary impact on and overall scientific career that may span 40 or more years. “It’s only 18 or so years of your life,” Blackburn said, as chuckles erupted again. But a family and a successful career are not exclusive of the other, all women agreed. “Putting off children until much later is not biologically the smartest thing,” Blackburn said. Raising children requires first and foremost a partner who is willing to make sacrifices as well, the panelists said. When Adam Spencer asked if female scientists should consider taking an extended break of two or three years, the answer was a resounding “No.” “Science is really a fast-moving world,” Cory said. “If you get out, even for three years, it becomes very difficult to get back in. And you lose self-confidence, connections with your peers and knowledge.” The women agreed that the key to the early child-rearing years is to be well-organized with a laser-like focus. Blackburn gave up dinners out and socializing. “My life was research an family,” she said. Take a chance on women Toward the end of the talk, Cory gave the analogy of the young boy who dives into the deep end of the pool without thinking and just learns to swim. The young girl, by contrast, stays in the shallow end until she is certain that she will stay afloat, then moves deeper. To the women scientists, Cory said: “You’ve got to jump into the deep end.” Schmidt disagreed a little. “I would say that there are cases when the person who jumps into the deep end needs to be rescued,” he said, to audience laughter. He encouraged mentoring of both genders and better awareness of the situation. Structural changes need to occur in academia and the industry, he said. One of these could be extending the tenure clock for female researchers who choose to start a family early in their career, Schmidt said. Another option is to create childcare programs akin to what Princeton University offers, Blackburn said. When parents at that institution suddenly have a sick child who cannot attend daycare, the university provides a fully vetted babysitter immediately. Above all, the panelists agreed, women must step forward at every turn in their careers and say, “I am the person for this job. Choose me.” Over at Slate.com, AAAS Mass Media Fellow Jane Hu also covered “the leaky pipeline problem” in a story titled Old Boys’ Lab, which covers discouraging statistics. According to the story, 52 percent of US biology Ph.D.s are women, but that number decreases to 39 percent of postdocs before shriveling to only 18 percent of tenured professors.