Women in Science: No more...
Back

As used to be commonly said and still is heard, far too often, today: “We haven’t been able to find an appropriate female speaker for our panel discussion,” or “There are only men in this discipline.” Even if that is still the case from time to time, thankfully, the scientific landscape has changed more than is publicly perceived.

In order to make these changes clearer, AcademiaNet was founded – an Internet portal with profiles of selected female scientists. To be featured on the site, excellent female researchers have to be proposed by major scientific organisations, such as the Max Planck Society or the European Research Council (ERC). In an interview, the creator of AcademiaNet, Dr Ingrid Wünning Tschol, explains that the EuroScience Open Forum 2008 in Barcelona was the specific reason for the establishment of this portal – she was partially responsible for there being only one female keynote speaker, something for which she was highly criticised. “It was then that I realised that we need a database in which the many outstanding female scientists can be found with a mouse click.”

Active since 2010, AcademiaNet is a useful tool that now operates internationally, providing coverage around research and prizes in German and English. Last year it was proudly able to announce that, in addition to Christiane Nüsslein-Volhard, another had joined its ranks as a Nobel Laureate, when the neuroscientist May-Britt Moser won the award in Physiology or Medicine. 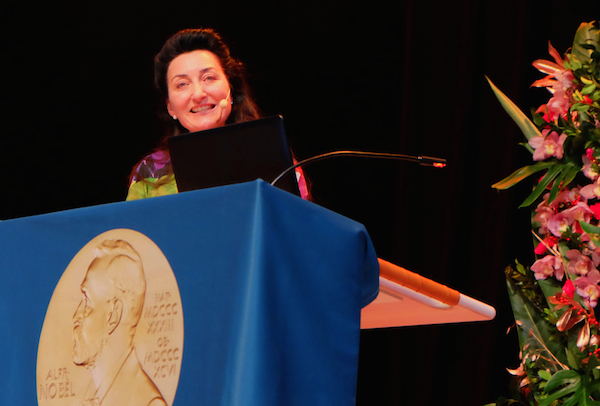 Nevertheless, there remains a great deal to be done, especially in the area of media and public perception. After all, the scientific contacts journalists have are predominantly male researchers, possibly on account of many such relationships having existed for a long time. And sometimes audiences at public events need to be more critical themselves: “Who expected a lecture from a young, female astrophysics expert?” If we’re frank, we expect to see bearded, older men, don’t we? There is always that little nagging question, “How can such a young woman be an expert in this field?” She can be – when we finally get what we’re supposed to have always wanted: the best minds, no matter where, no matter how old and, yes, regardless of gender.

And it seems that because development in this direction is progressing so very slowly, more and more people prefer the idea of a quota. These days you cannot, with a clear conscience, ask a woman to be patient. And things are also moving too slowly for many men in science policy, such as Professor Theodor Rietschel, former head of the Leibniz Association, who advocates a temporary quota: “In the foreseeable future, women will be able to – depending on the discipline and the number of potential candidates – ascend through a quality-led selection process into management positions. (…) It’s not about a women’s subsidy policy and ‘quota women’, but gender parity.”

Counter-arguments to such a proposal – that there were not enough suitably trained researchers – may, at one time, have been valid, but no longer stands up to scrutiny, owing to today’s figures being significantly different. According to the European Commission’s 2013 survey “Gender in Research and Innovation“, the number of female graduates is significantly higher than those of their male classmates. Doctorates are roughly on a par. The difference only becomes notable when considering the number of postdoctoral qualifications and professors, which diverge dramatically at the level of Chair holders (W3/C4). This shows that science is no exception – just as in the private sector, there is a problem at the top.

On the one hand, structural conditions have been a problem for a long time and still need to be improved. On the other hand, successes must become more visible and receive adequate publicity. Quite recently, a number of initiatives have started in social media that do exactly that: taking women from being the exception in science to making them visible and making them the norm. One example is the “Women in Research” Facebook page, which was founded in 2013, with the aim of providing a neutral platform on which female scientists from all disciplines and career stages can find each other. The lead initiator, Ulrike Böhm, herself a PhD student in the Department NanoBiophotonics led by Nobel Laureate Stefan Hell, is particularly pleased when direct exchange arises, for example, when a researcher thanks her, because the inspiring suggestions on the Facebook page have left her feeling less isolated and given her new courage. Another example on the Internet is “Women in Maths“, who say, “There is still quite some bias about women in maths. We want to challenge stereotypes how a mathematician looks like.” 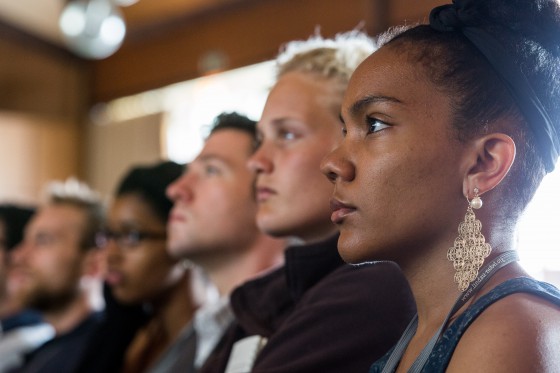 The story of a young mathematician called Karen Strung, posted there, collected a considerable number of “likes” within a very short time. Strung describes how the small shy girl from Toronto she once was became the globe-trotting scientist she is now, winning a great deal of sympathy with how she presents herself and the words she uses. One real breakthrough for female mathematicians was, of course, the award of the Fields Medal to the Iranian mathematician Maryam Mirzakhani, who is certain that we will see many more female Fields prize winners in the future.

It’s no secret that the majority of Nobel Laureates are men, but times are changing: at this year’s Lindau Nobel Laureate Meeting, 43 percent of the young scientists will be female – an above-average ratio when all three disciplines are considered (chemistry, physics and medicine), although only 3 of the 70 attending Laureates are women.

Last but not least, a Nobel Prize (or a Fields Medal) for a female scientist should not be something exceptional, but a pleasant and usual occurrence! Only when we reach the point of not having to discuss the matter as an issue in its own right will we know that we’re on the right track.