Vaccinating boys against cervical cancer?
Back 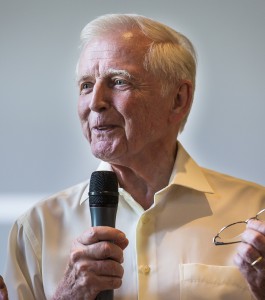 Human papilloma viruses (HPV) cause the most common sexually transmitted infections in adults. They are not only responsible for genital warts, but the two most virulent strains cause about 70 percent of all cervical cancers. Nobel Laureate Harald zur Hausen was the first to discover the connection between HPV infections and cervical cancer, winning him the Nobel Prize in Physiology or Medicine in 2008. Since 2007, vaccinating young girls against HPV before they become sexually active is recommended in most developed countries, and since then, more than 100 million doses have been administered around the globe. All three available HPV vaccines include the two most virulent strains: “Cervarix” by Glaxo-SmithKline only works against these two, whereas “Gardasil” by Sanofi Pasteur MSD includes two more strains that can cause genital warts in men and women; only Gardasil is approved for boys and men as well. As of June 2015, the new “Gardasil 9” has been approved in the EU, effective against nine HP viruses. In an interview for the campaign group website ‘HPV Action’ this summer, zur Hausen has not only advertised high vaccination rates in girls, but stressed the importance of vaccinating boys as well, because “males are the main transmitters of the viruses.” Already several countries, including the US, Australia, Austria, Israel, Switzerland and parts of Canada, are recommending to vaccinate boys against HPV. The UK’s NHS is planning a pilot project to vaccinate young boys in February 2016. The goal is to eradicate the most virulent strains altogether. Most young men have more sexual partners than young women, thus being more likely to contract an HP virus and to infect others. But men themselves also suffer more from other HPV related diseases like anal and penis cancer, as well as throat and mouth cancers. All of these cancers are quite rare, but the latter are on the rise, smoking being another risk factor. And finally, homosexual men are most likely to have anal and penis cancer, so they would profit the most from an HPV vaccination; the UK is already recommending to vaccinate this group. 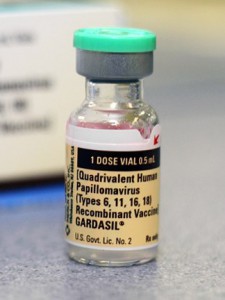 The problem, however, is that most boys only know that they’re homosexual after their first sexual encounters – too late for a vaccination according to many experts, because they could have already contracted the viruses. Some doctors even argue that not vaccinating all boys against HPV is in fact “sex discrimination”, because by definition gay boys cannot benefit from the ‘herd immunity’ that would result from high vaccination rates in girls. So should all young people be vaccinated? Let’s look at the diseases first. Cervical cancer is a major killer: in 2012, more than half a million cases were reported, and half the number of patients died of the disease. But more than 85 percent of these cases occurred in developing countries, where women don’t have access to medical check-ups, preventive screening and effective treatment – or to the expensive HPV vaccines. By contrast, 4,647 women were diagnosed with cervical cancer in Germany in 2011, 1,626 died of the disease – about one third of the affected. Both numbers in the US are about three times as high due to the larger population. In developed countries, many deaths from cervical cancer can be prevented by Pap tests: in yearly check-ups, pre-cancerous abnormalities are discovered  and treated. Even vaccinated women should continue HPV screening since no vaccine covers all HP viruses. If a vaccine were the only way to treat a dangerous disease, there is no responsible alternative to a general vaccination programme, at least if the virus is very common. But if a disease is treatable, the safety of a vaccine comes under closer scrutiny. Many experts and most regulatory authorities consider them to be very safe. But there have been several reports from different countries about rare but serious alleged side effects, mainly of the central nervous system. Possible fainting is even mentioned on the Gardasil website itself, but more serious possible reactions like paralysis or autoimmune reactions have been reported as well. In 2013, Japan withdrew its HPV vaccination recommendation due to health problems in recently vaccinated girls. Usually in these cases, no causal link between the vaccine and the syndrome could be established. This spring, the Danish public witnessed a huge debate after the broadcasting of a TV documentary about young girls and women with presumed side effects from HPV vaccines. After the broadcasting, many young girls came forward claiming similar reactions. This caused the Danish authorities to publish all alleged side effects and to ask the European Medicines Agency EMA to re-evaluate the approval of both vaccines. The Danish Health Authority published the EMA assessment: “A causal relationship between the dizziness and fatigue syndrome (…) and Gardasil can neither be confirmed nor denied. The EU’s group of pharmacovigilance experts have made a new assessment of the vaccine and still consider it to be safe.” In the end, the experts considered “the benefits to outweigh the risks”. 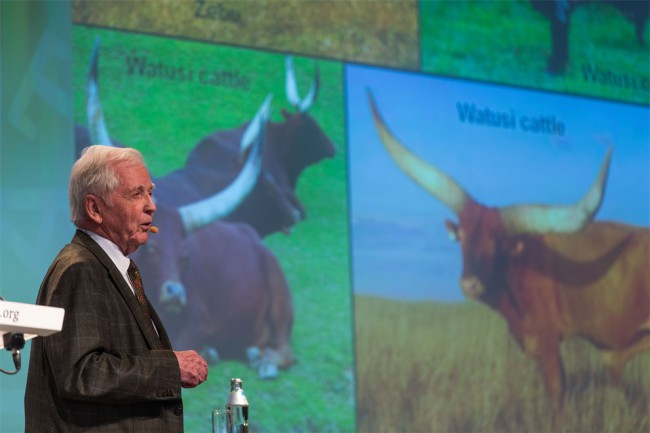 It was Harald zur Hausen’s achievement to link certain viruses to different forms of cancer. In his lab at the German Cancer Research Center DKFZ in Heidelberg, he is still working on possible links between bovine viruses and colon cancer, for instance, despite turning 80 next spring. His work has also opened a new door in cancer therapy: therapeutic vaccinations against existing cancers that are caused by a virus. Zur Hausen has attended the Lindau Nobel Laureate Meetings six times, giving four lectures. We are looking forward to his future lectures and findings!