Vaccinating Against Existing Cancer
Back
Angelika Riemer is developing a therapeutic vaccine against human papillomaviruses (HPV) that can cause cervical and other cancers. How Angelika Riemer became head of a research group at the prestigious German Cancer Research Center (DKFZ) in Heidelberg is almost too good to be true: everything started with a Nobel Prize in Physiology or Medicine. When the famous German researcher Harald zur Hausen received this prize in 2008, Manfred Lautenschläger “jumped for joy”. The founder of the financial service provider MLP donated one million Euros to set-up a junior research group at the DKFZ, where zur Hausen is still conducting his research. He knew Riemer from a visit to Harvard, where the young doctor and molecular biologist was already working on HPV. Zur Hausen thought she would be the perfect team leader and invited her to Heidelberg. 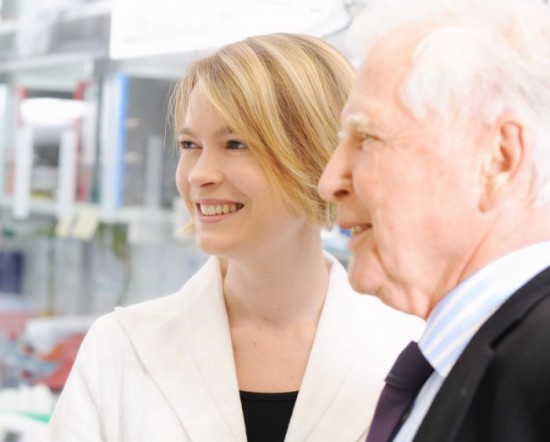 Harald zur Hausen had discovered that cervical cancer – the third most common cancer in women – can be caused by HPV infections. Based on this finding, preventive HPV vaccines against the most common HPV types have been developed and approved by the FDA and by Europe’s EMA both in 2006. They’re recommended for girls from the age of nine upwards. Unfortunately, these vaccines do not work against existing infections and cancers. “The HP-virus has the cunning ability to hide within body cells,” the Austrian researcher Riemer explains. “In order to find it, we have to locate typical virus peptides on the surfaces of the affected cells, so-called epitopes.” But epitopes don’t only vary according to the virus that has infected a cell – the patient’s genes play an important part as well. The body’s so-called HLA molecules (human leukocyte antigen), part of the human immune system, “present” epitopes on the surface of affected cells. This is how T cells can ultimately detect and hopefully destroy infected cells. Unfortunately, there are thousands of different HLA molecules, and roughly as many corresponding epitopes, making therapeutic vaccine development rather difficult. Riemer explains: “Our research question is: how can we identify infected cells in as many different genotypes as possible?” Fortunately, so-called supertypes exist: groups of HLA molecules presenting the same epitopes. “If we combine the five most common supertypes, we have more than 95 percent coverage of the entire world population. We are currently determining the epitopes of the most common supertypes, hoping to develop a vaccine for practically every patient, without having to HLA-type him or her first.” 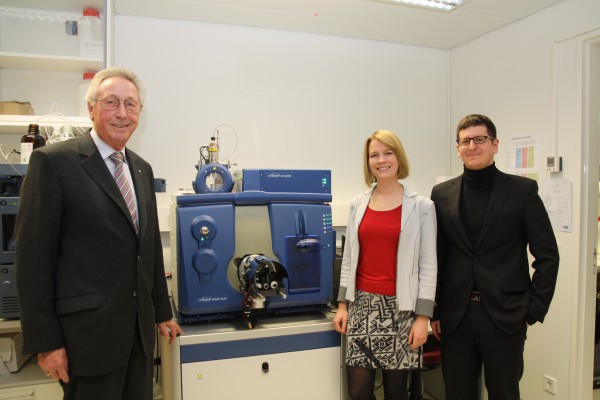 Hans-Werner Hector, chairman of the Hector Foundation II, donated an ultrasensitive mass spectrometer worth half a million Euros to the DKFZ in 2013. He is one of the founders of the software company SAP AG. Next to Angelika Riemer is Dr. Christoph Rösli, also head of a DKFZ research group and user of the new spectrometer. Photo: DKFZ

Riemer’s team is currently setting up an “HPV epitope map” for the most important supertypes, with the help of cell lines and mass spectrometry. At a later date, the researchers plan to work with fresh tumour samples. With this pioneering approach, the Riemer lab could also contribute to Prof. Michael Platten’s development of a therapeutic vaccine against glioblastomas at the DKFZ , that has already been successfully tested in a mouse model. That all research at the DKFZ is conducted in research groups is no coincidence. “In the natural sciences today, everything gets done in teams. In the humanities, you can sit at your desk for months and ponder some specific problem. But in the lab, you have to cooperate every day,” Riemer explains. Hence the Riemer lab has also many team building activities, like a canoe tour on the Neckar river near Heidelberg, or lab barbecue parties. At the moment, there is only one approved vaccine against existing cancers: Provenge® from the Dendreon Corporation. It is used against advanced prostate cancer that is beyond any other treatment. Studies show a lifetime extension of about four months. Now we are eager to hear new research developments from the Riemer lab, and we are looking forward to the announcement of a therapeutic vaccine against cervical cancer. 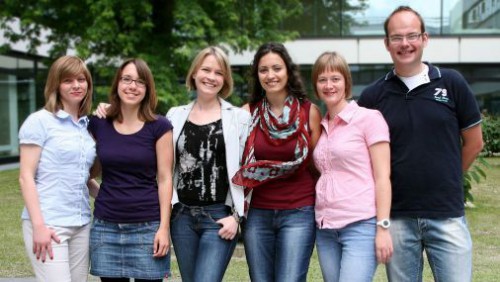 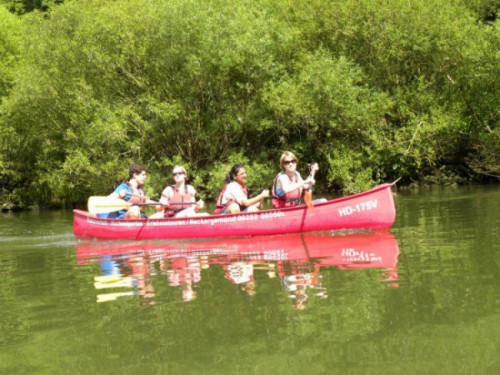 The Riemer lab during a canoe tour on the river Neckar near Heidelberg in 2011. Photo: DKFZ