The Ozone Hole Could Become...
Back
The depletion of the ozone layer has been stopped, thanks to concerted international action. The 300 researchers who signed the latest report of the UN Environmental Programme UNEP even expect a recovery to the levels of 1980 by the year 2050. In the 1980s, the two ozone holes over the poles contributed to the general apocalyptic mood of that time, at least in some countries. In retrospect we might ask: Was everything only half as bad as it looked back then? Well, that would oversimplify things. First of all, the researchers don’t see an ozone layer recovery yet, only a stabilising of the wintertime ozone holes in the last decade. The Montreal Protocol of 1987 banned the use of all ozone-depleting substances, like chlorofluorcarbons (CFCs). But researchers know that the recovery of the ozone layer will take decades. This, together with the ban, makes them cautiously optimistic and they talk about a trend reversal – but this is only a predicted trend, no actual recovery yet. 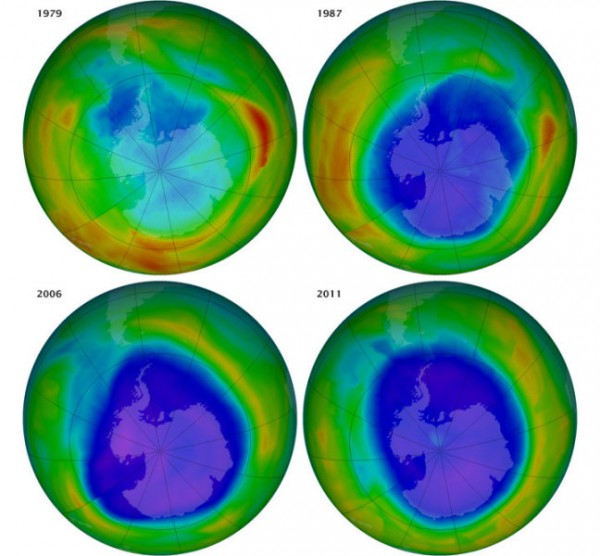 The images above show the Antarctic ozone hole on September 16 (the International Day for the Preservation of the Ozone Layer) in the years 1979, 1987, 2006, and 2011. The first two maps are based on data from the Total Ozone Mapping Spectrometer (TOMS) on the Nimbus-7 satellite. The other two maps are made with data from the Ozone Monitoring Instrument on the Aura satellite. Credit: Images from NASA animation by Robert Simmon, using imagery from the Ozone Hole Watch

Nevertheless, the Montreal Protocol can be considered “one of the world’s most successful environmental treaties” ever, says Achim Steiner, UNEP Executive Director and UN Under-Secretary-General. But he also cautions that many replacement substances, like hydrofluorocarbons (HFCs), that do not deplete ozone molecules in the stratosphere, are also potent greenhouse gases. Like many experts, Steiner sees parallels between the Montreal Protocol and the UN climate protocols – he states that similar efforts are called for to reduce the speed of global warming. Unfortunately, the mechanisms behind climate change are much more complex, and the international climate negotiations are fraught with difficulties. The ozone molecules in the lower stratosphere, at an altitude between 15 and 25 kilometres, protect life on earth from the sun’s harsh UV radiation. More radiation reaching the earth’s surface also means more cases of skin cancer, for example. For his explanation of the mechanisms of ozone depletion, Paul Crutzen received the Nobel Prize in Chemistry in 1995, together with Mario Molina and Frank Sherwood Rowland. He also coined the term “Anthropocene” for the current geologic era: in the last hundred years, mankind has altered Earth irretrievably. Crutzen came to the Lindau Meetings eight times; here is his lecture from 2012. 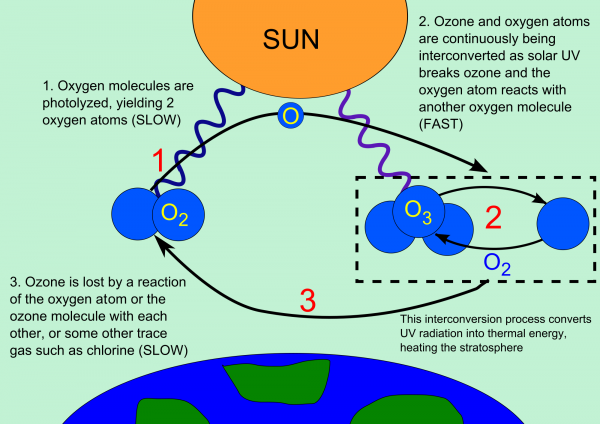 Australia has the highest skin cancer rate in the world, four times as high as the rate in the US, due to the Antarctic ozone hole that reaches as far as Australia and New Zealand. More than a thousand Australians die of melanoma alone each year, a malignant skin cancer caused by UV exposure. Because its country is so severely affected, the Australian government has been a strong proponent and supporter of the Montreal Protocol from the start. But current estimates also state that the Protocol has prevented about two million cases of skin cancer annually. But the ozone holes will only disappear slowly, and some cancers also grow slowly, so the challenge to prevent and combat skin cancer in Australia is still enormous. 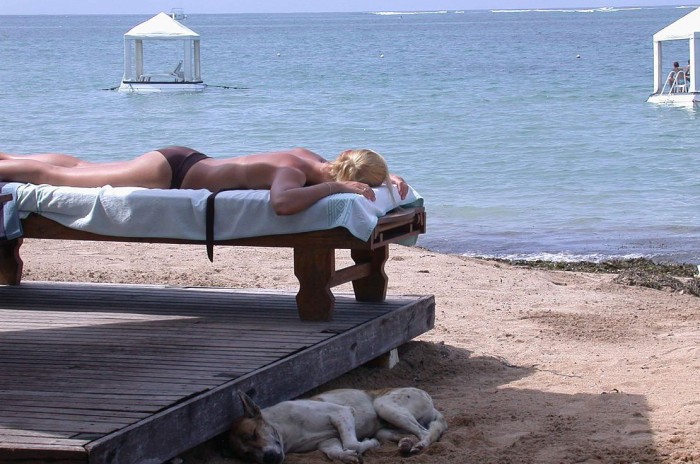 Because of the many incidences of skin cancer in Australia, due to the Antarctic ozone hole, the Australian standard for sunscreen lotion is the strictest in the world. This photo shows a tourist sunbathing on Sunar beach in Bali, a favourite holiday destination for Australians. Photo: Olnnu, Creative Commons License 3.0

Challenges also remain for the protection of the ozone layer. For instance nitrous oxide, a by-product of agricultural production, is not only a greenhouse gas, but also an ozone depleting substance that is not covered by the Montreal Protocol – and its concentration in the atmosphere is rising. The UNEP report also mentions this gas and possible future problems it might cause. Another example: researchers from the School of Earth and Environment at the University of Leeds found that the production and emission of Very Short-Lived Substances (VSLS) has strongly increased in past years, and that these VSLS can harm the lower ozone layer – counteracting the expected ozone layer’s recovery. And they are also powerful greenhouse gases. So it seems that researchers and environmentalists alike need to remain vigilant. 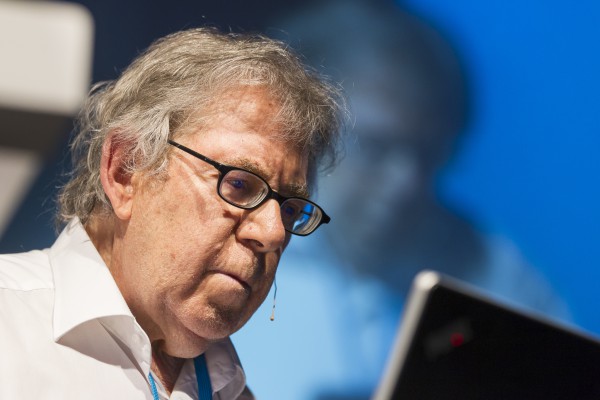 Paul Crutzen in Lindau, giving a lecture on “Atmospheric Chemistry and Climate in the Anthropocene”. Photo: Ch. Flemming, LNLM