The Ongoing Issue of Dark...
Back
New research data is shining an ever brighter light on the Big Bang – but dark matter remains elusive. 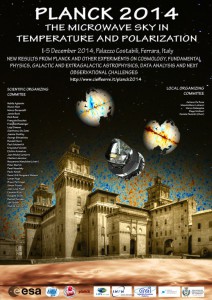 In early December 2014, in Ferrara, Italy, leading astronomers discussed measurements taken by the Planck space observatory. From 22 December, the European Space Agency wants to make all data relating to this mission accessible online. The data seems to confirm the cosmological theory of inflation. However, the same data makes another theory look much less probable – the hypothesis that sterile neutrinos are responsible for dark matter. Some call the search for dark matter a “race of wishful thinking”, others are staking their entire academic career. There are even those who are returning to the very origins of their discipline and are calling for a re-examination of the basic assumptions of physics. Just what is this “material” that so stubbornly refuses to show itself to each and every attempt to find it? How can it be that around 25% of the universe’s mass cannot be detected – and that appears to be how it will remain for the foreseeable future? The question of the nature of dark matter is one of the key questions of cosmology. Let’s take a step back in the history of the research: How did we come to assume the existence of dark matter in the first place? The standard model of cosmology predicts that as stars circle the centre of their galaxy, those further towards the edge should move more slowly. However, observations show they are traveling at speeds that are inconsistent with the laws explained by visible matter. This anomaly caused the researchers who discovered it to arrive at the explanation that it had to be caused by matter that was invisible, the so-called dark matter. The first to discover these deviations from the principles of the law of gravity were the Dutch astronomer Jan Oort, in 1932, and the Swiss physicist Fritz Zwicky, in 1933. However, they were unable to gain acceptance for their hypothesis. 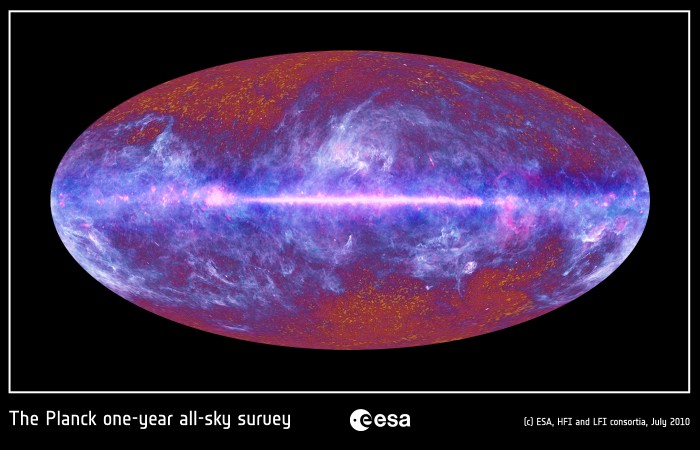 The microwave sky as seen by Planck, Copyright as indicated in the picture

It was not until the 1960s that the idea would, once again, take hold, when the American astronomer Vera Rubin’s research also showed that the orbital velocities of spiral galaxies were much higher than they should be – the so-called galaxy rotation problem. It was at this point that dark matter became the focus of research. Interestingly, Rubin herself is not happy with dark matter as the explanation of the galaxy rotation problem. Instead, she favours a far less commonly accepted idea, the so-called MOND (Modified Newtonian dynamics) hypothesis: “If I could have my pick, I would like to know if Newton’s laws need to be modified in order to correctly describe gravitational interactions at large distances. That’s more appealing than a universe filled with a new kind of sub-nuclear particle.” Another effect that is explained by the existence of dark matter is so-called gravitational lensing. When viewing the sky, the mass of dark matter distorts light from distant galaxies, projecting it into a cluster of galaxies in the foreground. The level of distortion allows the distribution of mass to be determined, but measurements show a discrepancy between the amount of observed matter and the mass that actually has to be present. Through this, the proportion of matter that had previously been indeterminable became calculable. There are now considered to be a number of different possible forms of dark matter which researchers favour to greater or lesser degrees. Depending on the latest test results, some may turn out to be more or less likely than others. In October this year it was suggested that the sun might radiate dark matter. The study caused a sensation. Scientists had inferred from abnormalities in the observation data of a solar telescope that axions – hypothetical elementary particles – could constitute a substantial part of the make-up of dark matter. The co-author of the study immediately warned that while she had indeed achieved an extraordinary result that could not be explained by any conventional method, experience shows that most hypotheses do not survive in the long term. 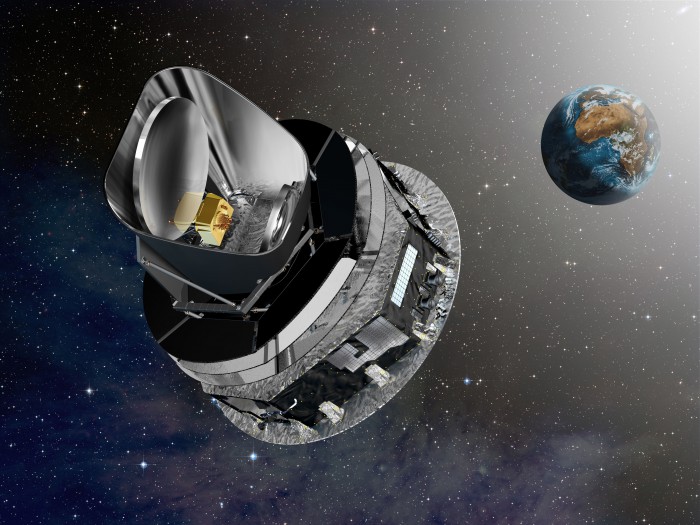 The current focus of interest is the European Space Agency’s Planck mission, which, from 2009 to 2013, mapped the cosmic microwave background radiation – the radiation that was emitted very shortly after the Big Bang. The mapping includes both the temperature and the polarisation of the microwave backgroatiund radion and has led to experts saying it reinforces the standard model of cosmic evolution. Nevertheless, the latest Planck data indicates that dark matter could account for 26% of all the matter and energy density in the universe. The hypothesis that there might have been a short, but very strong growth spurt in the early universe – so-called inflation – appears increasingly valid. Even the preliminary data pointed to a phase of rapid expansion. As for dark matter, we shall have to be content with the following conclusion: “Cosmologists still do not know what dark matter – the material that provides the gravitational scaffolding for galaxies – is, but the Planck results have increased their knowledge of what it is not.”