Whenever there’s talk of extracting something human from a petri dish or nutrient solution, our feelings veer between extremes of fascination and horror. The current most exciting development in this regard is the mass-production of mini-brains.

The focus of interest here is not the direct use of the mini-brains in the human body but as research objects. They can actually be produced from induced pluripotent stem cells means that researchers no longer have to use embryonic stem cells for this purpose. This represents an ethical advance and was also the motivation behind the research carried out by Shin’ya Yamanaka, who was awarded the Nobel Prize in Medicine for the development of these stem cells in 2012 (with John Gurden):

When I saw the embryo, I suddenly realized there was such a small difference between it and my daughters. I thought, we can’t keep destroying embryos for our research. There must be another way. 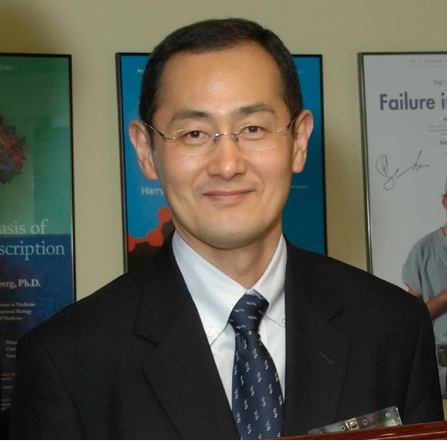 Shin’ya Yamanaka is a Japanese doctor and stem cell researcher. He is Director of the Center for iPS Cell Research and Application at the University of Kyoto where he also holds a professorship. What was pioneering about his work was the discovery that mature cells can be returned to their original embryonic state. Hence induced pluripotent stem cells re-acquire the potential to develop into any kind of tissue. Yamanaka’s team succeeded in doing this with connective tissue cells from mice in 2006 and they did it with human connective tissue in 2007.

The induced pluripotent stem cells have proved to be a great engine of research. They also provided the starting material for a research team led by molecular biologist Jürgen Knoblich at the Institute of Molecular Biology in Vienna, which made good use of a phenomenon known as neural induction. This allows scientists to rely on the special capacity of stem cells for self-organisation: if they do not find a point of adhesion in a nutrient solution, they accumulate to form small balls, which then form the neuroectoderm when signalling substances are added to them. This is then placed in a special gel which supports the growing tissue. Oxygen and nutrients are supplied using an agitator in a culture flask. After approximately one month, a small organoid with a complex cellular system, which can represent different regions of the brain, is formed.

However, the process leading to the development of the mini-brains in the Viennese laboratory was not initially planned in this way. Something happened that is quite common in research: a planned experimental procedure did not work and gave rise to something new, which the scientists were initially unable to explain and categorise. It was Madeline Lancaster, a post-doc working with Professor Knoblich, who managed to decode what was happening before the team’s eyes. She discovered a peculiar spot of pigment in her culture and examined it under the microscope. It proved to be a cell from a developing retina. Once she had also dissected one of the complete structures, she was left in no doubt: it was an embryonic brain! (TEDx-Talk)

Different teams throughout the world are working on generating not only mini-brains but also other organs, and different methods exist that can be used to create them. The associated aims and desires, what should be done with these organs and what benefit this research should and can have, is something that must be mapped out in the same way for all of them: the mini-organs help research to understand development processes and, in the case of brain research, they make it possible not only to understand the formation of the layers in the cerebral cortex, but also to analyse the birthplace of neurons in their spatial environment. The discovery of these neurons in her structure was the last moment of certainty for Madeline Lancaster. The artificially generated organs also open up new pathways for research on diseases and, above all, the testing of drugs.

Instructive experiments have already carried out in this area. For example, instead of using a normal skin cell, scientists took tissue from a patient with a genetic disorder and transformed it into pluripotent stem cells, which were then formed into a mini-organoid using the above-described process. This means that a direct comparison can be used as a starting point for further research on the corresponding anomaly. The researchers led by cell biologist Patricia Garcez at the University of Rio de Janeiro went one step further and generated and studied organoids infected with the Zika virus. This method not only means that tests do not have to be carried out on animals, it also enables the study of many processes that cannot be replicated in animal tests as certain developmental steps unfold differently in the rodent brain.

Hence, as Professor Thomas Hartung from Johns Hopkins University sees it, a major advantage of this development is that it offers an alternative to animal testing – not only for ethical reasons but also for simple technical reasons:

Ninety-five percent of drugs that look promising when tested in animal models fail once they are tested in humans at great expense of time and money.

Hartung sees the future of brain research as lying in models based on human cells and has also developed a process for growing mini-brains with his team. During the presentation of their findings, he said that they had not created the first model and made no claim to have created the best one, but they had standardised the method and were able to produce hundreds of thousands of completely identical copies. This is an essential precondition for drug testing.

With regard to brain research, the scientists are setting their hopes on gaining crucial insights into the research and treatment of Alzheimer’s, Parkinson’s and multiple sclerosis – and perhaps even autism. The mini-brains stop growing approximately at the stage reached by the embryo in the ninth week of pregnancy: the blood vessels and, therefore, a supply system are lacking. The spatial organisation of the human brain is not reflected in the model either so it needs to undergo further development.

Nonetheless, it has already been used successfully in the treatment of cancer: organoids were produced from cellular material taken from patients with pancreatic cancer and were used in the quest for the most suitable drug for the treatment of a specific tumour. If this method proves reliable and can be developed for use on a larger scale, it would offer a smart way of gaining insights faster, cheaper and more reliably – and, ultimately, of saving lives.