The ideas of Reinhard Selten
Back

This article was written by Benny Moldovanu (University of Bonn) and Axel Ockenfels (University of Cologne) and was first published on VoxEU. Many Thanks to Romesh Vaitilingam for providing the opportunity to re-post.

Reinhard Selten, co-recipient of the 1994 Nobel Memorial Prize in Economic Sciences, passed away in August. This column outlines the intellectual life and career of a pioneering analyst of strategic interaction of both fully rational players – game theory – and real human beings with ‘bounded rationality’ – experimental economics. Selten called himself a ‘methodological dualist’, making a sharp distinction between normative game theory and descriptive theories of social and economic interaction. Nobody else has made such substantial and important contributions to both lines of research.

Reinhard Selten was born in Breslau, Germany (now Wroclaw, Poland) in 1930. His father was Jewish and the small family business had to be sold in the mid-1930s, shortly before his father’s death. Selten and his family became refugees at the end of the Second World War and settled in West Germany. He studied mathematics at the University of Frankfurt and was awarded an MA in 1957, and a PhD in 1961.

After a visiting professorship at Berkeley ­– where he began a long-term collaboration with John Harsanyi – Selten returned to Germany: from 1969 to 1972 (during the rather chaotic years of the student protests), he was professor at the Free University of Berlin, and from 1972 to 1984, at the University of Bielefeld. From 1984 until his death in 2016, he was associated with the University of Bonn, where he established one of the first experimental laboratories in economics.

In 1994, Selten was awarded the Nobel Memorial Prize in Economic Sciences, together with John Harsanyi and John Nash, ‘for their pioneering analysis of equilibria in the theory of non-cooperative games’ (Nobel Foundation 1994). 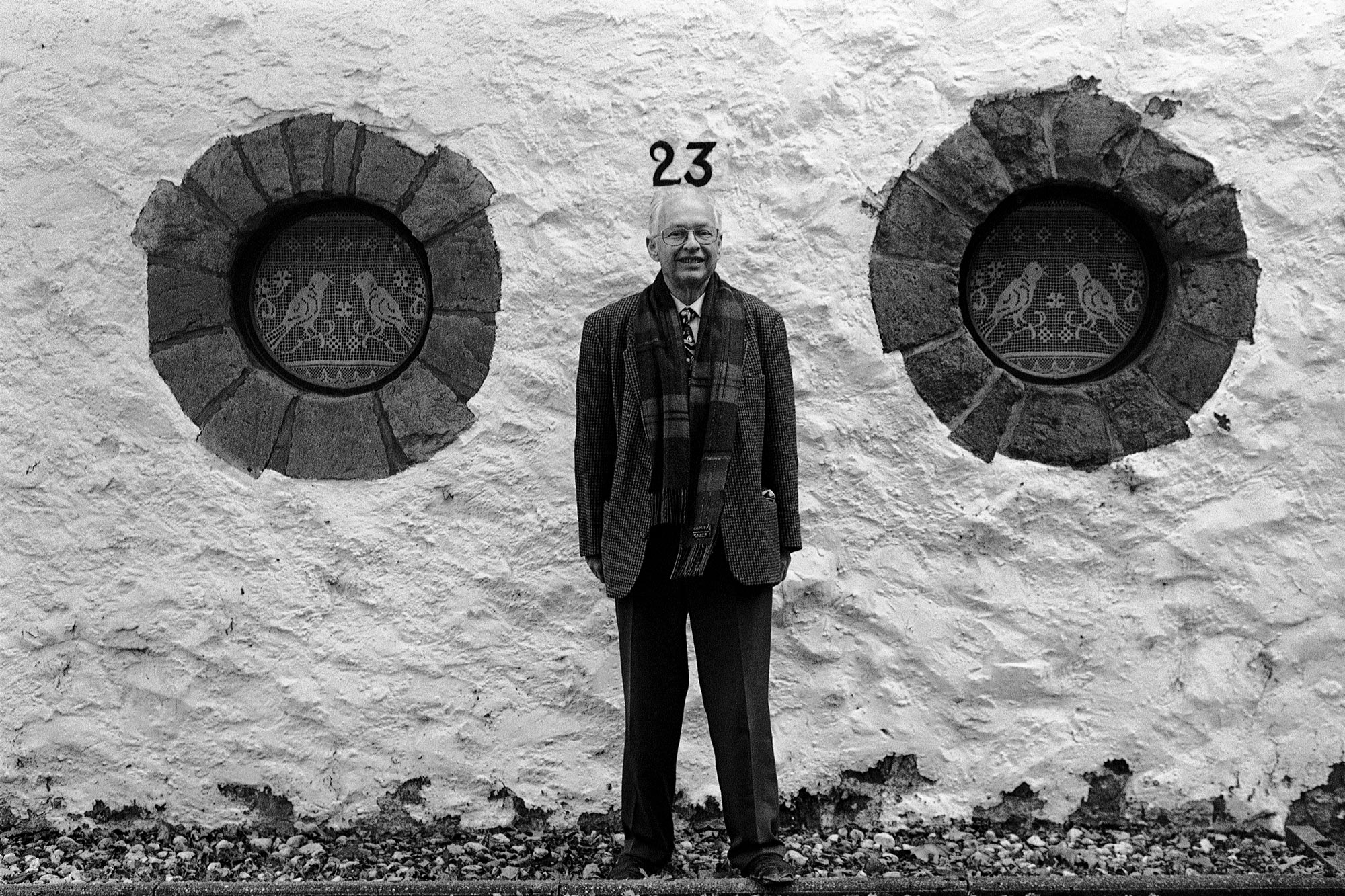 Game theory analyses strategic interactions between agents with possibly conflicting interests, assuming that agents obey normative principles of rationality. It offers a common language and techniques to describe a broad range of social phenomenon, and it has been successfully applied to economics, political science, law, psychology, computer science, and evolutionary biology among others.

Although the first formal game theoretical analysis stems from the time of the French Revolution, the first major breakthrough was John von Neumann and Oskar Morgenstern’s Theory of Games and Economic Behaviour (1944), which mainly discussed cooperative games (where binding agreements can be made among agents), and zero-sum two person non-cooperative games (where binding agreements are not possible, and where the interests of the two parties are diametrically opposed).

John Nash (1951) included games where the nature of conflict is more general (non zero-sum), and defined Nash equilibria as a profile of strategies – one strategy for each player – from which no participant has an incentive to deviate. Think, for example, about the game we are all playing when deciding on which side of the road to drive.

For about two decades after the publication of Theory of Games and Economic Behaviour, it was thought that the basic analysis of von Neumann, Morgenstern and Nash can be equally well applied to dynamic games, where the strategic interaction occurs over time. In such games, a strategy calls for the formulation of a complete plan that recommends an action for all possible future contingencies. In particular, players have to anticipate the rational behaviour of others in these future contingencies, and make adequate plans for them.But how can players commit to execute their future actions at a later point of time, maybe after some major ‘game-changing’ decisions have been already taken by other players? Selten observed that the static description and analysis obscure this important point, and he paved a way for a revolution that would allow a consistent analysis of rational play in dynamic situations.

Consider a simple example where a firm decides whether or not to enter a market. After observing that decision, an incumbent can start a price war or not. The price war is costly for the incumbent, but may well make entry unprofitable in the first place. If the entrant believes that the incumbent will start a war for sure post-entry, then it may decide to stay out of the market altogether.

In the language of game theory, the profile where the entrant stays out and the incumbent fights entry if it occurs constitutes a perfectly valid Nash equilibrium. In a sense, the threat of a ruinous price war is enough to convince the entrant to stay out. But note that the threat need not actually be carried out in this equilibrium! Selten (1965) dismissed it as implausible: once entry has happened, the incumbent will realize that a price war is also very costly from its own point of view, and may actually find it profitable not to engage into one. Anticipating this reasoning by the incumbent, the entrant should enter the market! 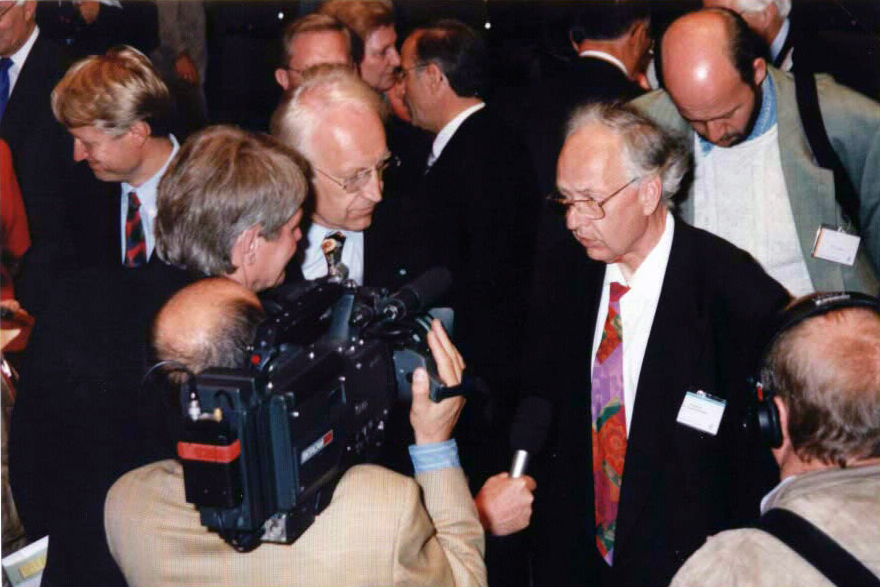 Depending on the specific payoffs attached to the various actions, the outcome where the entrant enters and the incumbent acquiesces constitutes the unique subgame perfect equilibrium since it prescribes an optimal course of action after each possible contingency. Note how our reasoning proceeded backwards (we first look at the incumbent’s decision) although the game itself is actually played such that the entrant decides first. The consequences of such ‘backward induction’ reasoning were pushed to the limit in the famous, repeated entry war analysed in Selten (1978), where he questions the power of such classical, rational analysis to explain observed phenomena.

The subgame perfect Nash equilibrium devised by Selten (1965), with its emphasis on the difficulty of commitment and on credible plans of action remains the main concept for the strategic analysis of dynamic games. It has been applied myriad of times in diverse models ranging over all social sciences, but also in biology and computer science.

Modern industrial organization with its emphasis on multi-stage games played by oligopolies (and regulators) would be unthinkable without the concept of subgame perfection. But even remoter areas of economics, such as dynamic macroeconomics, profited immensely – for example, the fundamental work on the time consistency problem in public policy. The Nobel citation for Finn Kydland and Edward Prescott explicitly mentions the intellectual debt to Selten (Nobel Foundation 2004).

Selten (1975) made another seminal contribution to game theory, one that shaped the research agenda for decades to come. There he defined a new, finer notion of perfectness, called ‘trembling hand perfection’, which better captured the idea of forward–looking rationality and credibility in all conceivable extensive form games. The idea was to focus only on those equilibria that were the limits of equilibria of perturbed games where agents could make some mistake with a small probability. In particular, this definition suggests that a robust definition of rationality must also deal with some deviations from rationality by the other players.

Although this concept is somewhat more difficult to apply directly, it spawned an enormous literature on so-called ‘refinements of Nash equilibria’ where both axiomatic and evolutionary approaches are analysed. A particular highlight of this literature, the sequential equilibrium due to Kreps and Wilson (1982), combines ideas from Harsanyi and Selten (1988), and shifts the attention to the beliefs that players have about each other to define an equilibrium concept for dynamic games of incomplete information that is a close cousin of Selten’s perfect equilibrium.

Selten made a sharp distinction between normative game theory and descriptive theories of social and economic interaction. He insisted that rational decision-making as pictured by game theory and other economic approaches does not capture actually observed human behaviour, and that it is therefore necessary to develop theories of ‘bounded rationality’ based on empirical evidence. 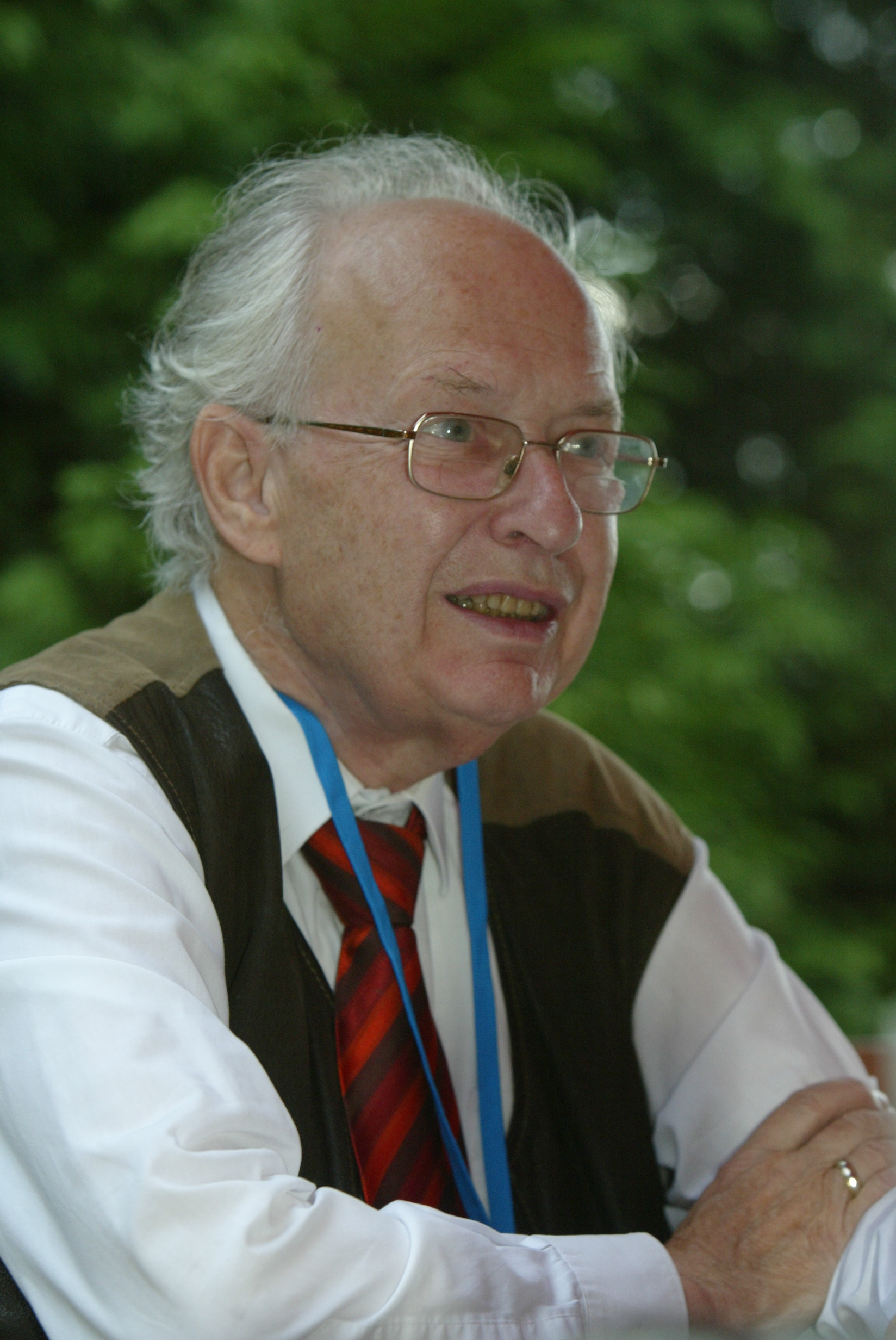 His first publication, Sauermann and Selten (1959), was an experimental study of oligopoly behaviour, and his famous 1965 paper, where he first defined subgame perfectness, was motivated by his experimental studies of oligopoly behaviour. Throughout his career, Selten continued working towards establishing ‘a descriptive branch of decision and game theory, which takes the limited rationality of human behaviour seriously’ (Selten 1994).

Selten (1998a) differentiated three roots of human behaviour: motivation (the driving force), adaptation (routine adjustment without reasoning) and cognition (reasoning). He particularly emphasized the important influence of cognition on motivation and adaptation, and eventually on behaviour. For example, in a series of papers starting with Selten and Stoecker (1986), Selten developed his idea of learning direction theory and impulse balance equilibrium. For a class of repeated decision tasks, these models describe an influence of cognition on adaptation.

The idea is that decision-makers tend to follow a principle of ex post rationality: they tend to change behaviour towards what would have been better in the last period. Importantly, the decision-maker is not just guided by trial-and-error, nor by sophisticated Bayesian or other predictions, nor by the result of some maximization procedure. Yet, this kind of reasoning nevertheless involves a cognitive model of the world, about what previously would have been a better choice. Selten and his students further developed the model, so that it could successfully predict various behavioural patterns in different experimental contexts such as bargaining, auctions, newsvendor games, and other settings (for example, Ockenfels and Selten 2014).

Other models of human decision-making developed by Selten also do not rely on the maximization of some goal function by the decision-maker – see, for example, Selten’s models of aspiration adaptation (Selten 1998b; Sauermann and Selten 1962), reciprocal behaviour in oligopoly experiments (Selten et al 1997), and qualitative reasoning (Selten 2004). Selten’s approach was rather based on experimentally observed features of human behaviour, such as that decision processes tend to start with a superficial analysis, avoid circular concepts, are influenced by recent experiences in an ex post rational manner, and only rely on low memory depth.

When asked whether his studies of full rationality in game theory and of observed human behaviour in experimental economics are contradictory, he often responded that he saw himself as a ‘methodological dualist’. Both descriptive theory and normative theory are important perspectives for understanding the nature of social and economic interaction.

Selten was a pioneer of the analysis of strategic interaction of both fully rational players (game theory) and boundedly rational humans (experimental economics). Nobody else has made such substantial and important contributions to both lines of research. Selten was also an inspiring teacher, with a seemingly limitless knowledge of the relevant literatures across disciplines, tremendous methodological originality, and remarkable curiosity, also regarding other sciences (he also contributed to philosophy, psychology, evolutionary biology, political science, linguistics, and botany).

One of us (Benny) had the honour and pleasure of being Selten’s doctoral student, his postdoc and later his colleague on the Bonn faculty. The other (Axel) had the honour and pleasure of work with him for twenty years, after Selten supervised his diploma thesis. While many academics spend much of their time and energy chasing publications in prestigious journals, or chasing funds, status, influence, and power within their organizations, Reinhard did none of these. He had one, and only one, thing in mind: advancing understanding through science. It was the best lesson a teacher could teach his student.