Ten Surprising Facts About Diabetes
Back

Today is World Diabetes Day – blue monuments around the world put this often undetected disease into the spotlight.

The World Health Organization estimates that more than 347 million people suffer from diabetes – more than one eighth of the world population. Only twenty years ago, WHO estimates said 135 million. Both diabetes type 1 and type 2 are on the rise, although numbers of the latter rise more quickly, hand in hand with the global obesity crisis. In the US, diabetes is the 6th leading cause of death, and its mortality rate equals that of the global HIV/Aids epidemic.

More than twenty years ago, the International Diabetes Federation chose November 14th for its World Diabetes Day – Frederick Banting’s birthday, the first doctor who succeeded in treating a human patient with animal insulin in 1922. One year later, he was awarded the Nobel Prize in Physiology or Medicine. At the age of 32, he was the youngest Nobel laureate ever in this category. 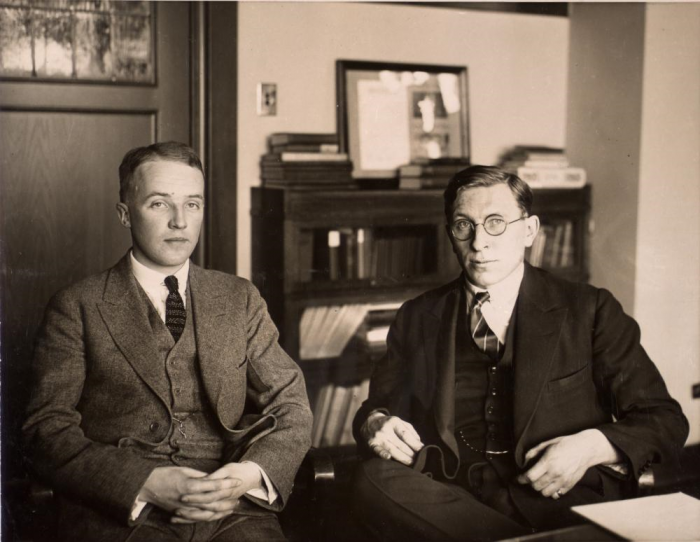 1.Type 1 and 2 have completely different underlying molecular mechanisms: in type 1, an autoimmune reaction destroys the insulin producing beta cells in the pancreas. Consequently patients are dependent on insulin shots or pumps for life. The origin of this disease is unknown, but there is definitely a genetic component. On the other hand, type 2 is characterised by a growing insulin resistance: the body produces insulin, but its various cells become immune to it. At some point, the pancreas stops producing insulin.

2. More than 90 percent of all diabetes patients have type 2. They don’t necessarily have the typical symptoms like extreme thirst or frequent urination. According to estimates, one third of all afflicted people don’t even know they have diabetes. They only learn about their condition when irreparable damage to their retina, their kidneys, their heart or their nerve endings occurs; the latter can even result in foot amputation. 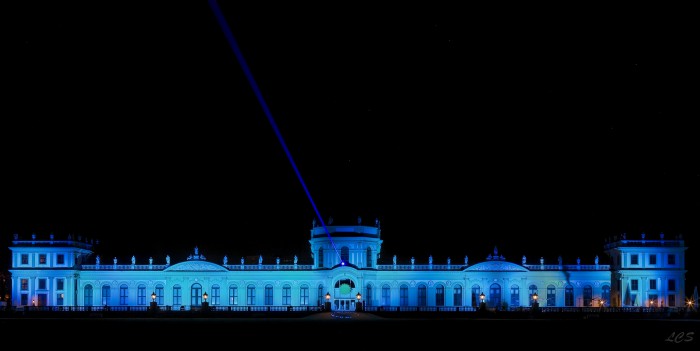 All over the world, buildings and monuments will be lit with blue lights tonight to draw attention to the diabetes epidemic. The “Orangerie” in Kassel, Germany. Photo: Dr. Kralle

3. Both diseases share the same name, but the treatment is very different: whereas type 1 patients are dependent on insulin injections, type 2 patients can lower their insulin resistance with exercise and healthier eating habit, plus medication.

4. The dietary guidelines for diabetes pretty much coincide with the guidelines for healthy people: large amounts of vegetables and fruit, whole wheat products, fish and poultry, very little sugar or saturated fats. It is also important to avoid carbohydrates with a high glycemic index, like white flour, that cause blood sugar levels to rise rapidly and then plummet. 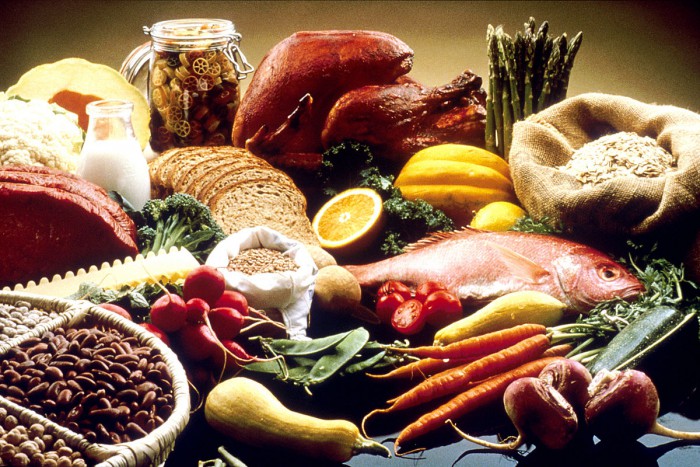 5. Diabetes is not only a disease of developed countries, many emerging countries have very high incident rates, for instance India, China, Mexico and Brazil. In recent years, some population groups in these countries enjoyed a rapid rise in wealth, resulting in the increased consumption of industrially processed food, and they exercise less. Unfortunately, health education didn’t rise in step with incomes.

6. In developed countries, immigrants or minorities are more likely to be afflicted. In the US, Afro Americans, Native Americans and Latinos have higher diabetes rates than the average population (see graph below). In Germany, children of Turkish or Eastern European decent are more likely to develop type 2 than average German children. 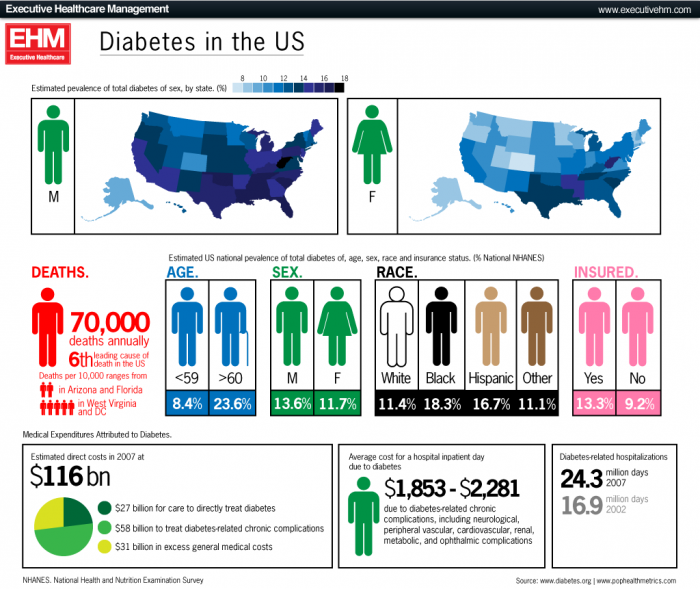 Diabetes in the US: more men are afflicted than women, ethnic minorities have higher diabetes rates. Diabetes is described as the 6th leading cause of death. Graph: CDC/NHANES

7. The highest relative rates of type 2 occur in the small island republic of Nauru in the South Pacific. More than 30 percent of the 10,000 residents are afflicted. The main reason here is obesity – more than 90 percent of all adults are obese. After independence in 1968, the population experienced a sharp increase in wealth due to extensive phosphate mining, resulting in food imports and lack of exercise.

8. For decades, Finland had the highest incidence rate for type 1, but the number of new cases has levelled off. Whether this is due to vitamin D enrichement of milk in Finland is still under debate. Although type 1 has a genetic component, there might also be a connection to vitamin D. (The body produces vitamin D in the skin under the influence of UVB radiation. During the dark Finish winter months, a vitamin D deficiency can develop very quickly.) 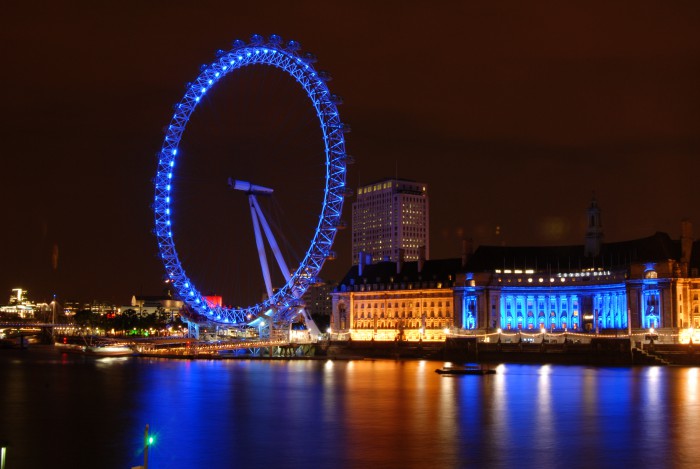 The symbol of the World Diabetes Day is a blue circle – the London Eye depicts this symbol perfectly. Photo: Yoga Balaji

9. There have been improvements in the treatment of both kinds of diabetes: type 1 patients can use modern insulin pumps, and many drugs to lower insulin resistance are developed and tested all the time – we’re talking about a huge market. In type 1 patients, an experimental treatment with donor beta cells was developed, but the immunosuppressants have much severer side effects than modern insulin regimes.

10. Last month, Havard stem cell researcher Douglas Melton published his results on diabetic mice that were cured with the help of their own stem cells that had been programmed to become insulin producing beta cells. Finally a breakthrough in the search for a diabetes cure? Future research will tell. 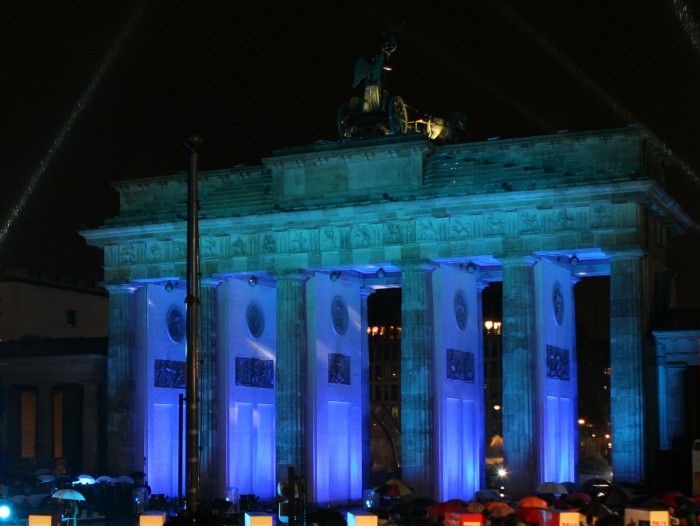 The Brandenburg Gate in Berlin also takes part in the global effort to raise awareness for diabetes. This picture was taken in November 2009. Photo: U.S. State Department

There have been multiple Nobel prizes connected to the topic of diabetes: not only the 1923 prize for Frederick Banting and John Macleod, but also the 1958 prize for Frederick Sanger for finding the molecular structure of insulin. Dorothy Hodgkin was able to show its three dimensional structure with the help of X-ray crystallography in 1969, five years after receiving the Nobel Prize in Chemistry for this method. Considering the scope of the global diabetes epidemic, and the global research efforts in this field, it seems safe to assume that more Nobel prizes will follow.