Speed cells – Speedometer in...
Back
Only last year, the Norwegian couple May-Britt and Edvard Moser was awarded the Nobel Prize for the discovery of the navigation system in the brain – in the form of grid cells in the entorhinal cortex – and they have already come up with their next discovery: so-called speed cells. 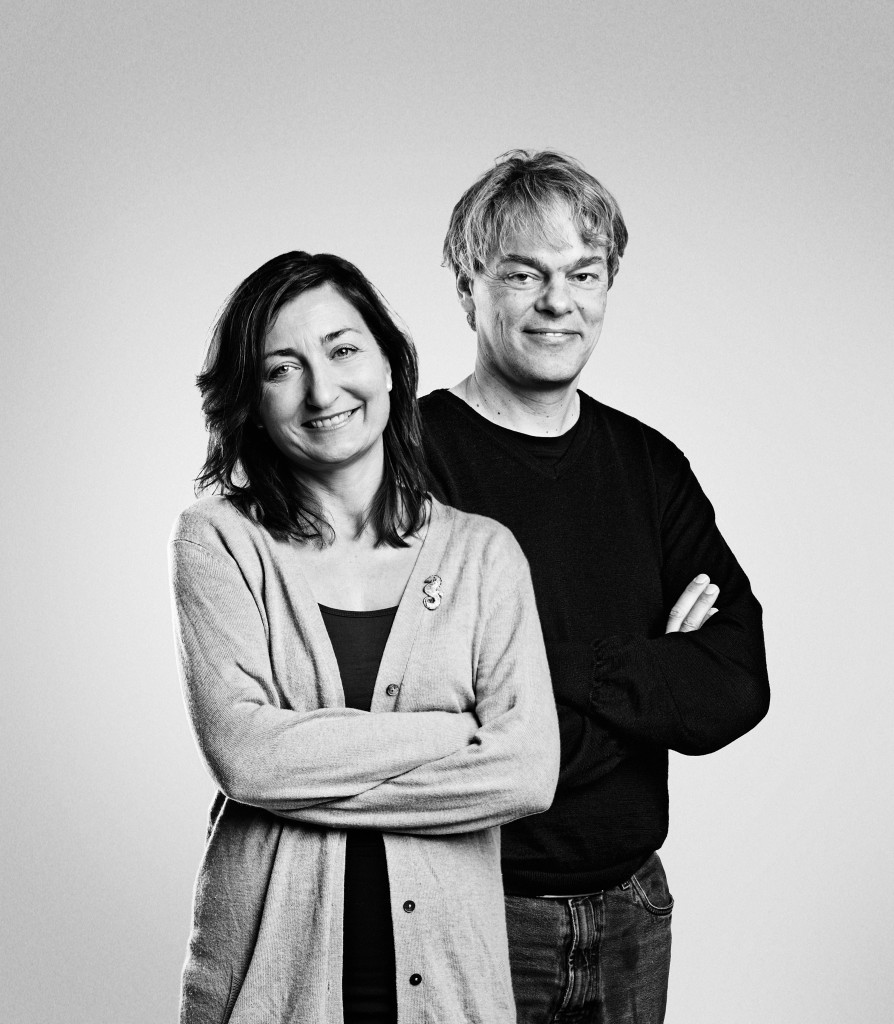 So what’s it all about? The speed cells, which were located in tests on rats, continuously fire signals during rapid movements, irrespective of environmental stimuli: in other words, the nature of the environment or whether the rats run in darkness or light had no influence on the outcome. The speed cells are a separate population of entorhinal neurons that exists independently along with the grid cells, head direction and place cells. The research team, which also included Emilio Kropff and the late James E. Carmichael, was looking for these cells for a very obvious reason: they were a missing link. When an animal moves, the movement is coordinated with the animal’s spatial positioning in the grid cells. However, to fulfil this task, the grid cells need information about the speed at which the animal is moving in space. Up to now, it was not possible to identify a corresponding speed signal – the researchers hope to have filled this knowledge gap with their discovery. The entire orientation system in the (animal) brain is thus composed piecemeal: the place cells were discovered by John O´Keefe and Jonathon Dostrovsky in 1971. Accordingly, John O’Keefe was awarded the Nobel Prize jointly with the Mosers in 2014. Place cells are neurons that code the position of an animal in a space and the spatial surroundings. As part of this process, characteristics of the surroundings form a kind of map in the brain. The head direction cells can be described in similarly simplified terms as a compass. Unlike the place cells discovered by O’Keefe, the grid cells discovered by the Mosers fire at different places in the space. As the spatial points to which the individual cell reacts formed a grid network with regular intervals, these neurons were given the name “grid cells”. The grid develops very quickly once the animal explores a new environment and remains stable for a long time. The expression “brain satnav” was adopted to describe this discovery. 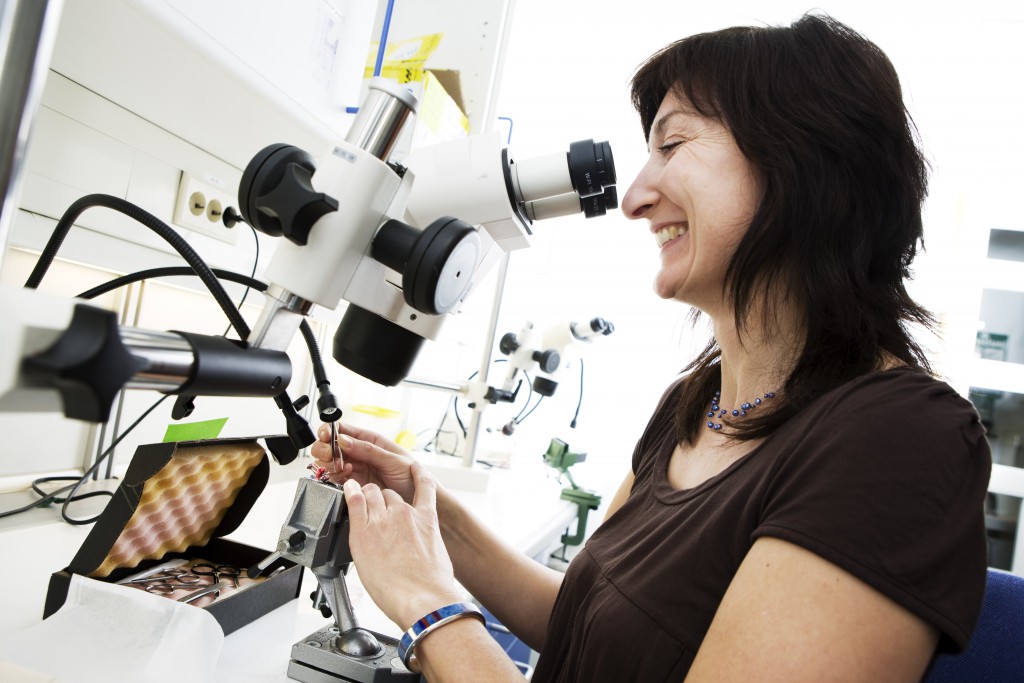 To tackle the topic of speed measurement, the researchers allowed rats to run in a bottomless vehicle. The movement of the vehicle was controlled by a computer and the animals ran to reach the food at the end of the conveyor belt. The activity of the neurons in the rats’ brains was measured using electrodes while they ran – this made it possible to identify certain cells that became more active with increasing speed. These neurons were subsequently quantified. The scientists discovered that their distribution in the middle entorhinal cortex is in the range of 14 % – 18 %. The signals transmitted by the speed cells are dynamically linked with the activity of the grid cells while the animal moves. However, this link could only be demonstrated for the area of the entorhinal cortex. According to the research team, the activities in the hippocampus follow a logic of their own. 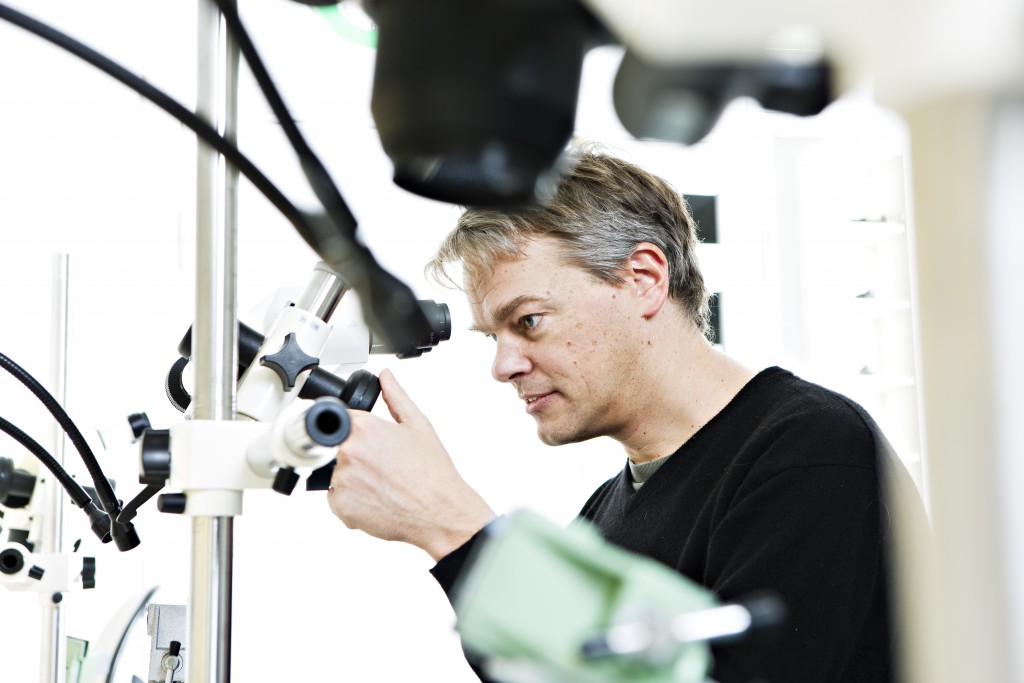 Unfortunately, the Mosers were unable to attend the 65th Lindau Nobel Laureate Meeting at the end of June, and their presence was sorely missed. There is no doubt that we will continue to hear about their exciting research findings, and it is hoped that we will get to see and hear May-Britt and Edvard Moser in Lindau one day. These two Nobel Laureates are particularly committed and dynamic in their approach to their work – ideal qualities for inspiring young scientists!     Slider: Geir Mogen, Faculty of Medicine NTNU, CC BY-NC 2.0