Paul Dirac: The Quiet Genius...
Back
He is considered to be an important founding father of modern quantum physics, his books are still standard reference works, and many people have heard of one of the technical terms named after him. But who is the person behind these terms – who was Paul Dirac? First of all, he was one of the youngest Nobel laureates ever: he received the prize in 1933, together with Erwin Schrödinger, at the age of only 31, “for the discovery of new productive forms of atomic theory”. Those were very productive times – almost as if the different theories waited to be combined into new paradigm. But numerous and very different characters had to work closely together for this breakthrough to the new scientific era of quantum mechanics. The theories of modern quantum mechanics started with Werner Heisenberg‘s matrix formulation. A few months later, Schrödinger postulated a wavefunction in his famous Schrödinger equation. After his PhD thesis, Paul Dirac started combining this new field of quantum mechanics with Einstein’s Special Theory of Relativity – which ultimately won him the Nobel prize. The Nobel committee explained their choice: “The importance of Dirac’s work lies in his famous wave equation, which introduced special relativity into Schrödinger’s equation. Taking into account the fact that, mathematically speaking, relativity theory and quantum theory are not only distinct from each other, but also oppose each other, Dirac’s work could be considered a fruitful reconciliation between the two theories.” 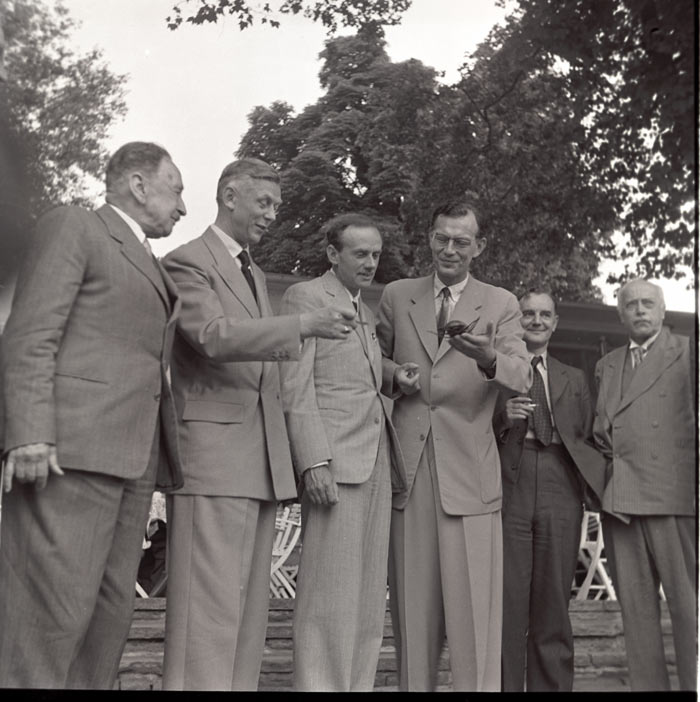 Dirac’s ‘Quantum Theory of the Electron’ lead him to postulate an elementary particle similar to the electron but with the opposite charge: whereas the electron has a negative electric charge, the hypothetical new particle was supposed to have a positive electric charge. With the discovery of the positron, the American physicist Carl Anderson was able to confirm Dirac’s theory. In his works, Dirac also predicted the existence of antimatter. Many technical terms have been named after him: the Dirac equation, the Dirac sea, or the Fermi-Dirac statistics, named also after Enrico Fermi who developed the statistics for fermions, another kind of elementary particle. Dirac’s entire scientific career was characterised by an incredible productivity that he maintained even in old age. For instance, he attended the Lindau Nobel Laureate Meetings eleven times and gave ten lectures. Not only did he talk about various topics, he also referred to the other participants and their respective theories. There’s no doubt that his interests covered a broad spectrum of research topics. The Lindau mediatheque presents four of his lectures, in audio only. Dirac talked in short sentences, enunciated every word slowly and with almost audible consideration. To be able to hear him speak and walk – usually to the blackboard to write something down – is fascinating in itself. The audio recordings are accompanied by Anders Bárány’s profound commentaries. About Dirac’s speech: It is reported that he once said, “I was taught in school never to start a sentence without knowing the end of it” – and all his life, he spoke accordingly. 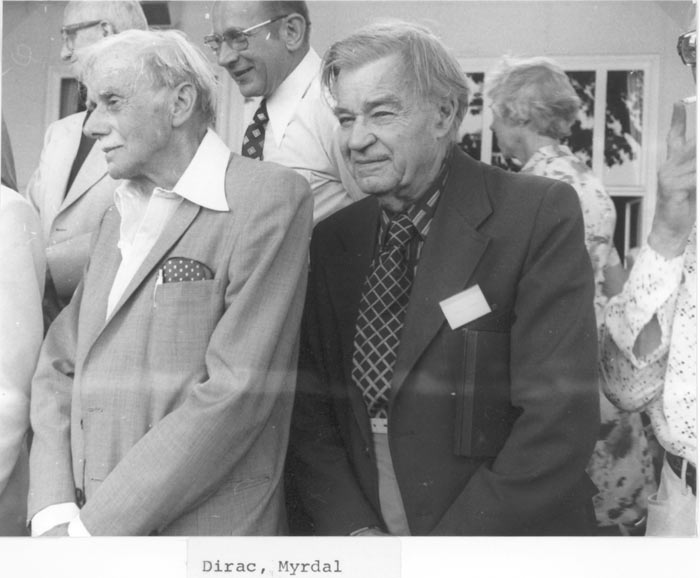 Paul Dirac apparently had a reserved and taciturn nature. There are numerous accounts how he didn’t mind remaining silent in company. And if asked a question, his answer would be short and nothing but the literal truth – sometimes the asker had to wait up to thirty minutes for it. Maybe there were biographic reasons for his behaviour? According to his biographer Graham Farmelo, Dirac described his own father as very strict and authoritarian. His father was a French-speaking Swiss and required his son Paul to talk only French to him during meals. If young Paul made the slightest mistake, he would be punished, although not physically. He was the only child of three who had to undergo this ordeal on a daily basis. His father was the French teacher at Paul’s later school. His mother Florence Holten was Cornish and worked as a librarian. The family lived in Bristol where Paul Adrien Maurice was born in 1902, on August 8th. After finishing school, Paul Dirac studied electrical engineering and received a first class honours Bachelor of Science degree. Due to the post-war economic depression, he was unable to find work. With the help of two scholarships, he first studied mathematics in Bristol where he achieved his BA in 1923, and finally physics in Cambridge, where he completed his PhD on quantum mechanics in 1926. 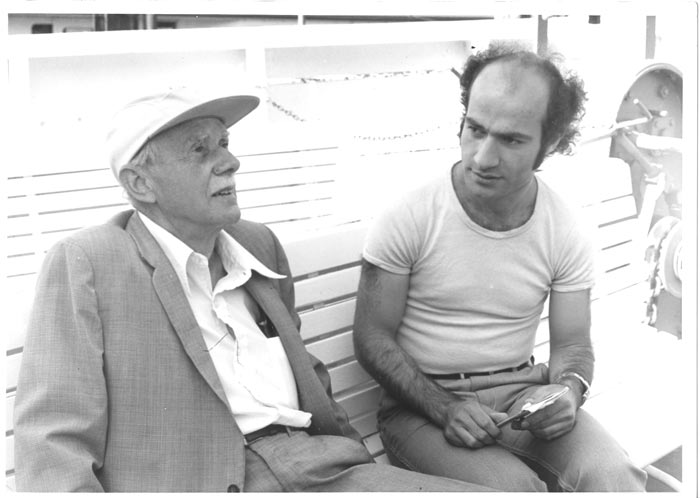 After the year 1937 when he married Margit Wigner, he had a family of his own: He adopted his wife’s son Gabriel and daughter Judith from her previous marriage, and they had two daughters of their own, Mary Elizabeth and Florence Monica. Margit, born in Budapest, was the sister of Nobel laureate Eugene Wigner and had met Dirac while visiting her brother in the United States. Even if Dirac was considered to be taciturn, he wasn’t unworldly and didn’t hide in the ivory tower of science. To the contrary, he had travelled extensively as a young man, studied at various foreign universities, including Copenhagen, Göttingen, Leyden, Wisconsin, Michigan, and Princeton, where he became a visiting professor in 1934. He was the Lucasian Professor of Mathematics at the University of Cambridge for over thirty years and a member of the Center for Theoretical Studies at Florida State University in Tallahassee. He spent his last decade in Florida, at the State University of Tallahassee, to be near his daughter Mary. There he died on October 20th, 1984.