When the winner of the 2014 Nobel Prize for Literature was announced in October many people in Germany had to look his name up online. Patrick who? A look at a famous unknown.

Patrick Modiano, winner of this year’s Nobel Prize for Literature, first became known in Germany after being promoted by the Austrian novelist Peter Handke. One after another, his books were highly praised in the German newspapers, but he was unable to win over the wider reading public. Now the reclusive Modiano is firmly in the public spotlight and, thanks to the Nobel Prize, has become a best-selling author.

In France Patrick Modiano is already seen as an established literary great, but he has always presented himself solely through his books. He is shy of publicity and has devoted his life entirely to writing. His wife, Dominique Zehrfuss, is a book illustrator and one of his two daughters is known in France as a songwriter and singer. Modiano came to literature through the writer Raymond Queneau, a friend of his mother’s. Queneau also brought him into contact with the world of publishing. 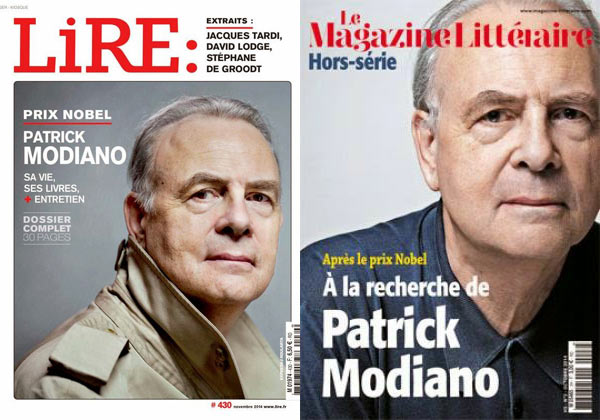 Modiano was born in 1945, never experiencing first-hand the period he wrote about in his earliest works, but adapting it rather impressively. Modiano’s father was an Italian-Jewish businessman, his mother a Flemish actress. They met in Paris during the German occupation. At that time Modiano’s father had no legal identity, eking out a living as a black market trader, under a false name. The world in Modiano’s first book, ‘Place de l’Étoile’, is that of his parents. However, the book was supposedly such a thorn in his father’s side that he tried to buy up the whole edition.

‘Place de l’Étoile’ was a success in France and is considered his masterpiece. This makes it seem all the more strange that it wasn’t published in Germany until some 42 years later, in 2010 (unlike his other works). „A young man, Raphael Schlemilovitch, in Paris at the time of National Socialism. In his fictitious autobiography, we see the life plans of Jews in occupied France pass kaleidoscopically by. At one time he is a ‘collaborating Jew‘ and a lover of Eva Braun, at another time, a ‘field-and-meadow-Jew‘, out in the sticks, emigrating with false papers soon after, but even then not escaping the persecution of the Jews. Until he lies on Doctor Freud’s couch, who proclaims the hallucinating hero suffers from a ‘Jewish neurosis‘.“

The Nobel Prize in Literature 2014 was awarded to Patrick Modiano

„for the art of memory with which he has evoked the most ungraspable human destinies and uncovered the life-world of the (German) occupation“. 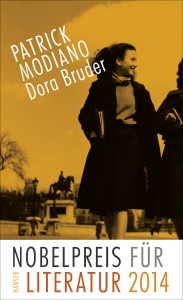 And not just in his first work, but also, for example, in his book ‘Dora Bruder’, in which the first-person narrator researched the life testimonies of a Jewish girl who had initially disappeared and was later murdered in Auschwitz. Modiano describes himself as a member of a transitional generation. Without remembrance the search for one’s own identity cannot succeed.

Not knowing what once was brings the main character in Modiano’s book ‘La Petite Bijou’ to the edge of the dissolution of their existence. ‘La Petite Bijou’ (The Little Jewel), a later work, is the story of a young woman from a chaotic background, who suddenly sees a woman in a yellow jacket walk past, who she believes to be her mother. 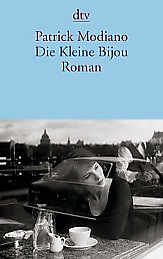 The young woman follows the older, shadowing her closely, but never daring to confront her directly. The reader tries to connect the main character’s flashbacks, but with no definite outcome and the story ends as openly as it began. This is typical of Modiano’s style, which is fragmentary, but easy to read, in which he composes thoughts and events in a collage-like fashion. The author has said in an interview that he writes by hand and on single pages, because this enables the widest possible freedom in writing.

Modiano’s French publisher said he responded to congratulations for winning the Nobel Prize with usual modesty, saying it was „bizarre“. Connoisseurs of his literature call it a pleasant surprise. In France, an ‘old acquaintance’ is being celebrated and in Germany a new reading audience is embarking on the hunt for literary clues with Patrick Modiano.