Nobel Prize 2014: Seahorses, navigation...
Back
7 things to know about the 2014 Laureates in Physiology or Medicine and their research. The Nobel Prize in Physiology or Medicine 2014 was awarded to John O’Keefe and jointly to May-Britt Moser and Edvard I. Moser “for their discoveries of cells that constitute a positioning system in the brain”. 1. Discovering where our memories are stored has been one of mankind ‘s greatest challenges (since practically…ever). The Ancient Egyptians, for example, thought that the heart was the centre of mental life, and not the brain. ‘Only’ 2000 years ago the Greek physician and philosopher Galen of Pergamon claimed that the brain was ‘the’ organ. His revolutionary idea needed more than a thousand years before being finally accepted. A trace of this long-lasting argument between brain vs. heart is still present in a linguistic expression we use: To state that we can memorise and learn something, we usually say ‘to learn by heart’, while it would be more correct, at least from an anatomical point of view, to say ‘to learn by brain’. 2. But where in the brain are our memories stored? In the year 1953, the American patient Henry Molaison was suffering from intractable epilepsy. In order to reduce the spreading of the epileptic seizures, his surgeon decided to remove some parts of Henry Molaison’s brain, specifically the cerebral regions from which the epileptic seizures originated. After the operation, the epilepsy was successfully cured, but Henry Molaison started to suffer from severe amnesia. The surgeon, unfortunately, had removed a part of the brain too wide, including two structures called ‘hippocampi’ (named after their resemblance to seahorses) whose role was unknown at that time. Since this unlucky operation, we know that the hippocampi, two small structures in the middle of our brain, one in each hemisphere, play an important role in different features of our memory. 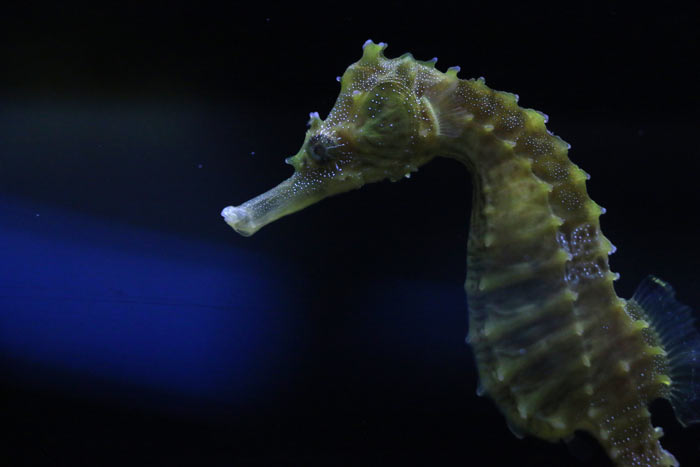 Seahorses in our brains? The hippocampi parts of the human brain where named after these charming sea-dwelling creatures. Photo: Steve Miller @ FlickR (licensed under Creative Commons).

3. Mapping the external world: the ‘place cells’. We all know that there are different forms of memory: remembering how to ride a bike, for example, is different from knowing that London is the capital of the United Kingdom or knowing how we can go from Trafalgar Square to Piccadilly Circus. In the late 1960s, John O’Keefe picked up a specific scientific question: he decided to investigate how the brain navigates through space. In 1971, he discovered the very first component of our brain’s ‘positioning system’. In fact, he identified a type of nerve cell inside the hippocampus that was systematically activated when a rat was at a certain place in a maze in his experiments. Furthermore, other nerve cells were activated when the rat was at different places. O´Keefe concluded that these ‘place cells’ were able to form a map of the external space. 4. Mapping the external world: the ‘grid cells’. In 2005, May-Britt and Edvard I. Moser discovered another pivotal component of the brain’s positioning system. By studying a region of the brain next to the hippocampus called the medial entorhinal cortex, May-Britt Moser and Edvard I. Moser discovered another type of nerve cell, the ‘grid cells’. These cells provide the brain with an internal coordinate system essential for navigation, allowing for precise positioning and pathfinding. Apart from providing us with a revolutionary ‘cognitive mapping’, these works open promising research avenues that will help us understand the mechanisms underlying the spatial memory loss affecting people with Alzheimer’s disease. 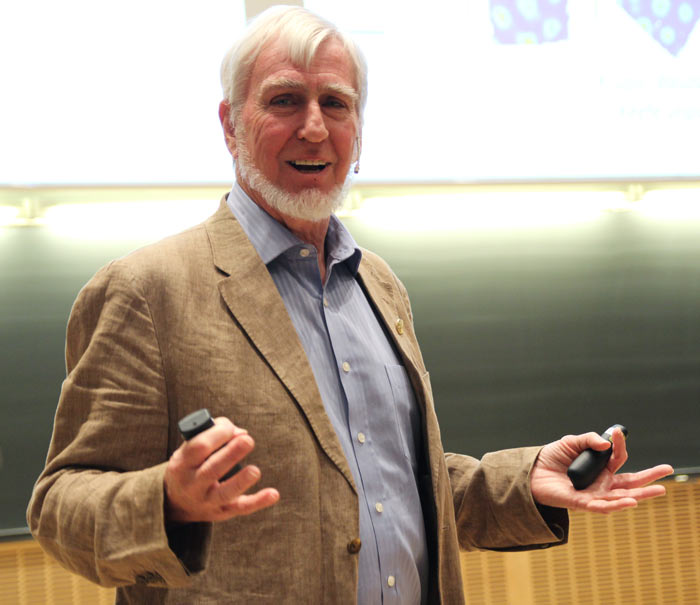 5. Inspiration + rigour = Nobel. Interestingly, O´Keefe dedicated his book, written with Lynn Nadel and entitled The Hippocampus as a Cognitive Map (OUP, 1978) to three people: the American psychologist Edward C. Tolman, ‘who first dreamed of cognitive maps in rats and men’, to the Canadian psychologist Donald O. Hebb, ‘who taught us to look for those maps in the brain’ and A. Black, who ‘insisted that we pursue our route with rigour’. This dedication can be considered a manifesto of his inspiration and of his resilience. With his research, O´Keefe realised what other pioneers had dreamed of. And, as happens often with paradigm shifts, it took time before becoming broadly accepted by the scientific community. 6. ‘Nobel couple’. The Mosers are the fifth married couple to be awarded with the Nobel Prize. Before them, Pierre and Marie Curie in 1903 (Physics), Irene Joliot-Curie (Pierre and Marie’s daughter) and Frederic Joliot in 1935 (Chemistry), Carl Ferdinand Cori and Gerty Theresa Cori (1947, Physiology or Medicine), Alva Myrdal and Gunnar Myrdal (1974, Economic Sciences and 1982, Peace, respectively). May-Britt Moser revealed that she and her husband went so far together in science because they had the same mission: they love to understand, to talk to each other and to other people and to try to address scientific questions the best way. And, of course, they have always been able to instantly discuss ideas, as they can have a meeting almost every day, in a climate of lovely spontaneity, respect, trust and support (listen to the podcast at nobelprize.org). 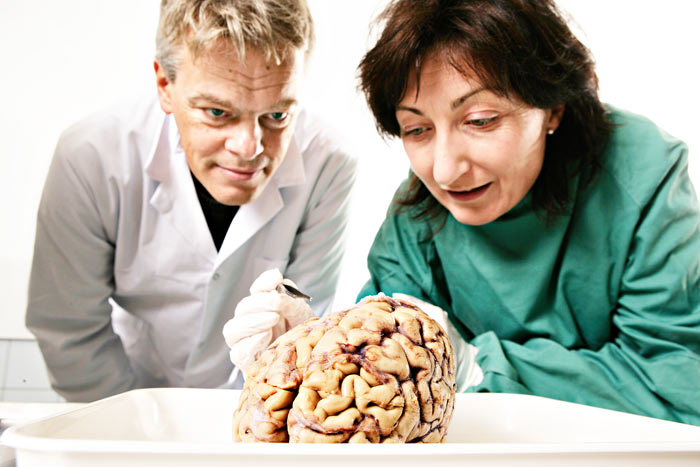