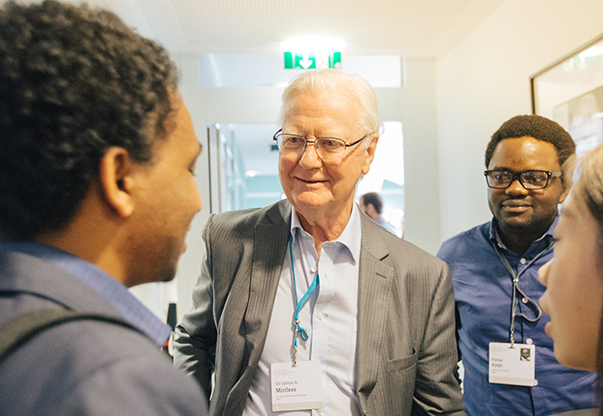 The Council and Foundation Lindau Nobel Laureate Meetings mourn the loss of laureate Sir James A. Mirrlees, who died on 29 August 2018, age 82. The British economist co-received the Sverige Rikesbank Prize in Economics in Memory of Alfred Nobel in 1996 for fundamental contributions to the economic theory of incentives under asymmetric information.

He was Emeritus Professor of Political Economy at the University of Cambridge, UK, and Master of Morningside College, Chinese University of Hong Kong.

Sir James Mirrlees participated in five Lindau Meetings on Economic Sciences since 2004. The Council and the Foundation offer his wife, Lady Patricia Mirrlees, and his family their sincerest condolences.