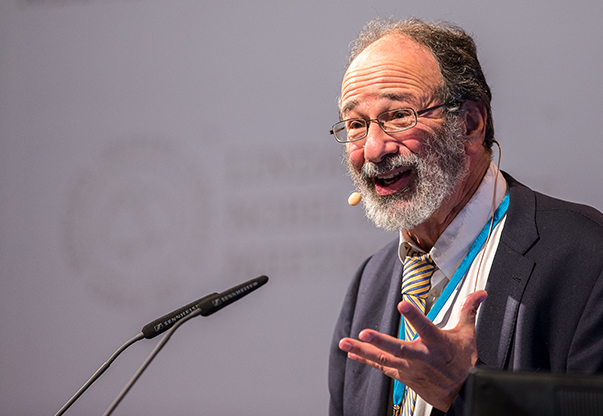 The Nobel Prize Dialogue event “Towards Health: Equality, Responsibility and Research” will take place on 8 November 2019 in Berlin. Peter Agre, 2003 Nobel Laureate in Chemistry, and Alvin Roth, 2012 Laureate in Economic Sciences, will discuss the way health and well-being build on the collective achievements of society, including healthcare, education and good environmental and working conditions.

The Nobel Prize Dialogue aims to stimulate discussion and bridge the gap between science and society by bringing together Nobel Laureates, the world’s leading scientists, key opinion leaders, policy makers and the general public. Produced by Nobel Media with support by the Lindau Nobel Laureate Meetings, this is the first Nobel Prize Dialogue to be hosted in Germany.