New wonder materials – from...
Back

It was sixteen years ago that physicist Nicola Spaldin discovered a brand new class of materials: multiferroics. To this day, little more is known about them, even in academic circles. Yet they feature a number of indisputable qualities.

Multiferroics are crystalline chemical compounds of metals and oxygen which react to both magnetic and electric fields. The particular utility of these material properties is obvious, according to Nicola Spaldin, a winner of the Körber Prize: “Electronic devices today mostly contain two types of material: magnetic material, which stores the information, and semiconductors, which process the information. Our vision is to create a material that can do both.” Multiferroics are metal oxide crystals that rarely occur in nature. They consist of oxygen and at least two metals, such as iron and bismuth. 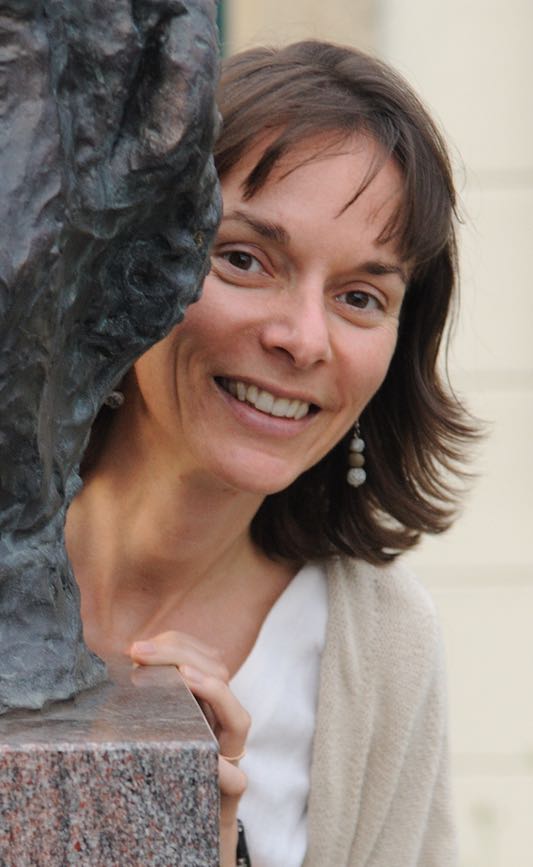 Spaldin’s challenge was initially to find out why multiferroics are so rare and how they can be designed and created. Following a first publication on the theoretical foundations, which caused a sensation in the scientific community in 2000, Spaldin succeeded in making thin films of bismuth ferrite, working as part of a research cooperation in 2003. This breakthrough triggered a research boom.

There is, however, one crucial hitch on the path to industrial application: temperature. Experiments to date only work under conditions of extreme cold – the aim is a material that works at room temperature.

When Andre Geim and Konstantin Novoselov from the University of Manchester created graphene in 2004, there was no lack of euphoria about the new wonder material.

Andre Geim and Konstantin Novoselov were awarded the Nobel Prize in Physics in 2010 “for groundbreaking experiments regarding the two-dimensional material graphene”, a material consisting of carbon atoms bonded together in a honeycomb lattice. The material possesses a number of highly unusual properties: its high electrical conductivity makes it perfectly suited for nanoelectronics, its two-dimensionality means that it is predestined for use in the manufacturing of transistors, it is permeable to light and has very good thermal conductivity, could be used as a probe for detecting chemical substances and is the strongest material ever measured – able to withstand forces equivalent to 200 times the ultimate load of steel. 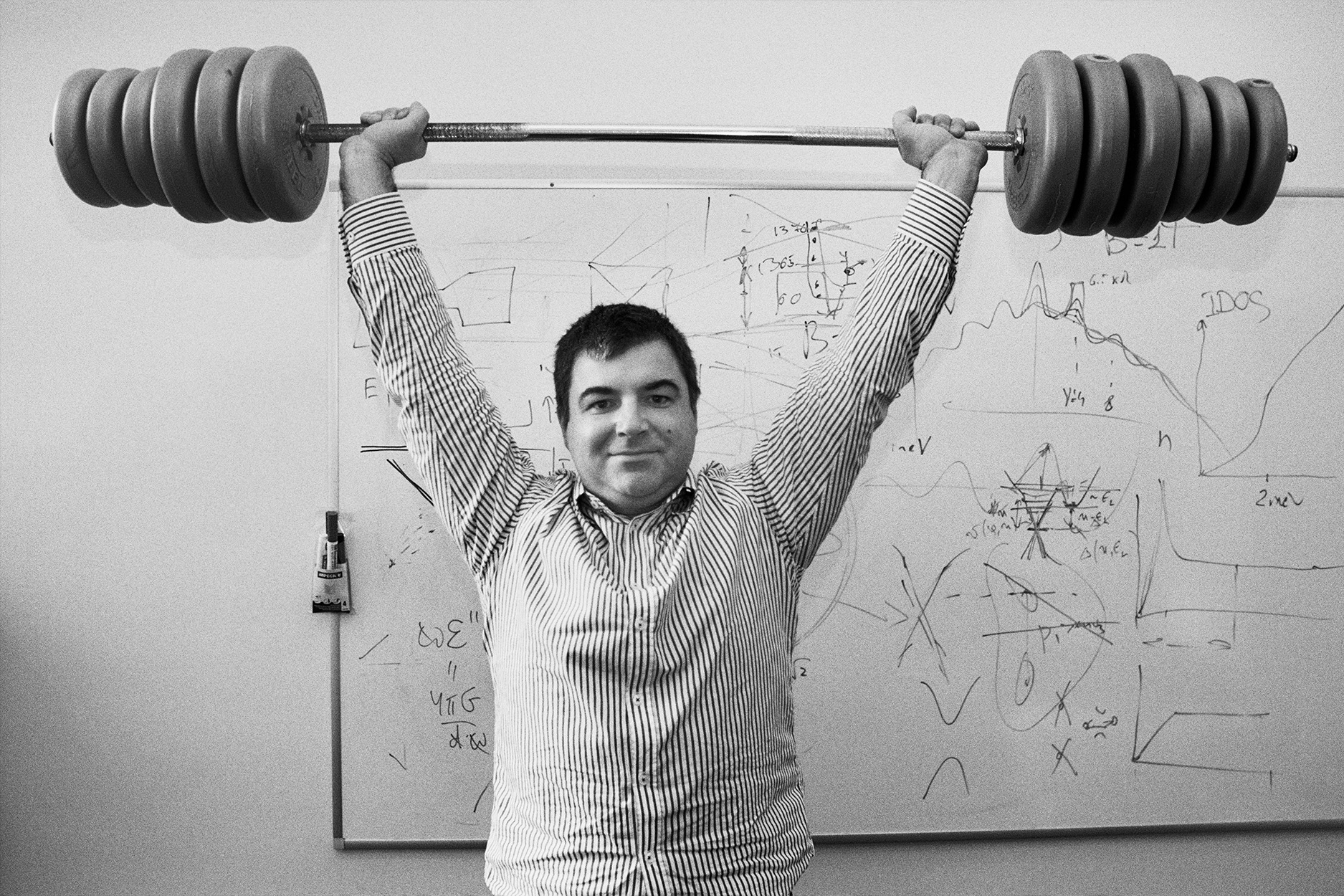 Carbon occurs naturally in diamonds and graphite. The discovery that elementary carbon also occurs in the form of cage-like molecules earned Robert Curl, Harold Kroto and Richard Smalley the Nobel Prize in Chemistry in 1996. Despite the discovery of these fullerenes, it was not considered possible for a planar molecular mesh to be isolated, partly because two-dimensional crystals were believed to be fundamentally unstable (the Mermin-Wagner theorem).

Geim and Novoselov used a wonderfully simple trick to create a single layer of such graphite by pressing an adhesive tape onto pulverised graphite, subsequently applying it to a substrate and repeating the procedure until several monolayers had been laid down on the substrate. The result was the thinnest material thus far known.

But disillusionment soon set in – the method of production was not suitable for large-scale manufacturing. And what good is even the most wonderful material if it cannot be produced in sufficient quantities and top quality? While some research groups attempted to optimise the production methods, others went in search of potentially even better suited 2D materials. After graphene came silicene, phosporene and then things gradually quietened down. Yet interest in using the 2D structure to make 3D materials has recently reignited in some quarters: “Instead of laboriously picking one out and calling it the best, it may be smarter to combine them and in doing so use all their various advantages,” said Andras Kis, Research Group Leader for nanoelectronics at the Swiss Federal Institute of Technology Lausanne. That said, the majority of researchers has by no means given up on the 2D materials. In view of the sheer variety of new materials with outstanding properties and the countless numbers of research teams operating across the globe, we can be confident of eventual success – but we should not expect it to come all too soon. 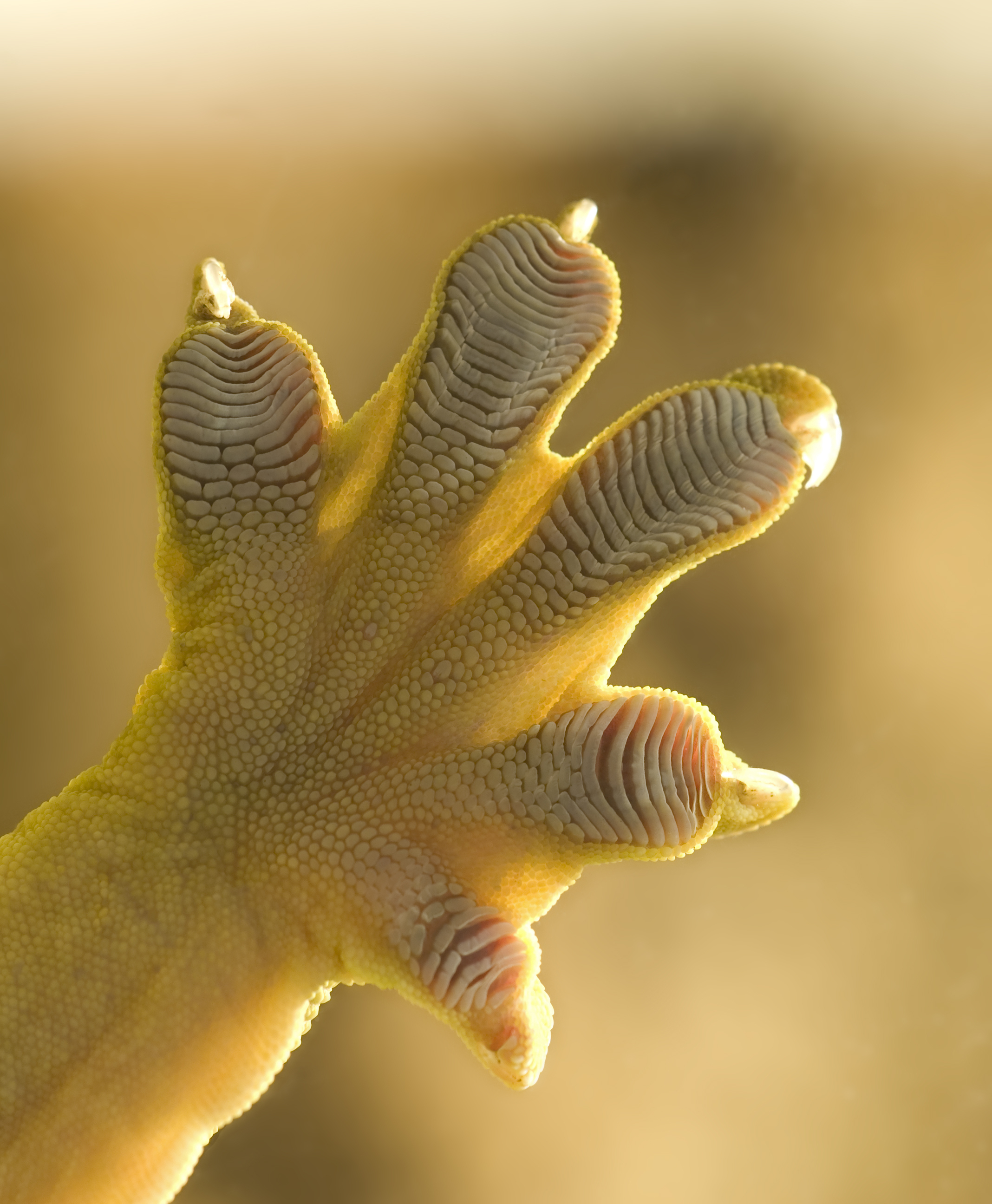 Scientists developed a polymer structure copied from the foot of a gecko with its countless tiny hairs, which uses the principle of adhesion. Copyright Foto: iStock.com/olerosset

In order to really see practical applications for new materials, it is helpful to take a step back from basic physical research on a grand scale and look instead at polymers and the kind of materials research that is going on in the field of medicine.

In that discipline we find threads made of biopolymers that can be used to stitch wounds, and which feature the practical attribute of dissolving automatically. Since they fragment into the kind of debris that also occurs in the human body, they do not cause any immune response or inflammation. The material is both non-breakable and elastic – so it is easy to work with and does not tear the edges of a wound, even when stressed. Scientists in Jena are already thinking about the next generation of materials: resorbable stents and implantable drug release systems.

At another Leibniz Institute, this time in Dresden, scientists have developed ultrathin, flexible coatings that roll up into tubes autonomously. The novel material combines flexible sheets of polymer with various metallic/magnetic thin films. Thanks to a magnetic effect, the innovative tiny tubes, only about one millimetre in length, can be used as mini-magnetic sensors and boast many advantages over conventional methods of measuring brainwaves, such as the fact that they are suitable for mobile application in a large-surface sensor. Other studies by this research team have found that the little tubes are also suitable for use as bandages for damaged nerve cells and as mini-antennas to deliver information on the progress of tissue repair.

But what is it that gives scientists the idea for new materials and their applications in the first place? They look at how nature does things and endeavour to translate natural principles into technological solutions. A research team in Aachen, for example, drew inspiration from the pearly coating inside a mussel shell to develop a non-breakable film that repels harmful air ingress by means of a gas barrier, which could one day replace the rigid glass currently found in mobile phones and tablet computers.

Another team in Saarbrücken developed a polymer structure copied from the foot of a gecko with its countless tiny hairs, which uses the principle of adhesion based on van der Waals forces. Already patented under the name of Gecomer – a name coined from gecko and polymer – the technology can be used to fit gripper arms with elements capable of moving highly sensitive objects with very little energy, for example. Numerous other potential applications are conceivable: implants that are easy to remove once they’ve done their job, for instance, or innovative new plasters.

So imitating what one sees still appears to be a very effective method of learning and making progress. Materials that fit together like Lego bricks and the latest developments in the nanometre range may be fascinating, but they are also highly abstract. Where it gets really exciting is when different disciplines come together and look to create a specific benefit for the challenges of the future.