J. Michael Bishop and the...
Back
At the Lindau Nobel Laureate Meeting for the first time: John Michael Bishop, who revealed how retroviral cancer genes develop on a molecular level. In the late 1970s, J. Michael Bishop and Harold Elliot Varmus met and created one of these rare work groups where the results are so much more than the sums of its parts. Both researchers’ work has changed our view on cancer fundamentally. They were able to transfer the experimental works of scientists like Deborah Spector and Dominique Stehelin in the realm of animal virology to human medicine, or more precisely: to the field of cancer research. What seemed like a revolutionary change of perspective on cancer back then is part of today’s general knowledge. Cancer genes are not necessarily foreign intruders, but important cell genes that can wreak havoc under certain circumstances – from friend to foe, so to speak. 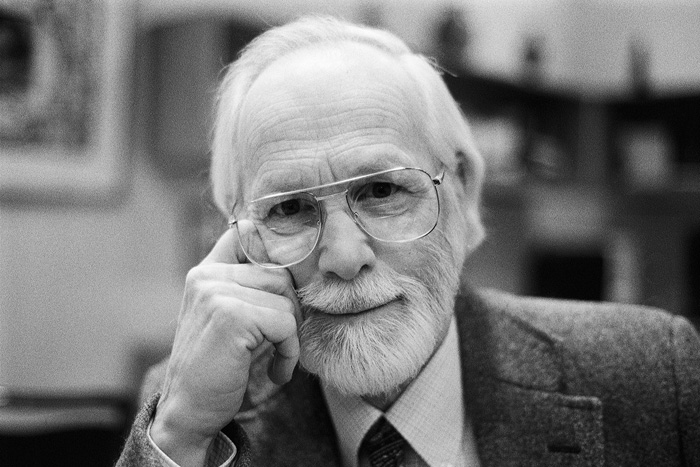 Bishop’s main areas of interest are retroviridae and oncogenes. Retroviridae are able to introduce genes into the DNA of host cells. If this happens, normal cell growth, division or differentiation can result in the creation of cancer genes, or oncogenes. The latter can become part of the host’s own DNA. In the early 1980s, Bishop and Varmus discovered the very first human oncogene: c-Src. During his extensive research, Bishop not only studied oncogenes, but also their predecessors, the so called proto-oncogenes. In Bishop’s own words: “Src is a wayward version of a normal cellular gene (which we would now call a proto-oncogene), pirated into retroviral genome by recombination (in a sequence of events known as transduction), and converted to a cancer gene by mutation.” Varmus has studied tumorgenesis and breast cancer tumors, has concentrated on viral replication, especially on the HI- and the hepatitis b virus, and became director of the National Cancer Institute in 2010. Besides being an excellent scientist, Bishop has another talent, too: for instance, he’s a very good scientific writer. Maybe resulting from his self-professed love of reading? He says himself that he loves books – only science fiction and crime are not his favourites – and he enjoys writing. Another of his passions is music, a legacy from his past: Born in 1936 as the son of a Lutheran minister in Pennsylvania, he spent his childhood with piano, organ and vocal lessons, far away from metropolitan life or scientific research. In fact, nothing hinted at a career in life science. In the course of his career, he experienced many surprising changes and variations – changes of topics, locations and colleagues. In retrospect, he likes to thank the many people he met along the way: Some had offered helpful and unconventional advice on how to advance his research and career – with a truly exceptional outcome, as we know. J. Michael Bishop, winner of the 1989 Nobel Prize in Physiology or Medicine together with Harold Elliot Varmus, will attend the Lindau Nobel Laureate Meeting for the first time this year. He will give a lecture on “Forging a Genetic Paradigm for Cancer”, read an abstract of his lecture here. He will also participate in a panel discussion on the topic “Large Data and Hypothesis – Driven Science in the Era of Post-Genomic Biology”.