Highlights of the International Year...
Back
From star parks to light therapy The partial solar eclipse on 20th March 2015 was cause for excitement not only in Germany, but also, for example, in England – not because everyone got to experience it in spectacular fashion, but because there was uproar in the schools. Should children be allowed to watch this spectacle of nature or not, was the question. It was handled differently from school to school.In some, the answer was a firm ‘no’, as the fear of light damage to children’s eyes and the associated responsibility were felt to be too great. The scientific community and well-informed parents saw this as a failure in their duty to educate. Other schools had informed themselves well in advance, done a good job of preparing for the event, enabling their pupils to enjoy this natural spectacle ‘live’. Even in these modern times, natural phenomena still seem to awaken archaic thoughts about protection and the need to hide from them – which is not bad per se, but shows that there is a need for better information.

The ‘International Year of Light 2015’ website states: “From sunsets to rainbows, from the blues and greens of the ocean to the remarkable range of colors of plants and animals, our first experiences of light and color are through what we see in the natural world. This page will contain resources and links to images so that you can see for yourself the wonderful range of light and color in the natural world and understand the science behind it.” One spectacular natural phenomenon that really should not be missed here: the northern lights. Thanks to a geomagnetic storm over the polar regions, shortly before the eclipse, auroras were visible as far south as Germany and in other European countries. In Scandinavia they caused a veritable auroral orgy. Auroras occur when electrically charged particles in the magnetosphere connect with mainly oxygen and nitrogen atoms in the upper layers of the atmosphere, thereby ionizing them. When recombination occurs shortly after, light is emitted. Observers today are able to enjoy this beautiful apparition. However, this was not always the case: In the Middle Ages in Europe auroras were seen as harbingers of coming disasters, possibly because, when seen in central Europe, the usually blood-red appearance may have been a reason for this assumption. During periods of increased aurora activity there is a higher level of risk to satellites and aircraft, due to the electromagnetic fields that can damage the electronics on board. 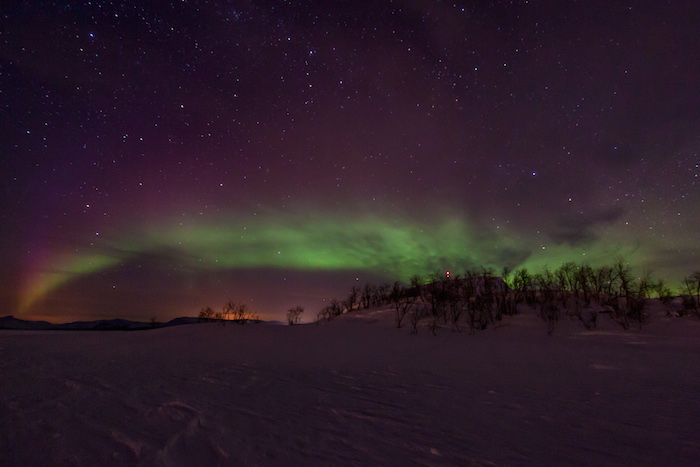 ‘Light pollution’, however, is a relatively new buzzword and a new area of research. It includes the increasing illumination of the night sky, which is particularly complained about by astronomers, the modification of the internal clock in humans, which can be medically relevant, but also the impact on plant growth, the increase of some species and the decline of others, and hence the impact on whole ecosystems. Under the title ‘Loss of the Night’, an interdisciplinary project is examining the ecological, health, cultural and socioeconomic impact of increased lighting levels at night. Based on the results, modern lighting concepts are developed, with the aim of creating sustainable technologies. To look at just one example: more appropriate conical and thereby more targeted street lighting is a major step forward compared to traditional lighting. A further step would be sensor-controlled lighting, which is only used when necessary. The research project is complemented by a smartphone app (now available in 11 languages) that volunteers can use to assist the scientists in their work, by measuring local light pollution: “We want to track changes in the sky’s brightness over the years,” explains Dr Christopher Kyba from the Leibniz Institute of Freshwater Ecology and Inland Fisheries (IGB) and the Free University of Berlin. “Therefore, we hope that our helpers will visit and make observations at these places again in the years to come.” Germany and the USA have provided particularly great feedback so far, as well as Italy, France, the UK and Asia. There are similar citizen scientist projects running in the USA. Astronomers at the National Optical Astronomy Observatory in Tucson, Arizona have started the “Globe at Night” initiative, with a measurement campaign taking place in April 2015. 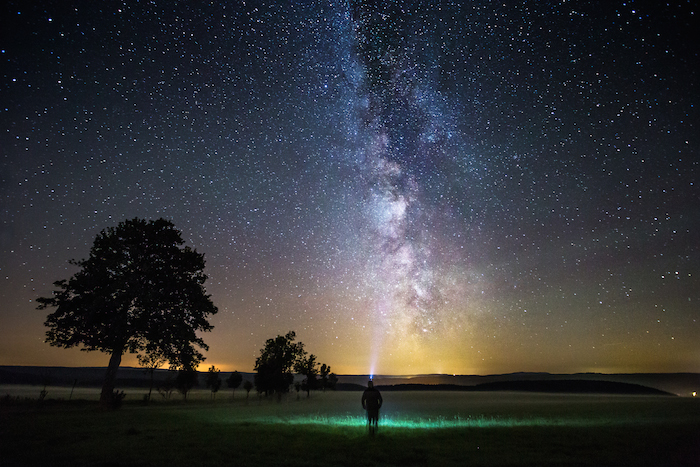 The fact is that most people can only see a very small fraction of the stars in the night sky that could possibly be observed. The big cities form so-called light domes through the heavy illumination of their centres, as do industrial plants. Viewing some of the larger and fainter heavenly objects, such as the Magellanic Clouds or the Orion Nebula, is simply not an experience many people will have had. This is why many observatories close to urban areas have closed down and why protected areas around large telescope systems have had to be established, as they would have had no future otherwise. For amateur astronomers and other stargazers, there are so-called star parks – Germany has three locations, so far: in the Rhön, the West-Havelland (provisionally recognised) and in the Eifel. In the Gülpe star park (Naturpark Westhavelland) the lack of light pollution allows visitors to view the Milky Way with the naked eye. In the USA, these parks, which include the Dark Sky Parks, Dark Sky Communities and Dark Sky Reserves, are so numerous that they are sub-divided into three categories: Gold, Silver and Bronze.

One medical phenomenon where artificial light can be helpful is winter depression, an emotional disturbance which is related to the season. The antidote is called light therapy. It features both typical symptoms of depression, such as a depressed mood, reduce energy levels and anxiety, as well as atypical symptoms, such as increased sleep duration, carbohydrate cravings and weight gain. The reason for this is the longer dark periods, in stark contrast to the summer months, leading to reduced serotonin and increased melatonin levels. While serotonin is mood-lifting, melatonin is attributed to a depressogenic effect. In a study conducted in 2013, the participating researchers hypothesised that these seasonal fluctuations would have had no clinical significance in earlier times, but rather quite the opposite, they could have contributed to the survival of the group. Increased sleep and weight gain would have required the building up and conservation of its resources. This mechanism has only become problematic in modern society, where activity carries on regardless of the season. Light therapy can be carried out at home with a so-called daylight lamp, preferably in the early morning. Or – in the Nordic countries – there is a more social option: visiting a light cafe. The modern way to pay homage to the light together! 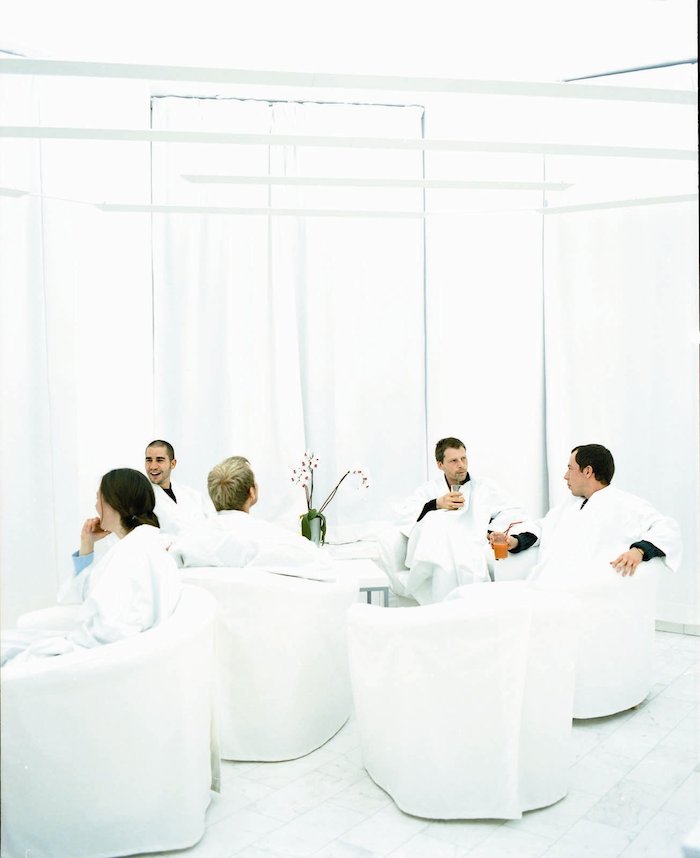