From Jenner to Tonegawa –...
Back
How the immune response of the human body works and can be affected The study of the human immune system plays a central role in medicine. Referring to the body’s own defence system, which has become out of balance, is a common aspect of visiting a doctor. We use metaphors from warfare to describe how bacteria, viruses and fungi can be detected and rendered harmless. Our understanding of the cut-and-thrust within our immune system, and the sophistication of these attacks, is always improving. Research attempts to define this immense area in various different disciplines: immunochemistry examines the structure of antigens and antibodies, immunogenetics looks at mechanisms in the production of antibodies, T-cell receptors and antigen-presenting complexes, while immunopathology and clinical immunology both investigate disorders of the immune system, which lie behind the occurrence of, for example, allergies, the formation of tumours and autoimmune diseases.

Hand with cowpox lesions; Appears In: Jenner, Edward, 1749-1823. Inquiry into the causes and effects of the variolae vaccinae; National Library of Medicine (Public Domain)

The founder of immunology is accepted as being the English country doctor Edward Jenner, who, in 1796, first inoculated a healthy boy with cowpox and – after the infection had gone – with smallpox. The boy survived both illnesses without serious problems. Although there had been reports of the targeted transfer of smallpox to healthy people for the purpose of prevention taking place in China at around 100 B.C., Jenner’s method had the decisive advantage that the vaccination did not lead to fatalities and, above all, the vaccinated individuals did not constitute a risk of infection to others. 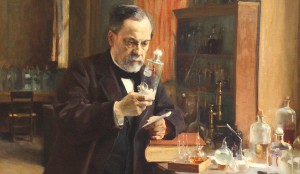 The start of targeted research in this area is considered to be the development of a vaccine to control rabies in 1885 by Louis Pasteur . It led to a nine-year-old boy being the first person to survive rabies. 350 people were then successfully vaccinated in the same year. At the beginning of the 20th century there were two major trends in immunology – humoral immunology and the newly emerging branch of cellular immunology. Advocates of the former argued that blood serum holds the fundamentals of defence against infection; supporters of the latter theory believed that cellular processes are key to defending the body against pathogens, and pointed to the effect of white blood cells on bacteria as proof of this. As we know today, advocates of both branches of research were right and it is only the interaction of all factors that yields a complete picture of the body’s immune response. After cellular immunology was finally recognised in the 1930s, the Swedish immunologist and virologist Astrid Fagraeus found out in 1948 that antibodies are produced by plasma cells. The experimental evidence represented a breakthrough – until then the function of plasma cells was unknown. Fagraeus’s Department of Immunology was the very first in Sweden and they were able to make a major contribution to the development of a Swedish polio vaccine. 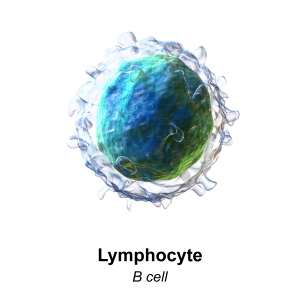 The beginning of modern immunology dates back to the 1960s. In 1974, Rolf Zinkernagel, along with Peter Doherty, discovered how immune system cells recognise cells infected by viruses and cancer. They were awarded the 1996 Nobel Prize in Medicine for their research. Eventually, the Japanese researcher Susumu Tonegawa discovered that proteins that recognize foreign invaders are encoded by hundreds of separate gene parts. The genetic material in the so-called B-cells may be combined in millions of different ways and can also be modified. The B-cells are created in the bone marrow, are among the leukocytes and are the only ones able to produce antibodies. If they are activated by antigens foreign to the body, they can differentiate into plasma cells that produce antibodies. For the results of the experiments, which he began in the 1970s, Tonegawa was awarded the 1987 Nobel Prize in Medicine “for his discovery of the genetic principle for generation of antibody diversity”. Susumu Tonegawa will, this year, be among the participants at the 65th Lindau Nobel Laureate Meeting. Other Nobel laureates delivering lectures on the complex topic of immunology are: Françoise Barré-Sinoussi (“Translational Science on Viral Diseases: From Louis Pasteur to Today”), Bruce Beutler (“Finding Mutations That Affect Immunity”) and Peter Doherty (“The Killer Defence”). Jules Hoffmann will hold a master class on “Antimicrobial Defences”. In addition, the field of tumour immunology will also be represented, by Harald zur Hausen and cancer researchers Michael Bishop and Harold Varmus, who will be attending a meeting in Lindau for the first time this year. Slider: Macrophage (red) engulfing tuberculosis bacteria (yellow), taken with ZEISS FE-SEM. Courtesy of Dr. Volker Brinkmann, Max Planck Institute for Infection Biology, Berlin/ Germany;  CC BY-NC-ND 2.0