Dorothy Hodgkin: The Queen of...
Back
2014 marks the 50th anniversary of Dorothy Hodgkin’s Nobel Prize in Chemistry: memories of a Lindau ‘veteran’ who had already been a living legend when she participated in the Lindau Nobel Laureate Meetings. Dorothy Hodgkin had been able to determine the three-dimensional structures of biomolecules with the new technique of X-ray crystallography that she helped to advance. No scientist had achieved this with comparable precision before. But how had she been able to accomplish this pioneering work, and why had she become fascinated with this topic in the first place? First, there was her open-minded parents – it was by no means a given that a girl who had been born in 1910 received a book by William Henry Bragg from her mother when she was just fifteen, wherein he describes how he could “shine X-rays through a crystal to discover the arrangement of its atoms.” Both parents had been scientists, and the girl was born in Cairo as Dorothy Mary Crowfoot. Another fortunate coincidence was her early encouragement by Dr. A.F. Joseph,  a friend of the family who later played an important role in her move from Oxford to Cambridge where she started to work with the famous scientist John Desmond Bernal. 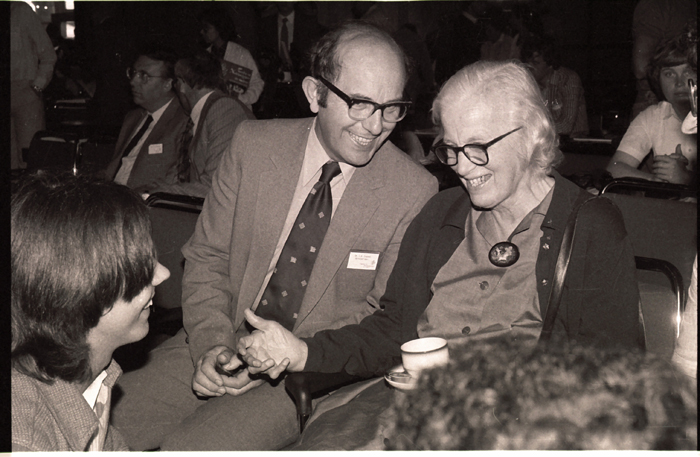 Reading about this promising point of departure, it becomes clear that her supporters must have felt that she had enormous scientific potential – a young woman who would have had a brilliant career no matter what. After this exceptional start, she was able to describe the atomic structure of the enzyme pepsin (1934), of cholesterol (1941), penicillin (1945), vitamin B12 (1956) and insulin (1969) – relentlessly and with growing passion for ‘her’ method. The American chemist and Nobel laureate Linus Pauling wrote to Hodgkin one year after he received his 1954 Nobel prize , “… to congratulate you on the wonderful job that you have done on Vitamin B12. I find it hard to believe, although very satisfying, that the methods of x-ray crystallography can be used so effectively on such a complex molecule.” 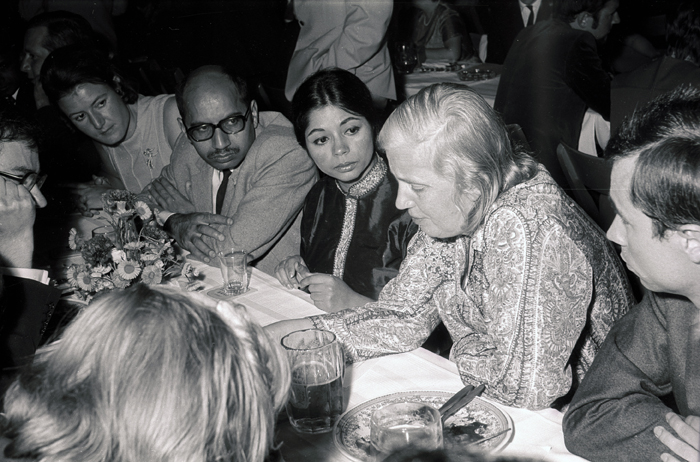 Between these milestone discoveries, Hodgkin not only worked relentlessly on refining her favourite method – she also had three children, whom she apparently fitted seamlessly into her busy life. In the German weekly newspaper ‘Die Zeit’, her assistants were quoted on the occasion of her winning the Nobel prize, that for her “crystals and children seem belong to the same sphere”. As if raising a family and having an award-winning career isn’t enough, she was afflicted with severe rheumatoid arthritis after the birth of her first child. Still, Hodgkin refuses to be seen as a role model, as her biographer Georgina Ferry points out – even if it is hard not to see her as a bright example. She deserves our respect for fighting a crippling disease while pursuing a demanding career, raising a family and being politically active at the same time. Looking at the photographs from the Lindau meetings with young scientists, you can see on their young faces that she must have been a fascinating personality. Hodgkin came to Lindau five times, the last time in 1989, five years before her death. Four of her lectures can be heard here, audio only. Because we cannot see her face while she talks, the listeners’ concentration seems to become all the more alert. The Lindau Nobel Mediatheque also features a comprehensive Research Profile on Hodgkin’s work by Luisa Bonolis. You see, there is much to read and hear to (re-) discover Dorothy Hodgkin. 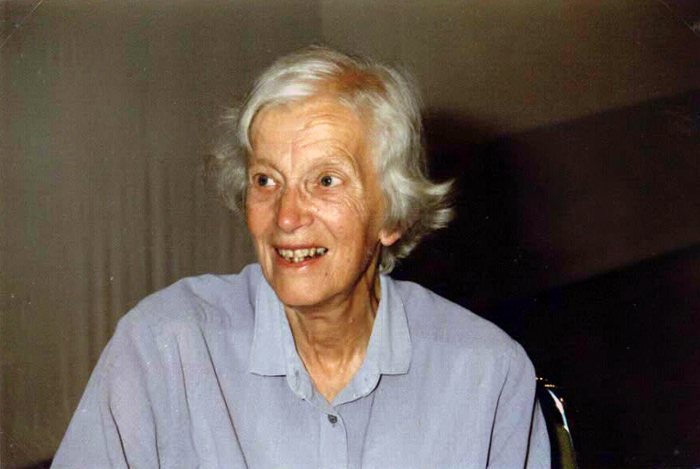 Naturally, she received many posthumous honours like a research scholarship in her name, and she was remembered in popular culture with a Google Doodle at her 104th birthday on May 12th, 2014. Her research is also well presented in the Science Museum in London. The Google Doodle was followed by many commentaries and an original obituary with the title ‘Nobel-winning chemist’s inspiring career is ready for its (molecular) close-up with Google Doodle’. Recently, Bloomsbury published a new edition of her biography, ‘Dorothy Hodgkin, A Life’.